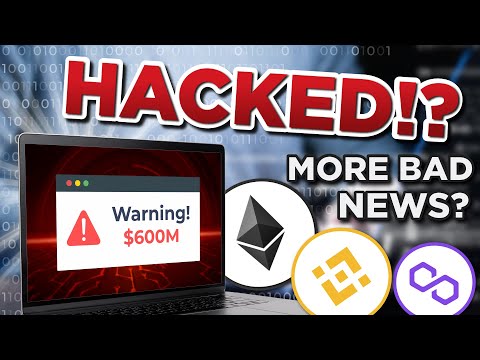 $600 million dollars hacked as the largest DeFi hack in cryptocurrency history, the USA government cracks down on cryptocurrencies with bad legislature and more bad news like ETH mining profits dropping but there is a 5 ETH giveaway! Subscribe to VoskCoin - http://voskco.in/Sub

The biggest hack in DeFi decentralized finance JUST TOOK PLACE as POLY NETWORK LOST $600m+ of funds… This is NOT the Polygon MATIC network POLY network is a different project but the good news is WHEAT yield farm is giving away 5 Ethereum that just keeps going up in value! The USA government continues to work on disregarding crypto investor input and make it more difficult and cumbersome to be a Bitcoin miner, Ethereum staker, or crypto investor and developer… As it stands we have lost the short-term legislation battle over cryptocurrencies with the United States government but we will not simply give up. EIP-1559 has negatively impacted Ethereum mining profits but they are burning an insane amount of Ethereum with less than 25% of ETH transactions even being EIP-1559 txs! 1inch is giving aways millions of dollars as a ETH gas cashback incentive for those staking their tokens and much more in breaking crypto bitcoin ethereum news today!

VoskCoin is for entertainment purposes only and is never intended to be financial investment advice. VoskCoin owns or has owned cryptocurrency and associated hardware. VoskCoin may receive donations or sponsorships in association with certain content creation. VoskCoin may receive compensation when affiliate/referral links are used. VoskCoin is home of the Doge Dad, VoskCoin is not your Dad, and thus VoskCoin is never liable for any decisions you make.
$600m DeFi HACKED and USA government CRACKS DOWN on Crypto and more BAD crypto news… 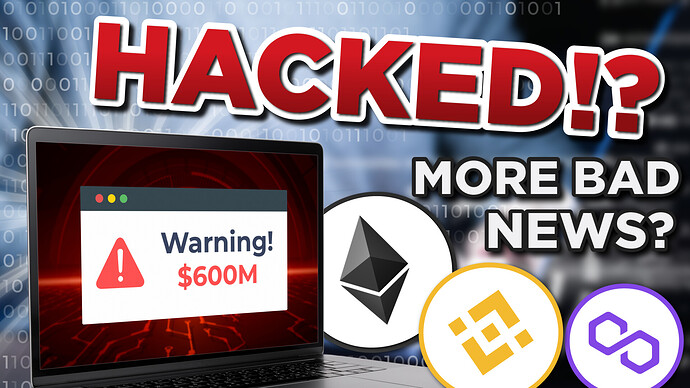