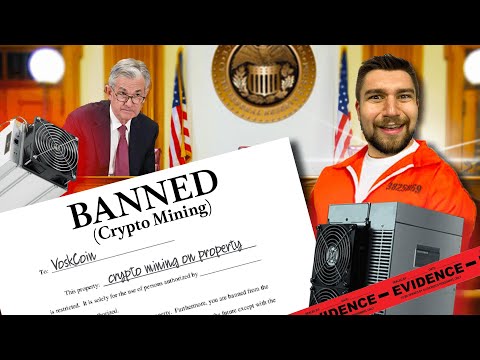 Bitcoin and Crypto Mining BAN - WTF?! Governments are scared, banks are scared, Bitcoin and cryptocurrencies are putting the power of money back into the hands of the people and now they are resorting to BANNING BTC and Crypto MINING?! Subscribe to VoskCoin - http://voskco.in/Sub

This isn’t clickbait and it’s not fud, Russia is moving to Ban bitcoin mining and all cryptocurrency use following another supreme control government move like China and their Bitcoin crypto mining ban. Last year even the US government had legislation threatening to make bitcoin and cryptocurrency miners criminals if they continued. So WTF is going on, is Bitcoin going to be banned and will Bitcoin mining be outlawed under the narrative of BTC miners destroying the world which is the same narrative that some media and governments backed by banks are trying to push forward on NFTs to get every NFT banned as if these digital collectibles are also destroying the planet… wow what a world we are living in. 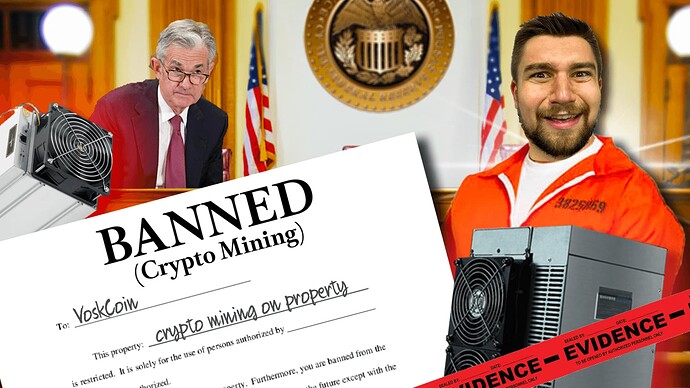 Well what’s everyone opinion, are we going to have a bunch of miners to use as paper weights?

It’s funny because I look at the wholesale electric price in my area and the wholesale solar price is always negative to export to the grid because its always oversaturated with solar, and I live in the city where Elon Musk built the worlds largest lithium battery. All that excess solar goes to waste, yet “its bad for the environment” to use all that green energy from the grid… news flash not all power from the grid is from coal. But hey if the news paper that cuts down those trees to print their papers on says its bad for the environment then it must be true…

banned ? in the us ? yea right. theres toomuch money to be made with the governments greedy as*'s. they proly gona tax it like everything else. its all about the $

They banned it in communist countries… With the Woke culture of the USA someone cries enough it can happen, especially with the people in power today.