Well, this time rather than write about established games, I figured I would mention a couple extremely early projects that are still pre-Alpha. At this point they mainly have a social media presence, but are doing giveaways of WAX promotional artwork/NFTs.

The first is Muterra, a planned Pokemon style game that expects to run on the Hive Network, but have assets on the WAX blockchain. So far they have a Twitter account and Discord channel:
Discord: https://discord.gg/x8JHJJhBPK
Twitter: https://twitter.com/MuTerra2/status/1382750222527303681

Astral Entities plans to be a multi-game project using a single set of WAX NFTs. They plan to initially release a 1 on 1 card game, followed by a tower defense game. They currently just have a Discord channel: 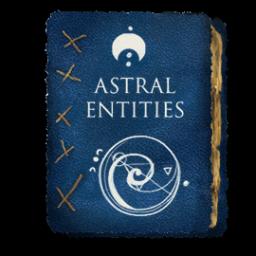 Check out the Astral Entities community on Discord - hang out with 244 other members and enjoy free voice and text chat.

Will these projects ever get off the ground, or are they simply attempts to cash in on people’s interest in NFTs? It’s too early to really tell, but you can check them out and decide for yourself. In the meantime, free drops on WAX are always nice to get