Cryptocurrency mining manufacturing companies are scamming us with certain ASIC miners, like Bitmain and their Bitmain Antminer Z15. This miner revolves around Zcash which is about to be 50% less profitable?! Sub to VoskCoin - http://voskco.in/Sub

Time and time again crypto companies that produce mining rigs will take pre-orders for a new miner they’re making. These mining rigs are currently projected to be SUPER PROFITABLE and basically earn you a ton of money all through passive income. However earning money is not easy, and cryptocurrency mining is not so simple with limited variables. These ASIC mining manufacturers, like Bitmain and their recent Antminer Z15 Equihash ASIC ZCash ZEC miner release show that they know when to take pre-orders where a miner will seem the most profitable to potential buyers. The Bitmain Antminer Z15 is 3x more power and 3x more efficient than the Bitmain Antminer Z11 which was a better miner than the Antminer Z9 and mini and WAY more powerful than GPU mining rigs. The Bitmain Antminer Z15 is supposed to mine ~$18 dollars a day on a residential electric rate thanks to its 420k sols per second and only consuming 1,510 watts?! Anyway Zcash ZEC is halving, and with that mining profitability will be cut in half, so Zcash would have to double in price just to MAINTAIN the current mining profitability, which will also be pushed down because they’re releasing a ton of more powerful and more efficient mining rigs… the Bitmain Antminer Z15’s… 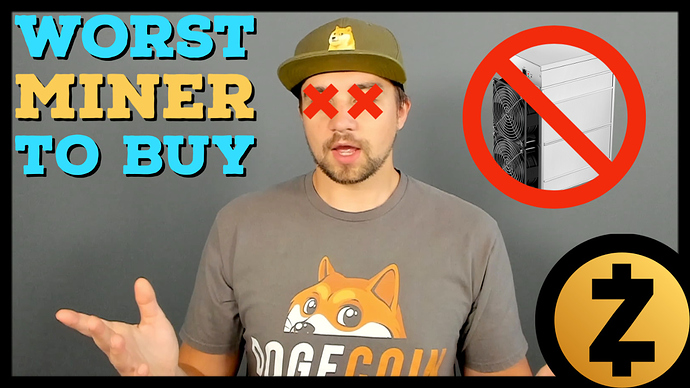