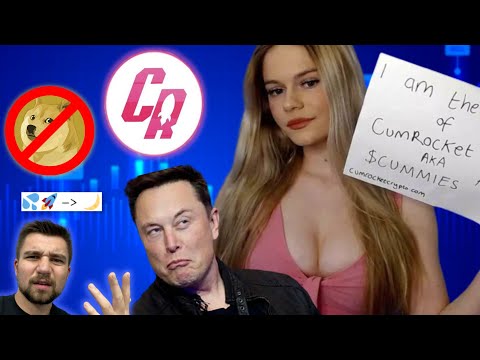 Elon Musk the billionaire wannabe Tony Stark has broken up with Bitcoin and has put his dog DOGE the Dogecoin up for adoption as he now wants to ride a CumRocket to the moon pumping CUMMIES?! Subscribe to the best Crypto YouTube channel - http://voskco.in/Sub

Bitcoin and the cryptocurrency sector is getting dumber by the day lately, as billionaire boy Elon Musk ditches Bitcoin, pumps Dogecoin, and now he seems to have forgotten about his beloved dog and is posting cryptic tweets to pump cumrocket cummies a deflationary token on the Binance Smart Chain meant to power their NFT 18+ adult marketplace that does not exist yet. Forget Ethereum and Vitalik Buterin when you could invest in a project made by viral tiktok shill crypto investor and creator Lydia of TLDRfinance. Say no more fam what else would I invest my stimulus checks into than the hot new crypto tokens cummies swapping for stimmies stim check investing baby! 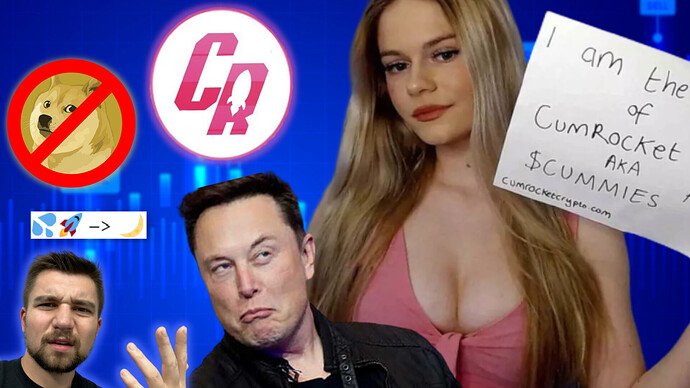