About 65 days ago, I was thinking about working on a project where I tracked data per miner and tracking to see how well these miners actually are… I had stable rigs; that ran for months on end and I was looking for something to do… So, on Monday September 9th I started running a test on Team Red Miner 0.7.10, Phoenix Miner 5.1c and Claymore 15. Each miner was assigned a card a card within the mining rig, each card has the same exact settings within Over Drive N Tool, each card was connected to the same pool with their own ETH address. The idea was; if the rig crashes for whatever reason, all 3 miners would be effected the same amount of time.

So, each morning for the past 60 days I logged into the pool and gathered the Avg hashrate at the pool reported over the prior 24 hours, the total shares, stale shares and also the amount of ETH mined in the past 24 hours.

Here is the link to the spreadsheet for the numbers collected daily.
https://docs.google.com/spreadsheets/d/e/2PACX-1vRU7H6KI8QXShrf9zygsw5p3aRcdGzH-c_WdDogmzr9BHZdsm1hmzKW7UvmxwsguWt67UuCN2cHzQPk/pubhtml
After I started this test, I then realized that Claymore was EOL, so after 30 days I stopped gather stats on this one. Also, LOLMiner hadn’t realized their eth miner at this time.

Let dive into some stats shall we?

As you can see, TRM was clocked in at 56.61 mh in the miner console, with a 1% DEV fee I was expecting roughly 56.04 mh at the pool. Over the course of the 60 days, they were able to achieve or exceed this number 26 days (43%) The average hashrate at the pool over those 60 days landed them at 55.36 mh and total shares daily at 1197. They produced the most ETH on a daily basis 31 days (51.6%). Their average hashrate was down at the pool 1.21% from their expected hashrate. I saw this number go as low as 1.4 % and as hash at .9 %. Over the course of a longer testing period with higher hashrate (more gpu), you would see the average hashrate typically average out to being close to what is expected based upon the days at or above their expected hashrate.
Pheonix Miner:

As you can see, PM was clocked in at 57.63 mh in the miner console, with a .65% DEV fee I was expecting roughly 57.26 mh at the pool. Over the course of the 60 days, they were able to achieve or exceed this number 8 days (13%) The average hashrate at the pool over those 60 days landed them at 55.14 mh and total shares daily at 1192. They produced the most ETH on a daily basis 19 days (31.6%). Their average hashrate was at the pool was 55.14 mh which is 3.69% off from their expected hashrate. After about a week, most of the time the average hashrate at the pool was off 3-3.75%. Which is very concerning.
I know some of you will take this as a grain of salt and throw your hands up and say, there is no proof that PM lies on their hashrate – 2miners did the same thing and their test produced the opposite results! 1st, the 2mineres test was merely for 2 hours… If they wanted to something significant they should have collected data over the course of 30-60 days. Also, if you head over to the largest ETH pool (Ethermine) and check out the top miners with the crazy large farms you can see plain as day too. 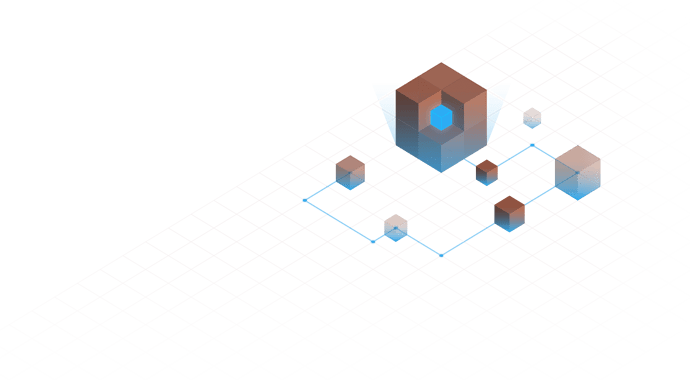 We host a range of high performance mining pools with servers located in Europe, Asia and North America!

Primarily what I wanted to do; is test each miner out side by side… Same pool different addresses and throw these stats on a spreadsheet for all to see and digest… I want to challenge everyone not to just take whatever these miners are producing at the console to heart! I want folks to look at these numbers and then take it to the pool and track them and verify them yourselves. I want the folks like BItsBeTripping, Vosk, Red Panda Mining to do their research too and not just always use the same miner for testing…

This is my take on the whole report – PM a few years back was able to get their hands on a stolen Claymore kernel (supposedly) so they came into the crypto world like a rocket ship with the “fastest and lowest dev fee miner” available. They took that kernel and lowered the Dev Fee and added the extra fluff to get to that point. They wanted to gain as much Dev fee as possible from Claymore at the time. You’ll never see that miner console reported hashrate at the pool (Long term) which means long term planning on how much ETH you’ll be getting will always be short. Depending on your hashrate, you could be “losing” up to an ETH per year! (It won’t be lost, but you’ve projected yourself out to get roughly 13 ETH by year end based upon what the miner console says, but you really only got 12 ETH)

Please Note: I’ve already started running full miners on these ETH addresses to clear whatever remaining ETH out of the pool. 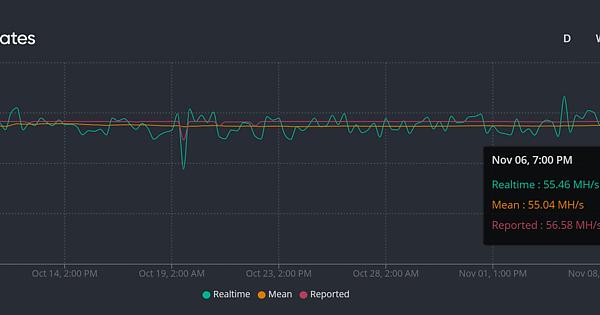