Ethereum Mining is RUINED... but why? 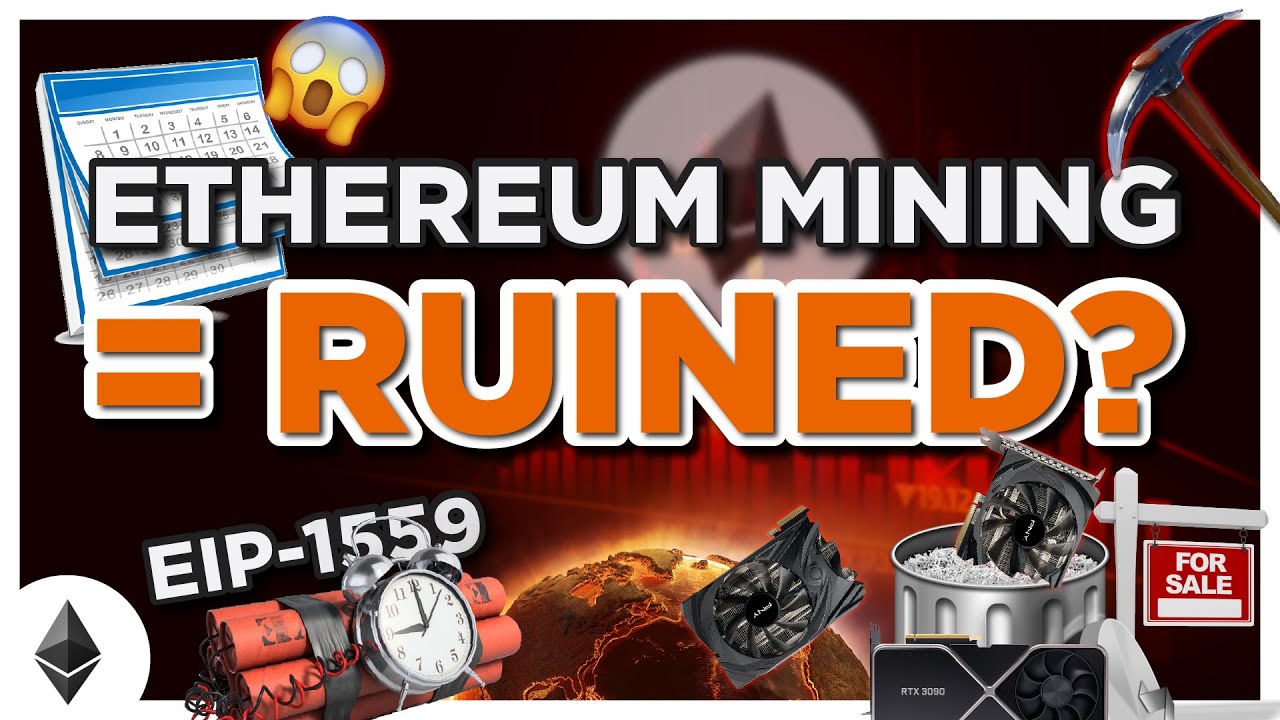 Ethereum mining is ruined, and Ethereum mining will become MUCH LESS PROFITABLE but will Ethereum still be worth mining since ETH is so valuable right now?? + EIP-1559…
Subscribe to VoskCoin - http://voskco.in/Sub

Get up to $250 for FREE with BlockFi - https://voskco.in/blockfi

Ethereum mining is more profitable than ever but that’s all about to change. Even though Ethereum is the highest price relatively it has ever been and Ethereum developers have continued to decrease ETH mining rewards over the years… Thanks to Ethereums high price and unfortunately also high ETH gas fees due to network congestion Ethereum miners are the most profitable crypto mining rigs you can buy or build! EIP-1559 does not reduce gas fees or fix the outrageous transaction fees or costs to send Ether and other tokens on the Ethereum blockchain, it simply makes gas fees more predictable BUT gas fees are burnt and not recycled back to the miners which basically means that Ethereum miners will suffer a ~30% reduction in Ethereum mining profitability. When Ethereum finally cools off and the ETH price comes crashing back down to a couple hundred or even several hundred dollars per Ethereum many Ethereum miners will never ROI or even break even on their Ethereum mining rig investments. Let’s review Ethereum mining!

EIP-1559 is greenlit for Ethereum London hardfork in July - https://www.coindesk.com/ethereum-improvement-proposal-1559-london-hard-fork
When will Ethereum mining end?! Explained! https://medium.com/voskcoin/when-will-ethereum-mining-end-8020d6f56e79
Learn more about EIP-1559 with Son of a Tech - https://www.youtube.com/watch?v=K9z4W1q9MqM
Join the Crypto Mining YouTube roundtable w/ Bits be trippin - https://www.youtube.com/watch?v=GlrbQufnPbo
Red Panda Mining and his tweet started the ETH 51% attack?! (no) - https://twitter.com/RedPandaMining/status/1368625214674796550 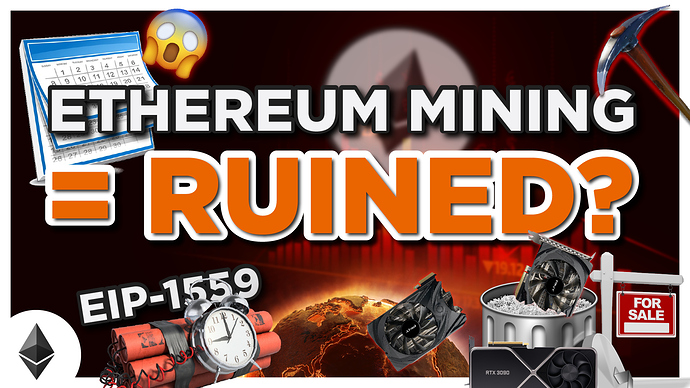 Man, 3 videos in one day

So much to watch!

– was a long day to say the least!

I’m totally new to GPU mining… heck mining in general. I purchased my first GUP rig this past weekend. Then I saw this video… boy what a slap in the face… okay… so if Etherium is abandoning GPU miners… and I’m not going to sell my rig… what other coins are worth mining? There are so many other coins that are good know? please let me know