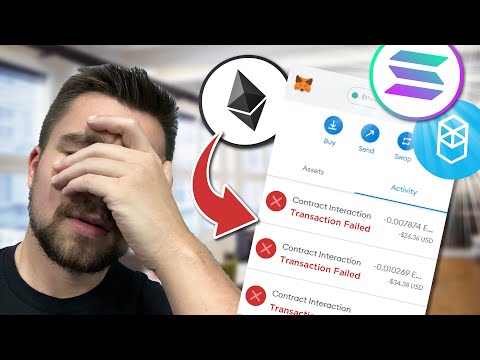 Ethereum seriously sucks to use, some crypto investors became a millionaires by investing into Ethereum BUT you’ll become poor if you actually use ETH due to insane Ethereum gas fees! Subscribe to VoskCoin - http://voskco.in/Sub

Etheruem sucks and I say that as someone who has been investing, using and mining Ethereum for over 4 years now. I began as an Ethereum GPU miner and now I ASIC mine Ethereum but I am a huge ETH DeFi user and I also love NFTs and Ethereum is still the most popular platform for DeFi dapps like decentralized exchanges like Uniswap to launch on and most NFTs are still bought, sold, and of course minted on Ethereum. Ethereum gas fees are too high, ETH GAS is RIDICULOUS why does it cost hundreds of dollars to send Ethereum, ETH tokens, and to mint an NFT its a failure on Ethereum developers for not scaling their blockchain properly. EIP-1559 was controversial for numerous reasons but the summary is that EIP-1559 made GAS FEES WORSE, great job ETH devs…

The bottom line is that Ethereum is beating itself and opening the door for competitor blockchains to come in and be the next best blockchain to use. This is exactly why Binance Smart Chain BSC has had massive growth over the last year and that Solana SOL is now a top 10 cryptocurrency that has been SURGING in price making Solana investors millionaires if they saw the sam vision and there are other blockchains trying to specialize in NFTs and cheap fees like Fantom FTM so Ethereum better shape-up or simply lose their position as a leader in the blockchain space. 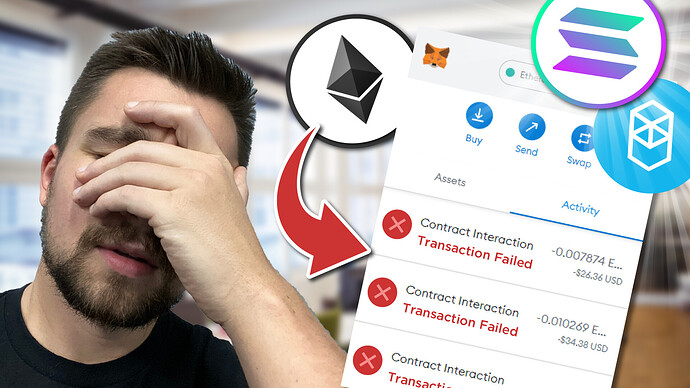