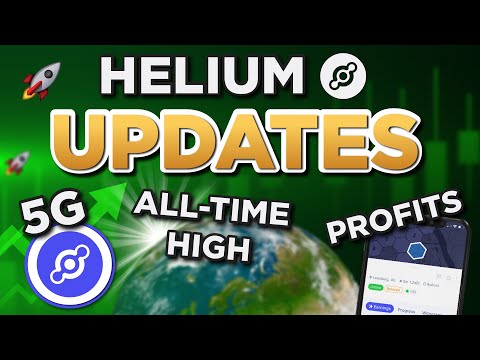 Helium Mining is the most profitable way to mine cryptocurrencies now, and HNT is the fastest growing 5G network. Let’s review my hotspot mining profits and HNT price prediction! The Bobcat Miner 300 is the ONLY Helium miner you should buy - https://voskco.in/HNTb

Helium hnt hotspot mining is a lot of fun, and I have made a lot of money mining Helium coins. Helium hotspots are building a decentralized LORA network and it’s powered by their HNT coin on their own blockchain. Today I review my real-world Helium mining profitability and how the Helium halving impacted my mining rewards along with a price prediction for Helium HNT. Helium is pivoting to become a 5G network which is setting them up for an even bigger upside than before. Helium HNT is one of the most ambitious cryptocurrency projects to ever exist! 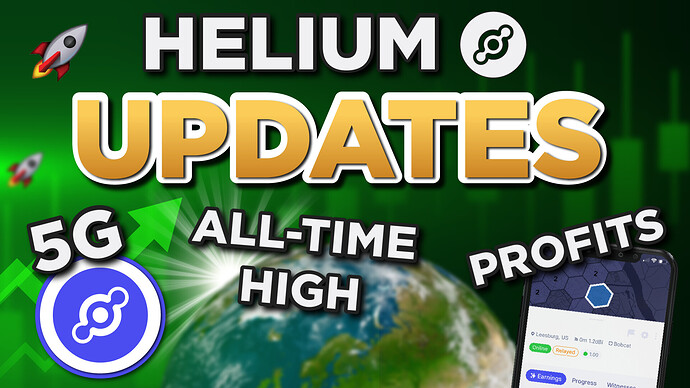 What miners what ru talking about! There are zero miners for sale ZERO! DUDE… Not only that if your sent miners you be taxed, completely unbenounced to me. The miners without refund will be sent back like my bobcat miners I mean WHAT THE FUCK!!!

Why the f%$k didn’t anyone mention that

And why so many different sites? Discord, the one I am one etc…

Hello All!
Am new to site, ordered 2 syncrobit miners month ago, there is so much I need to learn
Have viewed Voskcoin and want to understand so much more, this is my first post, can someone acknowledge they see this??
Please

Hello, and welcome. I have seen your post. Yes the learning curve is about two full years, yes two full years. So hang in there and have some fun with it.