Under the deal, Nova Labs also will be able to offer mobile products and services that use both networks, according to a press release. Terms of the agreement weren’t disclosed.

“The announcement comes as Nova Labs plans to launch Helium Mobile, which will enable subscribers to earn crypto rewards for using the network,” said the press release.

Under the agreement, Nova Labs will be able to use T-Mobile’s nationwide network to provide coverage for Helium mobile customers in places where the Helium 5G network doesn’t exist, said Boris Renski, general manager of wireless at Nova Labs, in an interview with CoinDesk.

Renski said that Helium will be paying T-Mobile for its Helium mobile subscribers in the areas where it does not have coverage. There’s a map showing where there are currently 5G radios offering coverage.

“It’s not perfect coverage and there’s a lot of dead spots,” said Renski.

“But with the model that we are pursuing, it’s important to understand we are not looking to replace large mobile operators with our network, we are building a network that could be a complement to the existing macro network of the operators,” he said.

A beta version of the service is expected to launch in the first quarter of 2023, according to Nova Labs.

The Helium Network is a decentralized grid of wireless hotspots that aims to provide an alternative to hard-wired internet or mobile data service. There are currently 900,000 hotspots worldwide.

“T-Mobile is excited to support Nova Labs’ innovation in this new crypto-powered space by enabling their mobility on the nation’s largest, fastest and most reliable nationwide 5G network,” Dan Thygesen, senior vice president of T-Mobile Wholesale, said in the press release.

Press officials for T-Mobile described the deal in an email as a “standard wholesale/MVNO agreement” that’s available to paying wholesale customers. An MVNO – or “mobile virtual network operator” when spelled out – is a wireless communications provider that doesn’t own the underlying network infrastructure; this type of agreement allows for the purchase of airtime at wholesale rates. 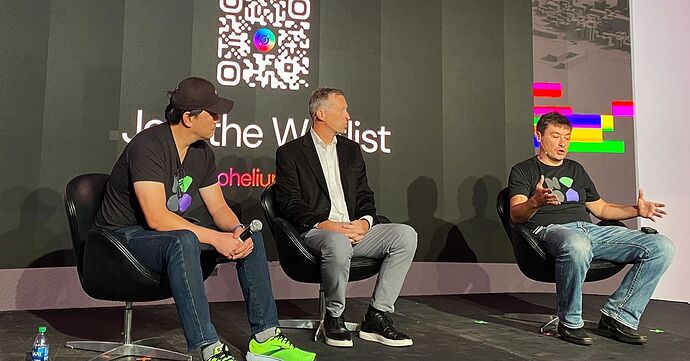 Terms of the five-year agreement with the wireless giant weren't disclosed.

Sounds like big news. What do you guys think?

I think Helium is a little shocked that with a million HNT miners, only 5000 have opted to spend another $1600 for an outdoor 5G antenna. That’s assuming they already have $999 FreedomFi gateway.

The Mobile token has no value.
They don’t know what their beta 2023 cell plans will cost.

To earn anything they’ll need to successfully enroll new cellphone customers in an extremely competitive marketplace, all while paying TMobile to haul traffic where they don’t have 5G miner coverage.

Helium is an iot solution that didn’t produce a superior use case and sell it to retail iot customers.
A TV antenna network with no TV shows.

Now they want us to build a free cell network for them with zero cellphone customers. That’s a billion dollar ask. They have zip experience in that market nor the deep pockets needed to pull in subscribers.

They need to solve iot use case or sell to someone who can.

Interesting, don’t forget that Solona is coming out with their own phone as well… the partnership between Solona, helium, and T-mobile… makes me think there is a larger plan in the works….

Let’s hope. I’ve got 6 of these critters and still sitting on the HNT I’ve earned

Yes! I share your thought… despite the overall mood of people and helium, I’m pretty happy with my Bobcat miner I got.

I even received it late into the game… delivered this year late spring timeframe.

Had fun setting it up and it’s running like a champ! The transition to light hotspot is wonderful in my opinion… no port forwarding and a lot less data used.

It’s the only miner I have that cost pretty much nothing to run, and is earning roughly 5 HNT a month!

If you FOMO into a successful long term project, you lose out short term… but long term you can do ok…

Usually if you FUD out, you lose everything…