How hard has this bear market been for Bitcoin mining? 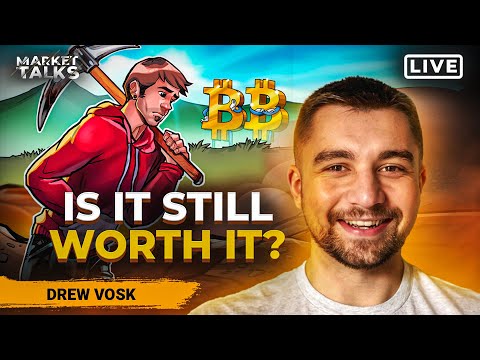 Cointelegraph interviews me Drew Vosk of VoskCoin on how to navigate mining in a cryptocurrency bear market!

Cool interview, one thing I want to point out with solar exporting - while I don’t live in the US but here in Australia there has been huge incentives for home owners to buy solar, which has resulted in solar feed in prices to go real low, and they actually limit the amount you can put in the grid (5kw per phase) along with during solar hours the demand for electricity is low, so the spot price is generally not favourable for solar. I bought an electric car for my wife and I love it, but most people driving electric cars will drive their car to work during the day and then charge their cars at night, making peak prices more expensive. I believe that the demand for electricity will continue to rise as we consume more, but not during solar hours. But as more people turn to solar the FiT will drop, sort of how like as more miners come online the less profitability you will have. My parents got solar about 15 years ago and their FiT was 50c/kw and now the best deal you can get is 8.5c/kw

Should also mention that solar exports are limited to 5kw per phase for homes due to grid stability and not overloading it. I thought it was worth sharing with you what has happened in other countries so you can get a good picture of what is possible. Good luck all the best

I also live in Australia, I found your input very interesting/informative.
Do you utilize any of your solar for mining? Cheers,

At the moment I am running on a small 8kw system with a Tesla power wall as backup (13kw). I have a shipping container on some farmland ready to put miners in as soon as the gov gives the go ahead to add 40kw of solar to it, and the expected eta for that is January (I have been saying the eta is since last September but the gov have been painful) The guy doing my solar is interested in the mining side of it, and I also have 30kw of LIFEPO4 batteries ready to go along with starlink (I’ve had starlink on my house for about 15 months and has been great)

So it is frustrating that I am going to miss out on the best solar months this year. I have a huge dam, I originally thought it was 40 mega litres but after asking my old man he said it’s 40 million gallons. Regardless there’s good overflow on the dam and if I ran a pipe from the dam to the lowest point I think there’s 10 meters of head for hydro so during the winter I want to see if I can put my shipping container down there and get some hydro power, because in the summer I think 40kw of solar will generate 300kw a day here but the worst winter days will be 15-20kw.

You are trying to achieve everything I have always dreamed of mate. I love your enthusiasm and the will power to act on it is astonishing!. I also am a farmer funny enough, maybe different industry’s though.
Unfortunately, I only have access to a single phase SWER line , which limits me to only a small 5kw system. I have been looking into an off-grid system like batteries, but obviously you nearly double the cost verse putting it back into the grid which I am unable to do. I have often thought of contacting power SA to inquire about whether or not it can be upgraded to avoid a battery system.

You are very informative with an abundance of knowledge regarding this, would love to talk more!

Awesome I’m in SA too. My house is single phase but getting 3 phase on the land with my container. I am tempted to go off grid but I was told it’s more expensive to go off grid and although the FiT is peanuts it at least gives me a backup energy source if anything goes wrong with the solar.

I certainly don’t know everything but I am trying my best to talk to people and learn more.

That’s awesome what do you farm? If you farm cattle I’ve seen guys run 50kw biogas generators from the cow Pattie’s, although I guess we are trying to generate passive income mining not becoming a full time shit shoveler

That’s pretty cool, I would love to see it one day. I mainly farm chickens, a few mil a year. I have often thought about the bio gas tech, but setup costs would be very very expensive. 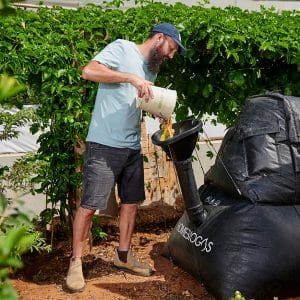 HomeBiogas is a biogas digester that treats organic waste in a local and sustainable way. Producing biogas for cooking & rich fertilizer.

That is very cool!
only question is, how does one turn the gas into electricity to power miners?

Awesome with the chickens mate, mine only got nabbed by a fox a few weeks ago

With turning it into electricity you can convert generators to run with gas or you can buy tri fuel generators that can run diesel, natural gas or biogas but I’m pretty sure natural gas runs the same from what I’ve read. Only thing is you can’t run the generator 24/7 it’s only something like 6-8 hours at a time.

You got those 1000 litre shuttles on your farm? I’ve seen people convert them into a bio digester, when I made mine for shits and giggles I used a 200 litre drum. I’ll post some links for reference below 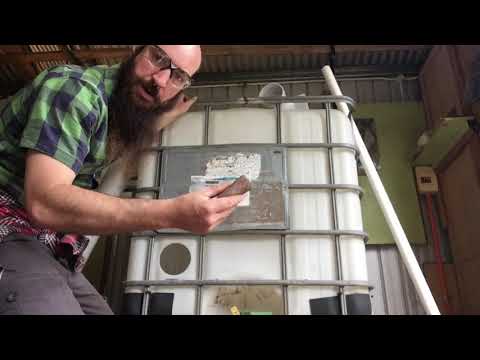 That is very impressive! I will be very keen to try this out. Unfortunately we dont use IBC units, we use alot of 200L blue drums for washing the sheds ect, I can still source them out though.
I am very sorry to hear about your chickens…

I can give you some if need be? But, they are meat chickens only.

This is making me keen again to try and get in a tri fuel generator now I think about it more, I might be able scale out and run some miners on solar + Lithium backup + natural gas generator backup and then see how many watts I can get from hydro and have some miners there during the winter and then when it’s summer and my solar generates 300kw+ a day have them all in the one location. God it’s so damn cool if I can generate enough electricity to power 20 homes haha.

I had laying hens, was hard trying to explain to my kids that they ran away lol.

Do you have discord? If so send me a PM with it, would love to know your setup. Cheers

That would be an awesome setup! I would love to help out where needed?
You could always convert a petrol Gen into a gas? whether its fuel consumption would differ by much, I have no idea. Going off,
OK at EVERYTHING - PRO at NOTHING 's Vids, His gen seemed to consume a lot of the N gas whith minimal load and run time.
I only have dreams about that kind of setup lol.
Yes, have discord.