How is this this still allowed at POC V11 ? Really unfair for the rest of us!

Stumbled on this today and wanted to share to see if anyone has any explanation for me since it is absolutely clear there is deep spoof mechanism happening here and Helium don’t seem to be able to stop these users therefore affecting all the other legit users out there who are trying hard to make sure they have the right setup / antenna placement for max rewards.
When you see the images it will make sense.
Just go to the top-charts on heliumtracker.io and notice the top 3 hotspots all belong to one person and is based in India in literally the middle of nowhere. There seems to be a type of spoofing where it involves a person that has managed to trick the system into thinking there 442 miners in one Hex which are all mostly offline except a few, this must give the area a higher number of beacons allocation for that region, which only fall on the active hotspots all by the same user generating him immense amount of rewards.
Am i missing something here ? can someone shed some light on this ? 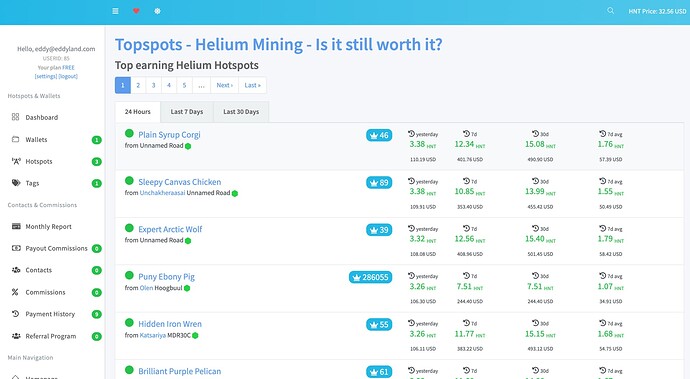 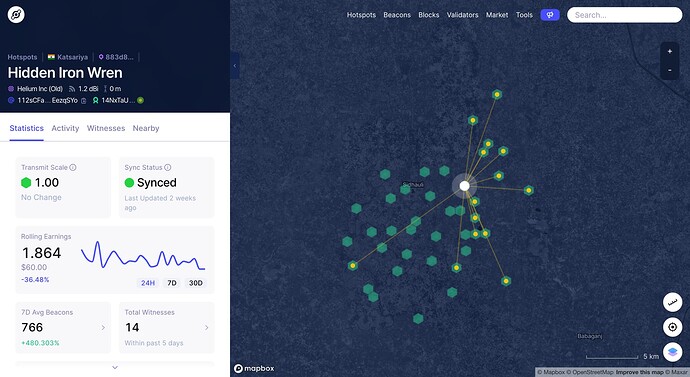 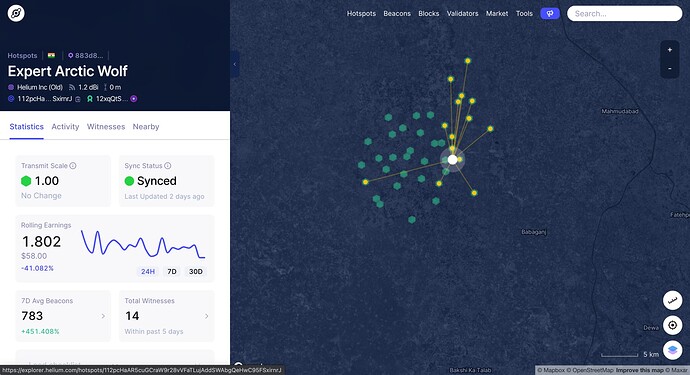 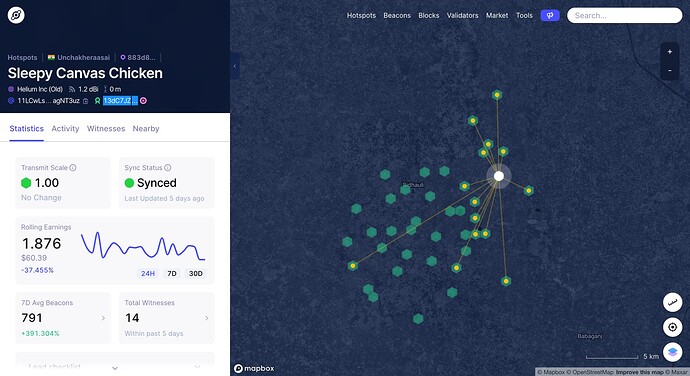 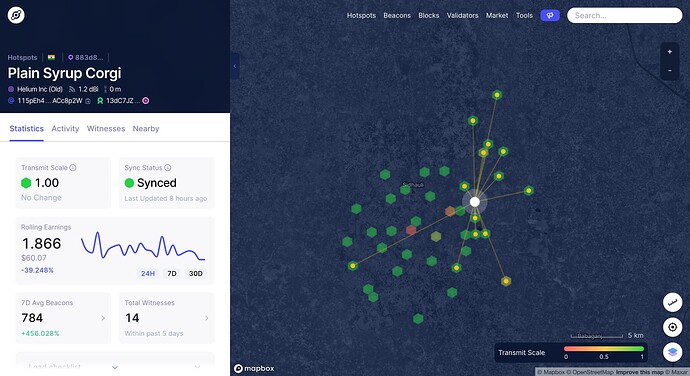 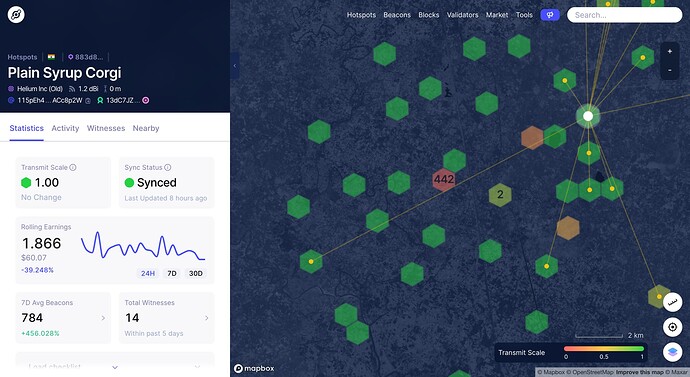 I have heard that word " spoof " used so many times in this Helium Network of operations. What is a spoof to this situation? In the computer industry you can spoof a MAC address or an IP address. But you are working with a piece of hardware in some way to create the spoof trail.

This Helium mining requires a piece of hardware. It receives a signal and it responds to that information back in a signal.

I have researched if there was a way to take an existing piece of hardware and force it to broadcast at the 903mHz to 915mHz frequency making a Bobcat or RAK think it is being challenged so that it responds with a Beacon or Witness. There is no device to spoof that process.

So how is it that people accuse someone of spoofing? Nerdy Dude is the worse to use that word on his YouTube channel. He looks up miners for people and if something does not look right about the HNT made or its just high beacons with no witness, he just says… Yup, thats a spoofer…ignore his money, its not real.

I do not see how he comes to that conclusion what so ever. I dont see someone taking a PC and making it into a Helium device and WiFi broadcasting at 900-915mHz spoofing the signals to gain HNT rewards.

So what is this spoof word you guys are using?

The Gamer of the system in March to November was the miners up on Towers. They only beacon but it appears that the HNT made on Beacon only back then was really nice. Up to $10000 USD on just one miner in Virginia. So the tower miners have taken a huge hit. That should have been addressed in the POC to start with. Its a 4dB antenna on a BobCat and about 2.3dB on the RAK. The issue was if you work or live on the 40th floor of a office building. That is a valid mining spot if you really want to put a miner on the 40th floor of your building. So yes, there can be antenna heights of 125 meters is valid. However that was not meant to put a remote install of a miner on a Radio / TV tower at 125 meters too with a 8dB antenna to broadcast to the whole city and maybe a few others too.

The Helium Network ( The people’s netowrk ) has a long ways to go to be solid and worth investing alot into it. I have 2 miners now working. I dont look at the HNT made but once a week. I move the HNT to staking and I have about 1000 USD in that now from a 60 day process of work. Just not sure what 2022 will hold for this HNT process.

Spoofing here means you have the miner in one place and you place it on the app somewhere different to maximise the rewards. in this case the spoofing i mention is, all these miners are sitting in one room physically but on the app he has placed them all over the area about a hex away to trick the system to think they are all at least 300m away from each. POC v11 should have stopped that from rewarding. i can tell you that i have physically done that when i first got my 20 miners and although they were all in my room i purposely virtually placed them all around my city to see if it works and guess what , it does. This is spoofing and even though i tried it to see if it works, i feel its completely wrong and defeats the main purpose of this network.
But more importantly you didn’t even touch on the 442 miners has has in one hex , especially that the make is supposedly “Helium inc OLD” which i am guessing the OG miner. How did he manage to get 442 of those ? how are most of them offline and how is he getting away with this ?
Look at the amount of beacons his live hotspots are getting.
No one seems to know the answer to this

Ok, now I understand the process of a spoof.

Spoof the location is actually good for everyone in that HEX.

Look if the hex my location is in occupy 3 miner already, and the hex just to the left, right, up, down… whatever is empty, you move your miner to that empty hex location not only helps you , but the others in that hex already you occupy. Your transmit rate needs to be 1.0 for the best returns and the other miners already in that hex would love to see you not add yet another to that hex.

Now I do get the guy that owns lets say 5 miners. He wants to do the 5 point square setup. Miner in the middle, one left, one right , one upper , one lower. He is limited still by the IP address. He needs to own 5 different IP address too. Its been my thought that he even needs to own 5 cell phones to have 5 different wallets. If you live in the rural area were there are no other miners to hit for beacons and witness, setting up the 5 points of mining would work for your own beacons. I am pretty sure that they will never Witness however as the RSSI / SNR part of the POC process will catch that. You will only be a beacon point on each.