I Spent $1,000s of Dollars to Earn $100s a day in Passive Income Mining Cryptocurrencies 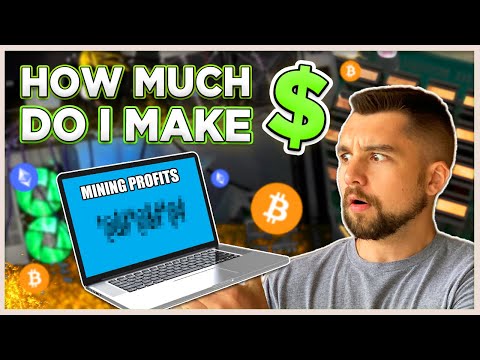 I spent thousands of dollars to earn hundreds of dollars a day in passive income mining cryptocurrencies like Bitcoin, Ethereum, Dogecoin, and my most profitable miners, HNT hotspots! Buy the BEST Helium miner at the BEST deal - https://voskco.in/HNTb

Is spending thousands of dollars buying and building crypto mining rigs worth it? I review my real-world mining profitability with my cryptocurrency miners that I spent 1000’s of dollars on to earn 100’s a day in passive income working from home mining Bitcoin Ethereum Dogecoin and other crypto coins like Kadena KDA and Nervos Network CKB. Let’s review my mining profits and if it’s too late to get into mining, what are the best miners to buy, how much my mining rigs cost, and how to earn more money mining crypto at home!

00:00 Spending thousands to earn PASSIVE INCOME
02:15 Is it worth getting into CRYPTO MINING?
03:20 How much do I make mining ETHEREUM?
04:13 Getting the current market value for your miner from eBay
05:18 Buying from manufacturers directly GOLDSHELL BITMAIN
06:15 Mining DOGECOIN and LITECOIN
10:58 GPU and CPU mining
11:26 Getting PASSIVE INCOME with low or high risk?
13:53 CKB mining NERVOS NETWORK
14:43 Mining BITCOIN and KADENA
19:20 GET in the GAME! 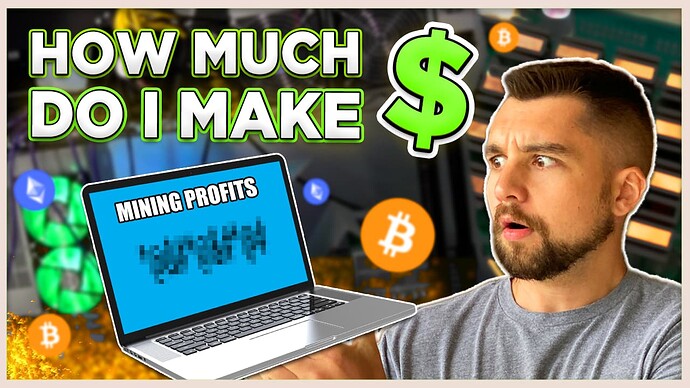 Are you still mining on Tensority for Bytom with a B7? If so what is your daily production please. Websites like Asicminer and cryptominer are showing $30 per day but I am finding information directly from supplier showing $2 -4 per day? Your original B7 video had a link to watch your miner but link won’t work for me so I can’t verify if this is still working as before. I have a supplier who can sell me a couple for around 1200 but if income is 2-4 per day its not going to be worth the electrical cost.

I would stay far away from b7. Bytum coin. There changing to proof of stake and those miners gonna be useless. Cant find a mining pool to accept bytum. Yesterday one if my suppliers was asking around 200 each with shipping. If you do want to buy b7 do not pay 1200 bucks. I can get um cheaper. Stay away from b7.