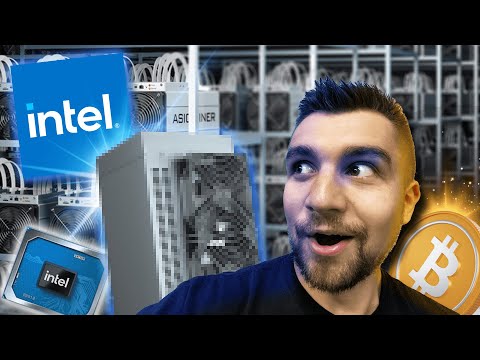 Intel Is Now Making Bitcoin ASIC Miners yeah the tech giant Intel and leading chip manufacturer have unveiled their Bitcoin Bonanza Chip, which is set to be the most efficient and thus most profitable Bitcoin ASIC miner EVER! Subscribe to VoskCoin - http://voskco.in/Sub

Trade Bitcoin and get $10 for free on FTX! FTX.US & FTX 5% off fees & $10 FREE Codes! - VoskCoin - Medium
This is the BEST mining rig to buy in 2022 - https://voskco.in/b300
Learn more about Helium mining HUGE PROFITS! Is this the BEST Helium Miner EVER? - YouTube
MEME KONG the new king of all meme coins?? Meme Kong – The KING of all Meme Coins! Where the biggest apes eat!
Compass the Bitcoin mining marketplace - Compass — Bitcoin Mining and Hosting

Intel is bringing to market a ultra-low-voltage energy-efficient bitcoin-mining ASIC, which will most likely be the most efficient bitcoin mining ASIC chip we have ever seen. The most efficient Bitcoin miner, is the most profitable Bitcoin miner. If you mine more BTC and spend less electricity, you make more money. Intel has economies of scale, international reputation, and a standard of incredible customer service when compared with competitor Bitcoin miner ASIC competitors like Bitmain, Innosilicon, microbt whatsminer, and Canaan. Intel has the opportunity to make insane money building Bitcoin miners, but also help decentralize Bitcoins network, making it more decentralized and anti-fragile than ever before. 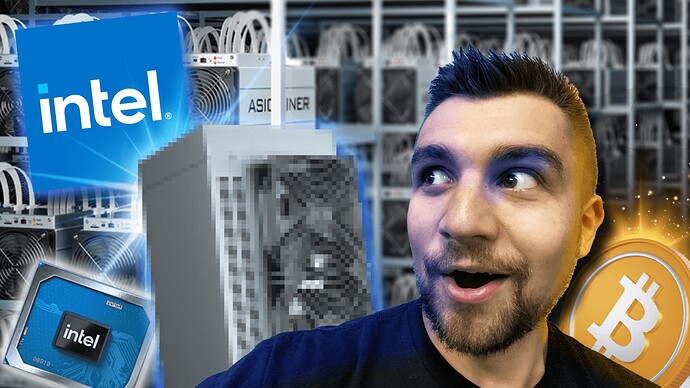 This has my full attention. Since the announcement I have been really excited about this.

Me too but very little has been reported other than they are shipping to selected big mining operations. I wonder if the big pullback and restructuring of these big mining concerns have caused cancellation of Intel orders? If so, wouldn’t Intel want to sell these ASIC’s to the retail public? I bet they would go fast considering the reported sale price. I would buy one immediately if they were available.

Taking it to the next level, welcome Intel. Low power high hash rates is the future. Intel will turn heads!

Somebody has to. Electric rates are going up so the only way we stay even is for our mining machines to be productive and efficient. I hope Intel does both but have not heard a peep out of anyone using these machines.