Is Elon Musk GOOD or BAD for Bitcoin Dogecoin and Cryptocurrency? 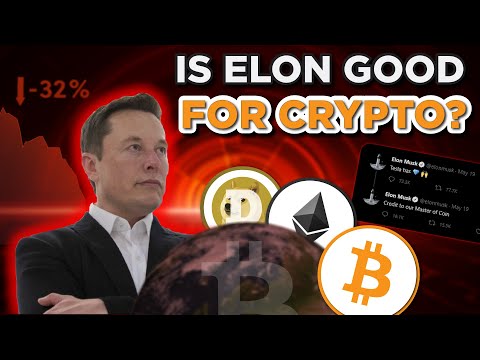 Is Elon Musk actually good or bad for Bitcoin BTC Dogecoin DOGE and just cryptocurrency in general? Crypto investors rejoiced when Elon Musk began tweeting about Bitcoin, but some feelings have changed… Subscribe to VoskCoin - http://voskco.in/Sub

Elon Musk has really taken the world by storm, pioneering electric vehicles and pushing solar power to the forefront of society’s focus but is he actually good for society and most importantly is helping or hurting Bitcoin, Dogecoin, and cryptocurrency?! Elon Musk obviously pushed for and signed off on Tesla not only purchasing Bitcoin but also accepting BTC for Tesla purchases and yet it seemed like some sort of hidden feature that Proof Of Work PoW the blockchain consensus mechanism that makes Bitcoin mining using electricity and power thus decentralizing the actual Bitcoin network – after news and media crying out that Bitcoin mining is destroying the world and consuming more energy than many countries… Tesla dropped Bitcoin support, and Elon Musk continues to try to pump DOGE to one dollar even despite his own concerns with the concentration of Dogecoin in some wallets. The trojan horse when it comes to Elon Musk and what may cause Elon Musk to sell his Dogecoin instead of continuing to pump DOGE on Twitter is when Elon Musk finds out that Dogecoin is mined, yes there are DOGE mining rigs. 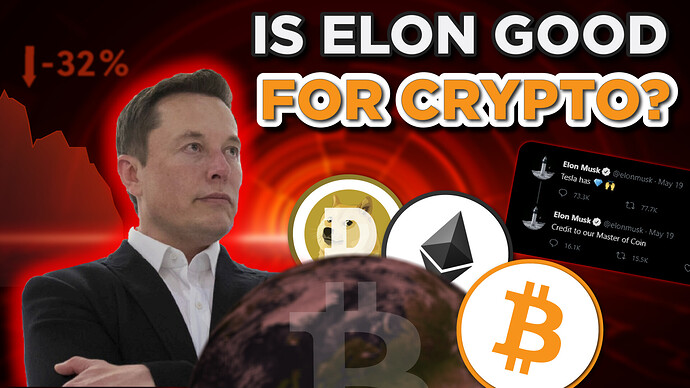 @VoskCoin Elon is the proverbial double edged sword. On the one hand he is great for making sure that crypto stays in the news since he has a huge media footprint; on the other hand he is bad for all the same reasons when he says or does odd things regarding crypto. Net is that I think it’s slightly more of a positive than a negative. He’s speaking his mind at the moment he talks, and like most people, he changes his mind regularly.

I’m concerned he’s going to force more regulation regarding crypto to take place – gov POV will be well he fined him for saying whatever he wanted about stocks, now we need to make laws so we can fine him for pumping doge dog coin stocks lol