Is it possible to fry a CPU mining with all cores?

Hi, I have been interested in crypto for a while now, and finally got in on with the doge frenzy in March, and am now mining VerusCoin. All of my mining has been with phones, a bit weird I know, but it has done the job. Well I have at this point been mining Verus for about 1.5-2 weeks, and all of a sudden, my temps are up 5°C and my hash power is down over 50%. Before my hash rate was about 4.6-5.2Mh with about 54-56°C, now it’s 1.8Mh with a temp of 58-60°C, plus it gets there a lot faster. When I mine single core (just for testing), I usually get about 750Kh, well now I’m getting 1.2Mh, with similar temps to before maybe plus minus a degree. I have shutdown and let it rest off for hours, restarted it multiple times and it doesn’t change it. It also doesn’t display any warnings, the only thing that’s wrong is it all of a sudden has worse performance and is running uncomfortably hot for me at full load. I did give it a occasional break for about an hour a day when it was in service.

Have I fried one or more of my cores or has the OS maybe done something fishy or something else entirely? Bad RAM or poor allocation maybe?

Here’s some info about my setup,
Samsung Galaxy S10 (Android 11) as my rig

A 16x4 inch heat sink that I scraped out of a old audio receiver that quit working, as my cooler
It’s not plugged in all the time and the battery is allowed to cycle.
I use VerusMiner9000 on LuckPool NA 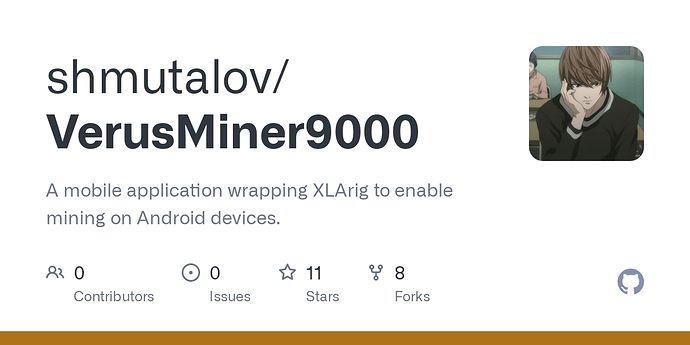 Let me know if more info is needed.

Wish I could help. But I only know about PC CPU mining.

FYI. Not in a PC. You won’t have any good performance doing anything else.
PC render farms for videos and graphics run almost 24/7. They use every core/thread, leaving a total of 4% of availability so that you can do some other things.
Our CPUs by Intel are rated for 100c. Every core runs at about 95c.
When we upgrade, they become parts or gaming or corporate PCs. But we can’t mine with them. Corporate policy.

Just an update, I think it was a RAM or cache problem, I don’t know why restarting didn’t help the RAM problem, but I did the power and volume up trick to open the boot menu and clean cache, and used a memory cleaner once booted an that did it. Hash rate is now 4.5Mh avg and temps are 55-57°C. Just wanted to let anyone reading this after the fact or that helped know.