I wanted to swap some of my kda for another coin. I can’t find an exchange willing to take deposits. What is anyone using? What good is these high prices if we can’t do anything with the coins that we are mining? “Wallet maintenance” or “Wallett upgrade” they all say. I wonder if they are just worried so many will simply cash out right now with the KDA rush goin on? Thoughts?

I’m in the same boat. I thought I read (can’t remember where) that there was some kind of security failure at one of the exchanges regarding KDA and that’s why many stopped accepting deposits temporarily. I’ll see if I can find out more.

I don’t know if this is the optimal solution, but I mine KDA to a Zelcore wallet. When I want to exchange KDA for USDT, I x’fer to my Kucoin account and do the exchange there. Kucoin now accepts all KDA chains so there’s no longer the need to convert from chain 0 to chain 1 etc.

Ymmv but it’s been working fine for me. I’m sure there are other solutions (e.g. Coinmetro)

I’ve been trying to set that up. I got Zelcore installed and transferred 1 KDA as a test. Then i signed up for Kucoin but man it is confusing to use. Also I saw an alert yesterday that they had suspended KDA deposits for now due to some problem. When I go to Kucoin / assets / coin / KDA I get a message about wallet upgrade. I guess that is the hold on KDA for the time being?
On a side note - I see no reason you can’t mine right to Kucoin now and bypass the zelcore step if the goal is to swap coins. Like you said Kucoin accepts all KDA chains now.

Kucoin isn’t as straightforward as Coinbase Pro, but it’s still not bad. You just have to remember that you have separate “main” and “trading” accounts. You can only trade from the latter and deposit/withdraw from the former

I’m just noticing now that deposit/withdraw is grayed out for KDA in my main account (says “wallet upgrade” when scrolling over). Wasn’t the case on Saturday, which is the time I moved some KDA from Zelcore to Kucoin. I didn’t see a message specifically from Kucoin explaining what happened (which would be nice) but I did see a brief message from Zelcore last night where they are upgrading to k: secured addresses. Perhaps Kucoin is doing the same and transferability is temporarily down? Not sure. The whole “k:” thing is above my pay grade. I’ll deal with it when I have to.

As far as Zelcore vs Kucoin . . . I prefer to keep coins off exchanges if I’m not going to be trading them. A software wallet is a stop gap until Ledger or Trezor upgrades to allow KDA. Until then . . .

Good points. Thanks for the insight. Hopefully Kucoin allows kda again soon. I also did see the zelcore warning about preferring k: addresses so I’ll make sure I use those from the kucoin drop down. Although to me it just looks like my regular deposit address with k: at the start of it.

Every exchange that has KDA has stopped allowing deposits. IMO making the coin temporarily worthless as I watch the price drop.

Here’s the announcement from Kucoin. It doesn’t say much but they are updating the wallet. Also doesn’t give an end date. Previous wallet maintenance downtime range from 1 day to 3 weeks.
For now looks like I’m hodling in Dxpool or Zelcore. 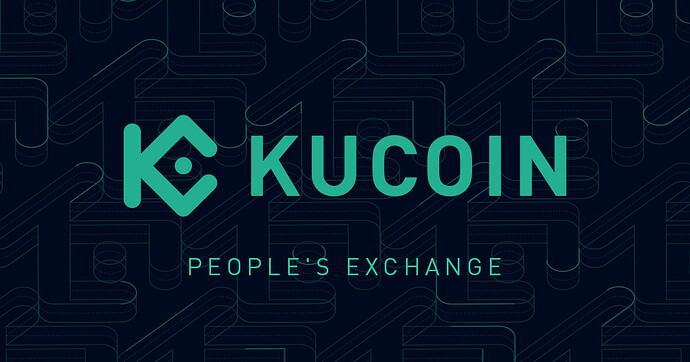 KuCoin is the most advanced and secure cryptocurrency exchange to buy and sell Bitcoin, Ethereum, Litecoin, TRON, USDT, NEO, XRP, KCS, and more.