My Helium hotspot miner in a suburban area made $26 dollars in the last 24 hours .. WILD! 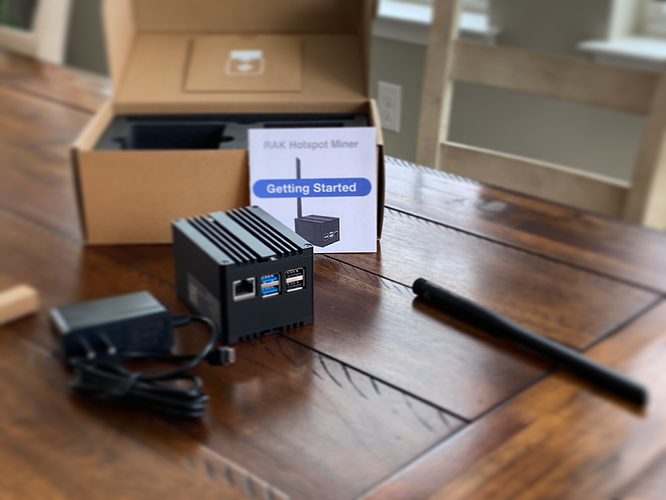 Best place to order from in the UK if I want the fastest possible delivery out of the options available?

Any idea’s what would happen if there were two HNT hotspots within a few hundred yards of each other? If one was an external access point and the other was internal, would most of the profit go to the external unit since it has better coverage?

What devices out currently actually USE the helium network? Marketing says IoT, but no specific information is available.

That’s awesome! Keep it up! We are growing the people’s network! Deploying Helium 25 growth plan!! Need to order my last 7 bobcat miners that will put my company at our first milestone of 25 helium hotspots

Helium hotspots too close will actually negatively affect your earnings and mineable amount. It’s coded in HIP 17 so it is not a good idea to buy hotspots and cluster in your surrounding location or any location at that. It is best to have at least 500m between devices

I’m new to this. So I see people buying more than 1 Helium miner. Is this to put more than 1 in their home or outside their home to make more money by having more than 1? From what I’m reading it appears that having Helium Miners too close will actually hurt your income. Please advise if you would. Thank you!

Are you approaching other people (business owners, homeowners, real estate owners) to place hotspots, or all of these deployed on your own holdings? Any insights would be appreciated!

i am definitely going to be approaching others. I have several family members in the Memphis area as well as my work place office. I think this area is ripe to bring in a nice profit. I compared mining profitability in the Nashville area and i dont think it will take too many people here to get the profits way up. One miner i looked at in Nashville made over 1500 usd last month

Hello guys
Im wondering if its worth it to buy because i live in Slovenia and i dont know how much money i would make a day.

Look at the coverage map for your city, someone in Cerkno, Idrija, Slovenia did 67 HNT over 30 days. If someone within 10 miles has one then only 1 is needed otherwise you’ll need 2 place 900 feet apart. I have the same concern since the closet miner is over 16 miles away so I bought 2 bearcat miners.

Question Re Multiple Miners in One Home:

I understand that it’s ideal to have hotspots spaced 300 - 500 meters apart. But given my hesitation to recruit my neighbors into supporting the network, I’m left wondering how to maximize HNT within a single home location.

I’m coming up with a few interpretations on my thought experiment. Using round/rough numbers to illustrate:

A. Adding 1 more in a home will just SPLIT this total of 10 HNT into 5 from one and 5 from the other?

B. Adding 1 more in a home could possibly REDUCE your 10 total mined per day? Because there is incentive against overpopulation density built into the protocol?

C. Adding 1 more in your home, might BUMP UP the number of HNT per day just a little bit, say … one or two more coins for a total 11 or 12. However, this is being described as “less profitable” because the number of coins mined per unit (expense) has dropped.

Which scenario is more likely?

Thanks in advance. Not holding anybody accountable for accurate projections, just need help with my thought experiment to wrap my head around this.

Hello voskcoin… I live in Ukraine and I will like to buy the hotspot … I talked to a friend of mine and we decided to go all out and get 10 for ourselves since we will be the one of the first persons to have such in our city… I need your take on these please… we follow you on YouTube and has you say often, you are not a financial advisor… I will like to know if having ten means in our area we get to witness more often for the hotspots in turn mining more coins … what’s your estimation for the income of ten in a city … thank you

2 miners close together will penalize both based on what I learned but it has more to do with the radio frequency and the companies desire to spread the network out. I think you’d see a reduction but have not seen others experiencing this but you could email the company. They responded after several days when I asked about antenna size. I’d buy a 700 foot antenna pole and place at the back of the lot, rofl !!! Ham radio poles aren’t too expensive. Otherwise I’ll ask a couple of neighbors if they’d like free internet in trade for placing my device.

I measured my lot but its less than 900 feet diagonally but my neighbor said he may let me put up a pole if he could use my tiller and other power tools. Otherwise I’d put 2 miners outside at both ends of the lot but I’d rather have one in the house and one outside. So I’m waiting my miners to be delivered & my neighbor.