Figured I would show off my little mining farm. I selected the NVIDIA GTX 1660Ti as the GPU and am using it on all mining computers. twenty-two GPUs in total. 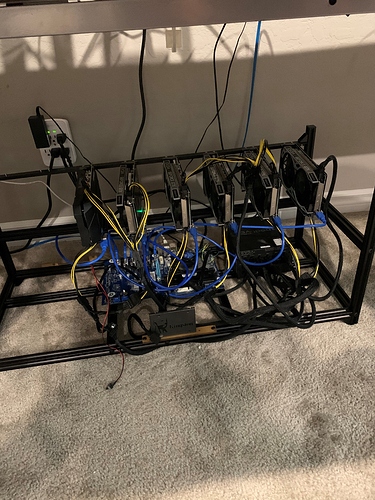 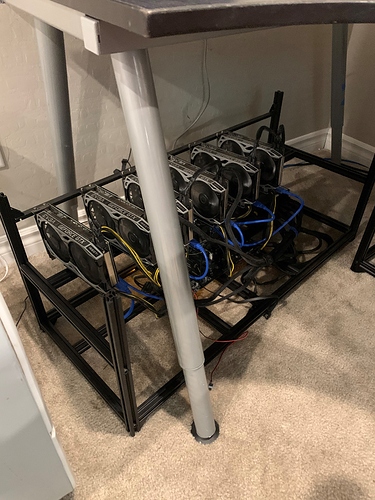 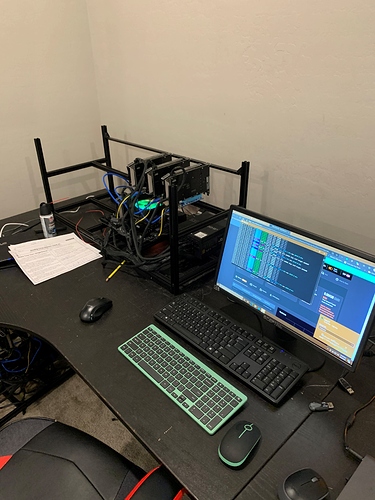 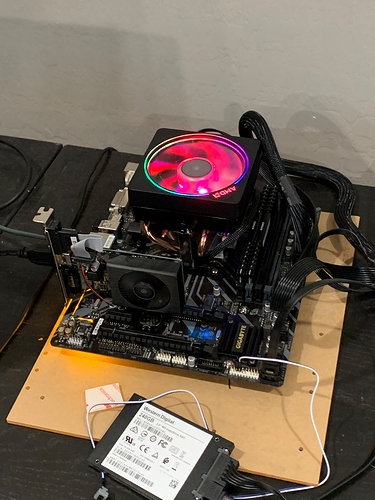 The Ryzen 7 does roughly 6 kH/s on Random X

The Ryzen 9 does roughly 10 kH/s on Random X - There are videos showing that the Ryzen 9 is more capable with Overclocking and Memory tweaks. I might try them out later.

So far, with no OC, each card does about 25 MH/s on Ethereum. The only tweaking I have done is to dial the power back to 70 Watts per card. I’m managing my “farm” with Minerstat. 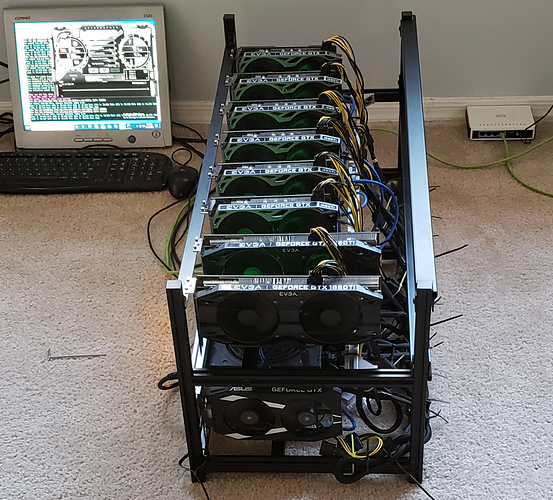 10 Cards draw 850 Watts at the plug. Notice the addition of two 20-20 aluminum extrusions (Silver) which are used to add cards on the bottom and for dressing out the cables on the top.

When completed there will be 12 1660 TI’s on this rig. I have an average of 400 KH/Watt which makes this rig very efficient. The total power draw at the plug when 12 cards are in it will be less than 1 KW. I have switched the motherboard from the Gigabyte Fintech pictured to a Biostar tb250-pro (PRO) to test an I3 processor vs the G4560 Pentium (Kaby Lake). So far, no difference. Also XMP the memory to 2400. Oh, forgot to say … that white box on the right is a wireless bridge. This rig can run extremely well wirelessly.