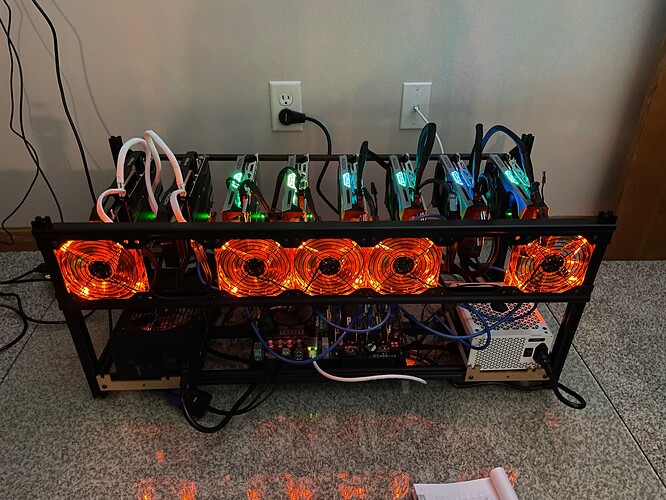 Intel® HD Graphics Built-in Visuals and the VGA outputs can be supported only with
processors which are GPU integrated.

What processor did you put in, does it have a built in GPU?
In bios you have to set it to default to built in graphics if your cpu has that.
Otherwise you have to plug in a monitor to the first card in your array then you will get graphics.
I had this issue on my system and until I enabled in bios" used built in" as a default i got a black screen.

Best to remove all cards and get it working on the built in GPU, then add a card at a time.