SO I have only been in this crypto world for about a month now. And up until now, I have only mined with Nicehash and a little of the Beam III. So what’s next. It seems like most of you mine single coins directly. How do you decide what to mine and how do you learn about mining it? I am ready to start taking the next steps into learning more about this, but I am not sure where to go.

I think most people on the planet are trying to get as much ETH as they can before it closes to mining. I’d guess, by the news that there is at least 10 months left. Personally, I am still mining NH and getting paid all in BTC, then exchanging it on Crypto.com for the coins I really want. It is almost fee free, and since I actually get paid more via NH for my hashrate it works for me.

I am also curious about what others suggest, especially when you mention it would only be part time mining. You did say you also use this computer, yes?

Right now I am sending all my NH BTC to Crypto.com as well and exchanging for MCO so I can get the Ruby card. Seems like avoiding fees is the name of the game.

Each coin you mine will require a wallet (address) so pick a wallet that will hold as many coins as possible that you may mine. Alternatively, download separate wallets and store the passphrases and passwords religiously. Zelcore wallet holds many of MY coins. coin.paprika did not contain the majority of my coins so I installed separate wallets for those not on Zelcore. Here are a couple of screenshots of wallets with the coins they can hold: 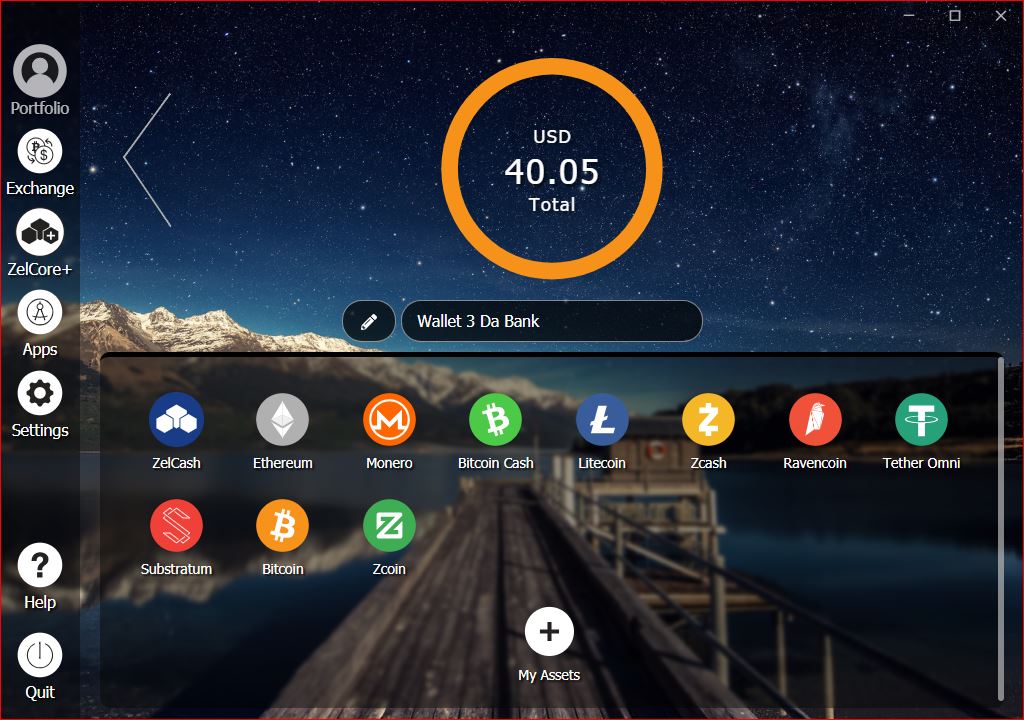 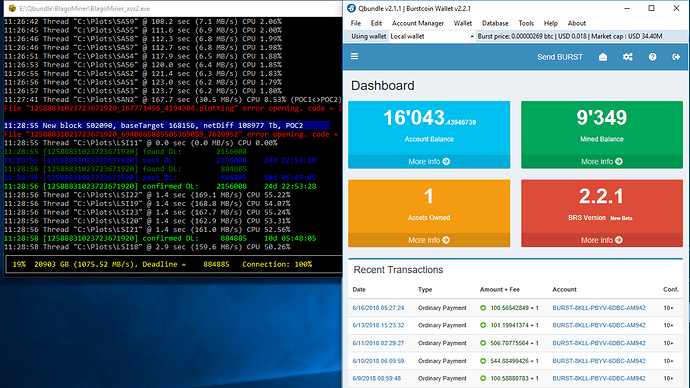 Screenshot (47)1272×716 155 KB
The LEFT screen show a miner running from the command line. The right side shows a typical WALLET.

Search coins on Google for their Github mining software releases. Gminer, LOLminer, T-Rex, EThash Claymore miner, NBminer, Hellminer for CPU, Kawpow algo miners are among those I use.

Pools:
The active summary of your mining progress is best displayed by the POOL you choose to mine in. You will need to save some of the data generated for you by the pool @ your account ID.
2Miners, F2Pool, Leafpool, 256online, Mintpond, Sunpool, etc. are just a few I have used.

Screenshot (71)3440×1440 1.39 MB
In this photo, I am tri-mining. That is, GPU Mining Beam (far right bottom), Hard Drive mining Burst (far right top), and CPU mining all at the same time. Also have the Burst wallet open (top left) and below it the Beam Wallet. The leafpool webpage shows a graph and stats I will need later. 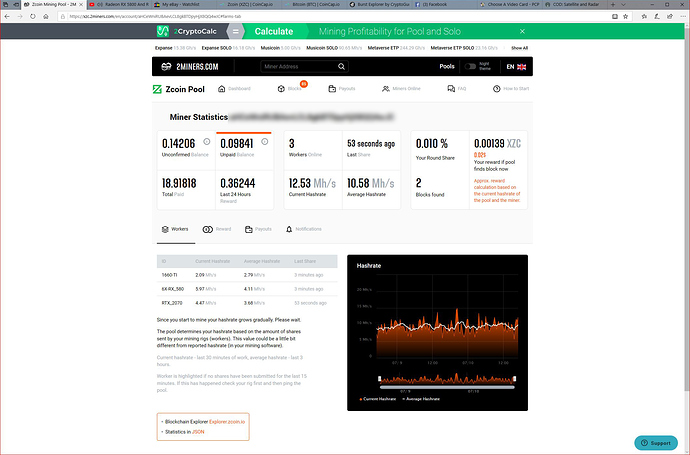 The photo above show me mining Zcoin on the 2Miners Pool. Note the short and long term display of the hashrate.

Above, is a POOL picture from DGB256.online. It gives graphical information on the hashrate.

Install and run the different miners separately on different coins to obtain the hashrate in MH/s or Sols/s. Run for several days each and use the longer term average figure. You can get the average Hashrate directly from the miner but the best data comes from the POOL webpage under your ID. You will need to configure a batch file to run the miner. It only needs the pool URL, algorithm, and your wallet address. Mining ETH looks like this: 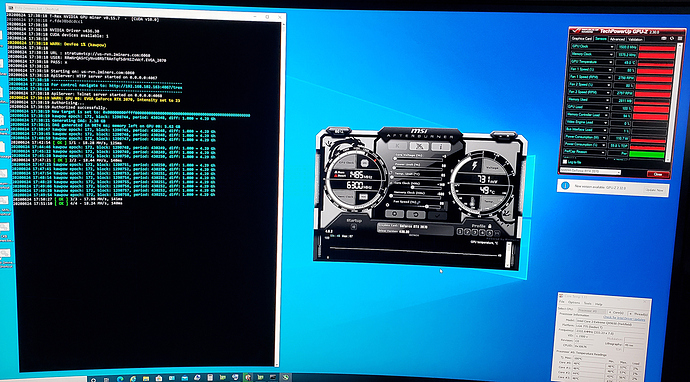 Often, a program such as MSI Afterburner is used to slow down or speed up the GPU. GPU-z is a monitoring program for your video card. I like the power feature. AMD’s Wattman can also be used.

Below is a screenshot while Burst mining again. 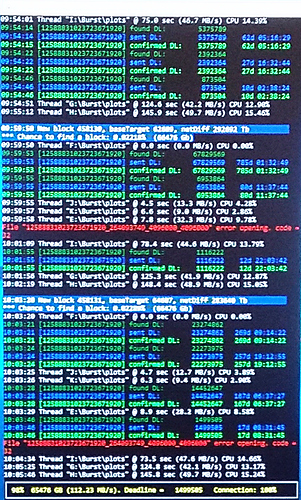 Often, the algorithm differs from coin to coin and you need to know which algorithm you use for each coin.

Which coin to mine:

I told you all of the above just to get here, for the answer to your question.
You open a coin to mine webpage such as the one on 2minerrs.com called 2cryptocalc at top left in the page or google the phrase 'what coin to mine" or coin picker or such. It will look like this: 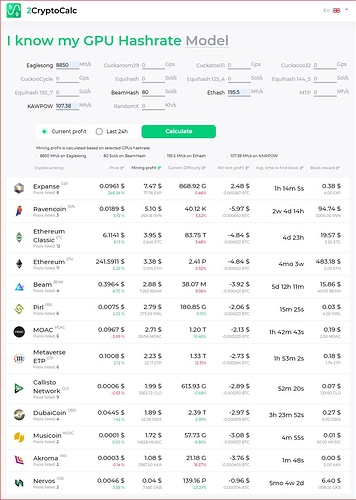 Enter the hashrate for every coin you test mined. This is typically in MH/s but sometimes in Sols/s. In rare cases you may have a GB/s hashrate. Once you have entered all your hashrates, click on calculate.

The coins profitability appears in the list below ordered by most to least profit.

There you go, that solves the question of which coin to mine. If it is not BTC or ETH, then you will need an exchange to trade your tokens/shitcoins for top rated coins. Good Luck Mining.