NiceHash is the biggest, most popular, and most controversial cryptocurrency hashpower marketplace in the world, let’s review @NiceHash in 2020! Subscribe to VoskCoin - http://voskco.in/Sub

NiceHash was actually the first way we ever mined cryptocurrency, it was a relatively turn-key system that was easily discovered when searching, and a couple clicks later you are “mining BTC”. What is using NiceHash like in 2020? In this video we go over buying or renting mining hashpower, selling your hashpower, and also the NiceHash cryptocurrency exchange. NiceHash allows users to buy Bitcoin hashrate or mining power, Zcash, Ethereum, and many other popular cryptocurrencies. We review our issue with the Bitmain Antminer K5 not connecting properly to NiceHash and how it is because of the lack of extranonce feature or xnsub. We show our mining profitability with NiceHash with our CPU miner, GPU miner, and ASIC mining rig.

NiceHash repayment at 82% of the lost funds - http://voskco.in/QtNb

Please note in this video we directly address the NiceHash hack, 51% attacks and how their platform has been used for bad purposes, and how to protect yourself from loss of funds if a hack is to happen advice to cryptocurrency projects hijacking other crypto mining algorithms. 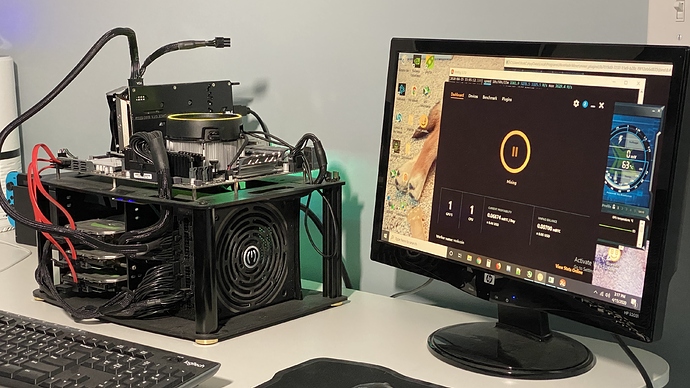 Great video as always, very informative. Love how you play devils advocate given how sensitive using Nicehash is to some. Honest and fair.

Thank you and really appreciate that / the feedback. That’s always sort of been our goal is to try to evaluate it from all angles – with the VoskCoin logo always being a wolf, never wanted to act like just another sheep lol

What exchange would you recommend to convert CKB to BTC for someone living in the US?