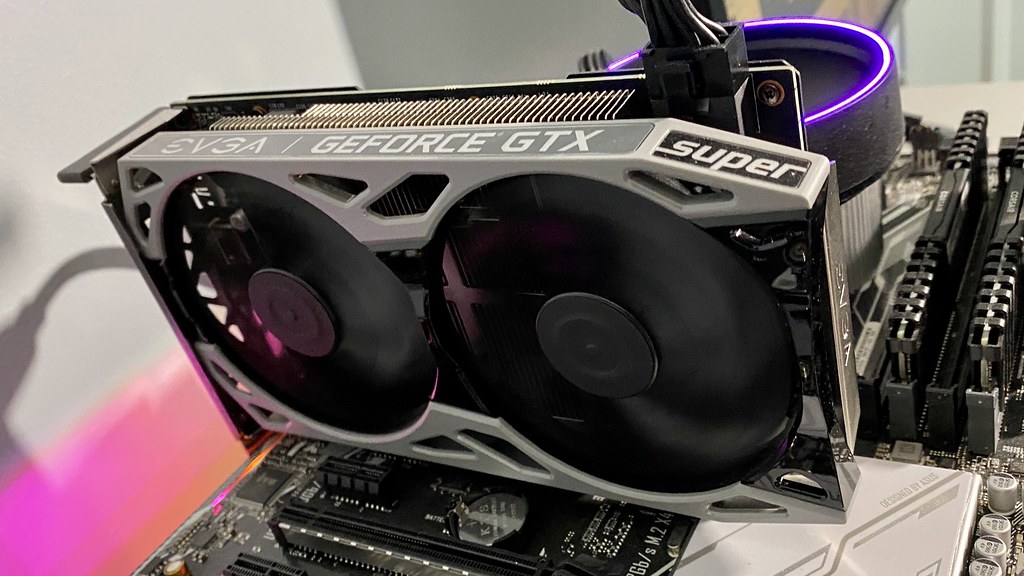 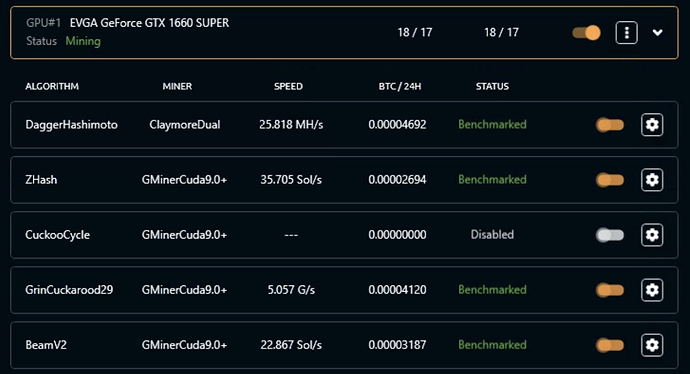 I found some information on the official Grin coin forum here, where users were aiming to optimize their Nvidia 1660 TI mining hashrates. The 1660 TI is very similar to the 1660 super, so if you’re mining GRIN I think these would be good overclock settings for mining based on whether you prefer mining efficiency or a higher hashrate. Remember that adjusting your Core, Memory, and Power Limit are all critical when it comes to achieving your ideal gpu mining hashrate. 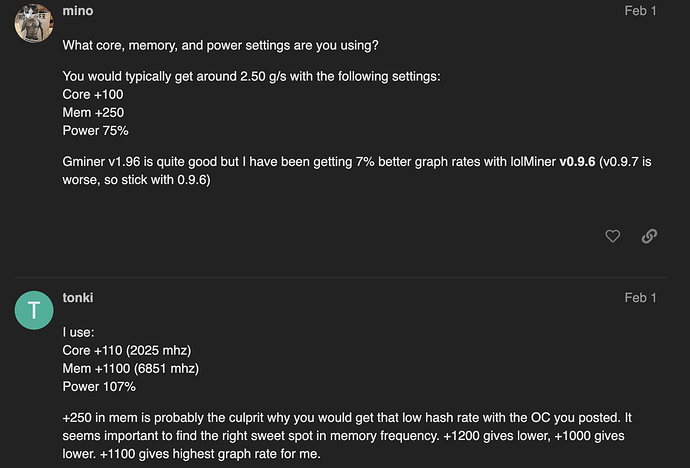 Right now our 1660 Super is mining Ravencoin on their new KAWPOW mining algorithm, its a tweaked version of ProgPoW, and we are running +100 core and -500 memory with an 80% power limit. These overclock setting could be fine tuned further, but this is a multi-purpose rig – it’s the VoskCoin Tri-miner testbench to be exact! And yeah anyway, I’m really happy with the current results of 12.5 mh/s mining RVN with it. 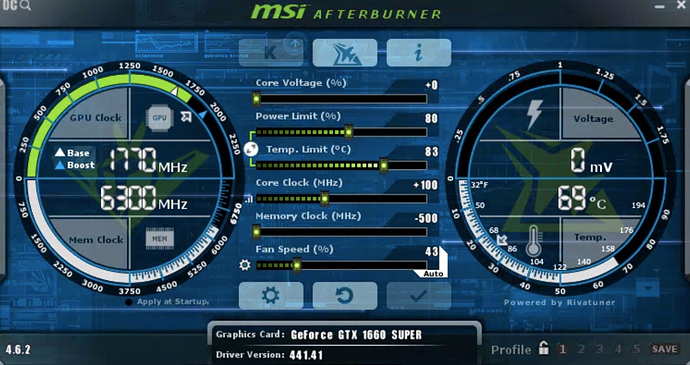 Our current mining profitability is about half a dollar or 0.50 cents a day, with a residential electric rate you’re likely to completely pay off your 1660 Super mining and pay your electric bill, which is breaking even, in about 2 years (projected) in the current GPU mining landscape. Clearly GPU mining does not have the insane ROI or return on investment that it used to, but if your computer is multipurpose you basically are projected to have a free graphics card in two years – I see GPU mining is a why not?

Anandtech created a review comparing the Nvidia GTX 1660 TI vs GTX 1660 Super vs GTX 1660 vs GTX 1060 6gb graphics card and the biggest takeaway from this is the memory type GDDR6 vs GDDR5X as well as the CUDA cores, simply put more CUDA cores created a higher mining hashrate. 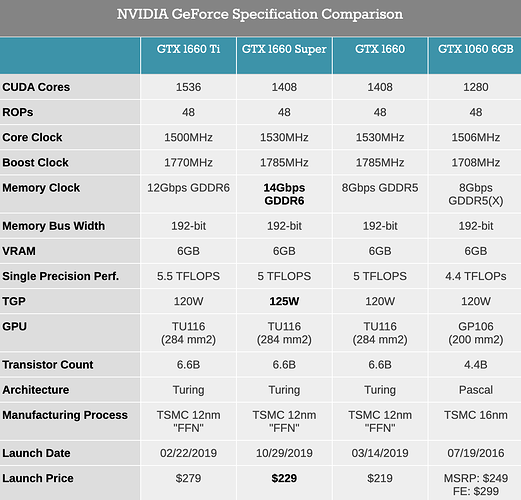 If you have hashrates from your 1660 super you’d like to share, please reply with them in this thread stating the exact card model you have, core clock, memory clock, power limit or watts, what miner and version you’re using along with what coin/algorithm!