Just wondering if anyone else has had reliability issues with parallel miners psu’s and breakout boards. I love the product, but am becoming disillusioned with the poor reliability. I’ve had two of the 1200w platinum hp psu’s turn up doa. One they replace no probs, but the other was out of its 3 month warranty as I bought it before Christmas 2021 with the intention to build the rig over Christmas. I’m in the uk and regardless how small or big the item, I pay around $54 which on item like a small break out board is horrendous.

The breakout boards have not faired any better as I’ve now got through 3 of them. My electric supply is fine and neither psu’s or breakout boards are no where near running at capacity. The ones running 2 kd box pros at 400 w total. I’ve only been mining for 10 months and I consider the reliability to be very poor.

I’m can’t help it honking if these are less reliable than the cheap Chinese counterparts I’ve been avoiding.

most of their equipment is old and repurposed, they used older gear in 2017, its been another 5-6 years since then, I would just be grabbing an EVGA PSU or antminer PSU personally

to be honest I am shocked they’re still even around 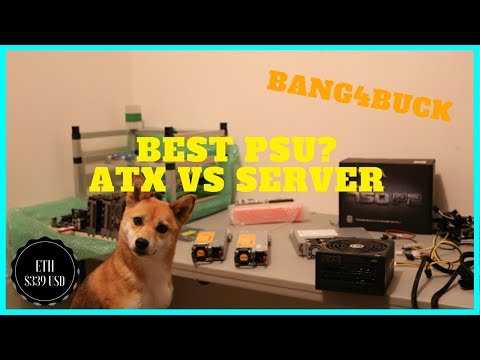 I’m aiming more towards going ATX psu after another breakout board just went belly up on me earlier. It’s the second this week.

Thanks for the reply. I will check out the vid as it’s one I’ve not seen.