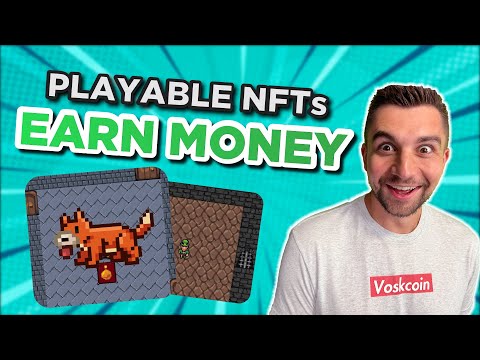 Playable NFTs that EARN MONEY! Best Gaming NFT?? Original a randomly generated dungeon RPG NFT game is now dropping their own token and PFP NFTs making it play to earn and one of the coolest gaming NFTs ever! Subscribe to VoskCoin - http://voskco.in/Sub

Play to earn games will make the next crypto millionaires and Generative Dungeon is a super cool take on NFTs combining random NFT dungeons that could have been minted, then launching their own token that you can earn through playing their NFT gaming dungeons as well as a PFP profile picture collection of NFTs called Generative Avatars. Generative Dungeon has launched a dungeon editor allowing you to customize your dungeon basically letting YOU become an NFT video game designer, yeah to be honest I am nerding out a bit with this new gamefi metaverse nft game!