Should I remove fans from my S19 Pro for immersion cooling?

Have my S19 pro and BitCool fluid by Engineered Fluids, just waiting to receive the MinerMaster Pro A+ I ordered (no time to build my own tank). Should I use Fan-B-Gone’s to disable fans so I can remove them? My understanding is ASIC won’t run without the fans unless you trick it into thinking they’re still there. Or should I just leave the fans on? There’s room in the tank for the whole S19 Pro straight out of the box.

Why not leave it running to circulate the cooling liquid?

I considered leaving them on for that purpose, but since there’s four of them, I’m new to this and there’s not a lot of video / tutorial out there (that I can find) on immersion cooling S17/S19s, I was concerned it might get “too busy” in the tank. only video I’ve been able to find so far is this by whitecrypto where they show all fans removed from their immersed units. i figure the less complex the better plus if any one fan ever craps out for any reason i’ll have to go in and emulate it/them anyway. maybe I should just leave one or two on and emulate the rest…thoughts?

Leave the fans alone to start. If there is an issue then change it. If it ain’t broke, don’t fix it.

I used immersion but couldn’t keep cool enough…after running out of immersion,bout 3 weeks later the fans went out and then the psu. I have replaced all the fans and new psu,now instead of immersion I put in ice chest and ran duct out the window. C1 pro running good now. I think the coolant pushed the grease out the fans and then they went dead since they weren’t being lubed…the dielectric coolant acted as a lubrucant if it were to stay in the coolant…but once u take out…look out,problems may arise. Save the money and get a 40qt ice chest. 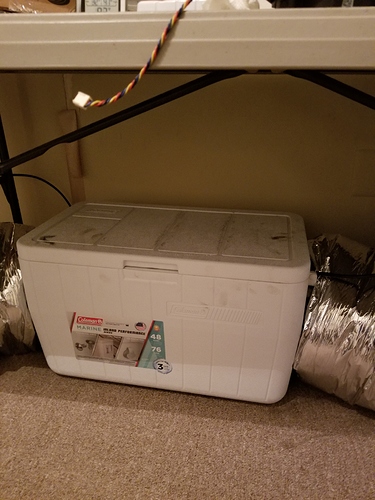 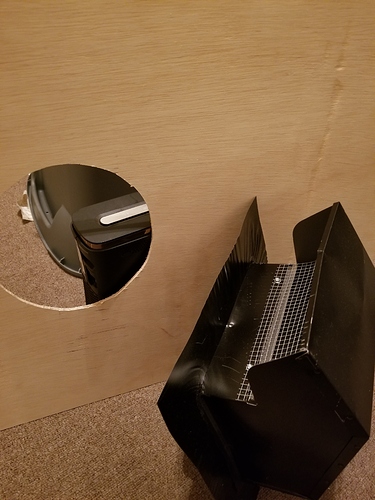 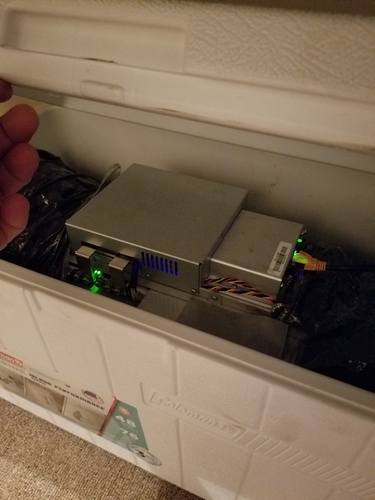