Should you actually Tell your Friends and Family YOU Invested In Bitcoin? 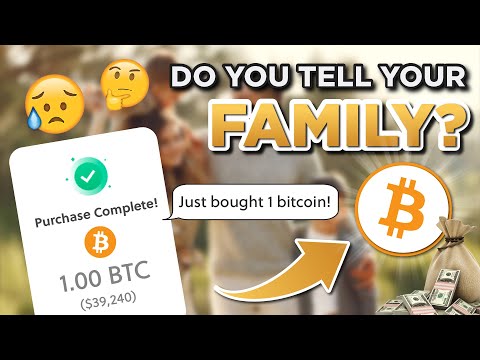 Seriously, is it worth telling your family and friends you bought Bitcoin and other cryptocurrencies like Ethereum? You’ll start hearing things like must be nice when it goes up and you’re an idiot if the price goes down… Subscribe to VoskCoin - http://voskco.in/Sub

Seriously though should you tell your friends you bought bitcoin? Should your family know you invested in bitcoin? It’s all fun and games until people get envious or jealous if the prices go up and now do they treat you differently because you’re assumed to be Bitcoin or crypto rich now? Investing into Bitcoin and cryptocurrencies is super risky, and of course we all hope to make a great return but many btc investors lose money. Let’s review the pros and cons of tell your friends and family if you’re a Bitcoin investor along with the potential security risks and how you expose yourself because Bitcoin is largely tied to money…

00:00 Should you actually Tell your Friends and Family YOU Invested In Bitcoin?
01:54 Is it safe to speak about crypto to strangers?
08:52 Should your girlfriend boyfriend husband wife know you own BTC?
13:05 Andre Cronje and the Androttweiler token
15:17 Keep your Bitcoin & yourself safe 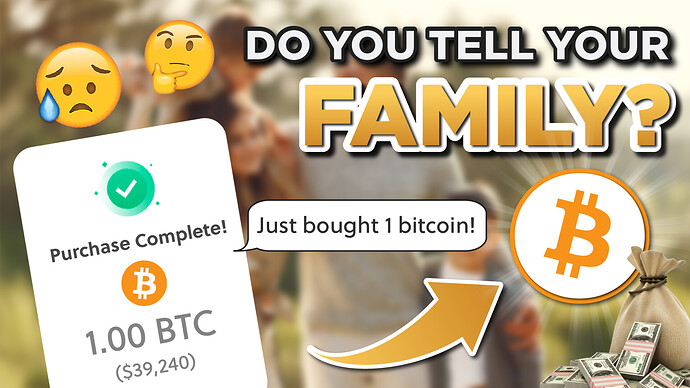 Nope, keep your own council.

That is a great advice.