So You Want To Buy A Shitcoin?

So i recently had the genius idea of buying a complete shit coin . Yeah i know not the best idea in the world but i thought if maybe i entered while no one knows about it maybe it will go to the moon so i headed over to https://tokensniffer.com/ to find a shit coin . 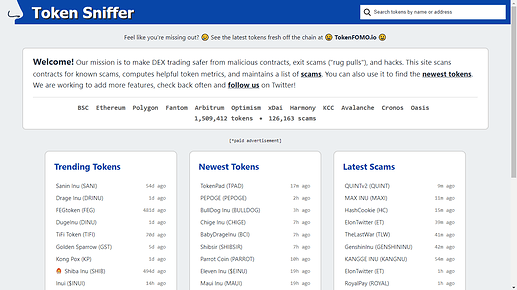 i selected new tokens and i chose a coin with the highest score and went directly to poocoin and without a doubt purchased a coin called TINU(Thorge Inu).The Coin had a 100 score and i was just taking a dumb risk . So anyways i purchased 1$ worth of TINU at the time it had about 60K market cap but in the coming hours it went to 10k and now its on 2K market cap 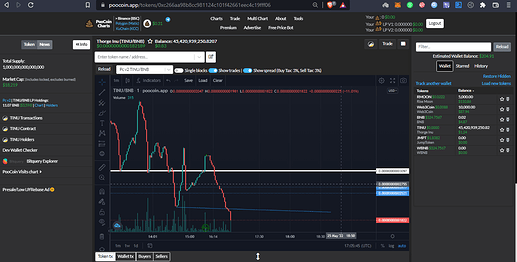 alright the white line is when i got in . 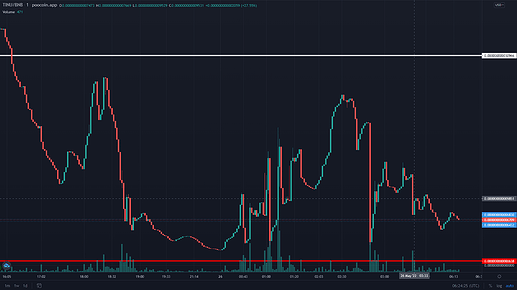 and now its about to hit zero . So what lessons did i learn , well if you ever get crazy enough to try this then don’t

but if your really crazy then get in and get out before they dump it on you . Anyways i’ve had fun with this and ill update you guys if it ever bounces which i highly doubt .

There is the process called “scalping” that i have recently started messing with. Trying to make a little bit of money fast and repeating over and over. Im no expert but it has been fun to do…

Now if we could just find the right token!

Hahahah what a rebel… Blew a whole dollar!!! Seems like a fun idea on day when you’re bored. Hell I’d feel accomplished if I walked away with two dollars!
Thanks
Doug

let me know if you do get some familiar with scalping , haven’t heard much about it