Hey everyone, Sol Shade here. I need a good place to document my brand new NFT journey, and knowing Vosk for years, thought this would be a perfect place to jump in so I can get input from this awesome community. I’m a long time (on and off) crypto miner and hodler. Got my start with Ethereum mining back in 2017 by building one of Vosk’s OG “Trio” rigs.

Figured it was time to get on the NFT bandwagon after a steady crypto hiatus (missed the bull run of last year of course).

My main target is going to be NFTs on the Solana blockchain since Ethereum gas fees would put me into the poor house instantly. Please feel free to hop in and discuss your plays as well as criticize mine! Really trying to get a solid footing in the space

Alright I plan on showcasing all of my current NFT holdings, how much SOL I spent on them, why I bought/minted them, and how they are doing now. Will do my best to not sound like I am just shilling them. Trust me some of these suck

The first NFT I minted was a “Half Dead” NFT. I was very eager and excited to find a project that had not yet minted and was for a “cheap” (relative) price. The mint was for 0.25 SOL. I also received a free NFT from the project for promoting my original one on twitter. So I received 2 more or less for .25 SOL which is… okay I guess.

Since I did not know what I was doing really, I did not do enough research into the project. The mint began on 1/11/2022 and have only minted a whopping 310 NFTs out of a total supply of 6666.

On the positive side of things, the founders are very active in their Discord and are working (seemingly) hard on a YouTube channel full of shorts featuring their NFTs. The YouTube revenue are supposed to be distributed to NFT holders at a rate of 50%, as well as trade volume being distributed at 50% to holders.

Images of my NFTs are below so you can check out the artwork. (plz don’t right click and save i have a dog to feed)
They have yet to list any on the marketplace as the mint is far from over, but they state they are verified for SolSea, Magic Eden, Artemis, and Digital Eyes 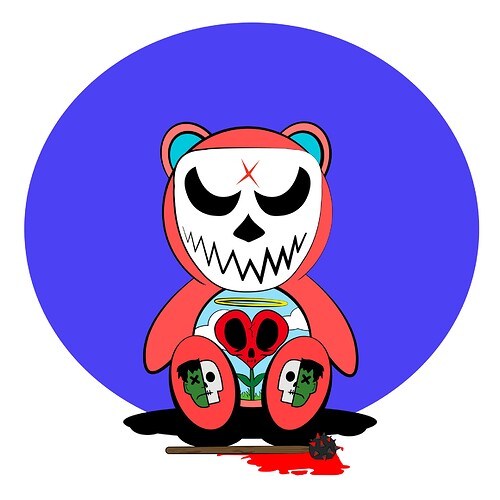 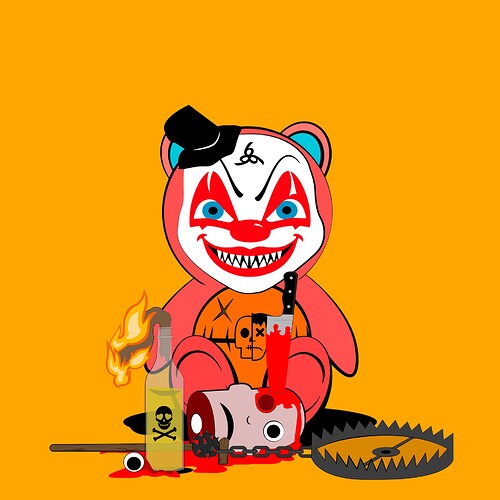 So after the smashing success for Half Dead, I found another winner in NFKey. Now I don’t want to bad mouth all the projects that just haven’t worked out. The founder of this project seems to be a really nice person and has put a lot of effort into trying to make this project better. But only so much they could do.

I minted this on the same say as Half Dead. There were a ton of issues with the mint. The site had a lot of issues and had to be paused shortly into the minting process. It still has yet to fully mint to the date of this post. Only 32/444 Keys have been minted, so really not a great percentage there.

The mint process is currently paused until February, so hopefully they are able to improve the process and drum up some more hype. Or else this will just get added to the burn pile eventually.

Same moral of the story here. Was too eager to get into the NFT game that I did not do enough research. Promises of utility and royalties were an easy way to get me to ape into a project when i was first getting started (way back a whole 10 days ago). 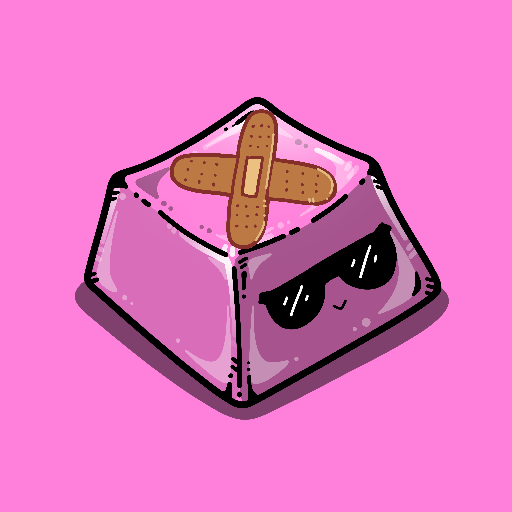 Next up is the project I have had the most success with (as in it has actually increased in value since purchase). Also kind of a controversial project, and that is Bored Ape Solana Club. It is a derivative of the famed Bored Ape Yacht Club that is on the Ethereum network.

The art is very very similar, which is intentional as it pretty much aimed to be the SOL equivalent. The big highlight of the project is that it provides royalties from transaction fees back to the holders.

Some of the controversy with this has popped up over the last couple days. Magic Eden, which is probably the most prominent NFT marketplace on the Solana network, removed BASC and all other “derivative” projects from their home page and trending pages. You can still search for them, but they decided (in a very centralized action) to basically shadow ban all projects like this.

Some in the community think this is good as it discourages rip off projects and clone rug pulls. I definitely agree with that sentiment. However, there are still good projects that can be derivatives of others. At the sake of sounding like Captain Shill, I think this is one of those.

One look at their Discord (Bored Ape Solana Club) will show you how big and dedicated the base is. Are they a tad toxic at times? Absolutely. But this is crypto and NFTs we are talking about, so a bit of give and take there.

The floor price for these since I have been involved got all the way up to 19.85 SOL (didn’t sell) and currently sits at 6.5 SOL. So still a very good return on my initial investment, but my bullish hope is the situation with Magic Eden gets resolved and they can be promoted once again to get over the 20 SOL threshold.

Art work below, very run of the mill Ape art. 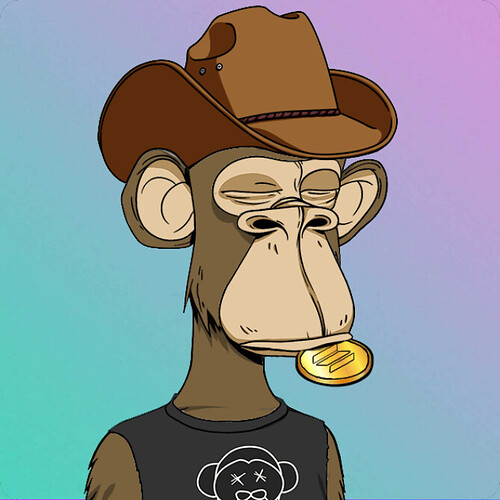 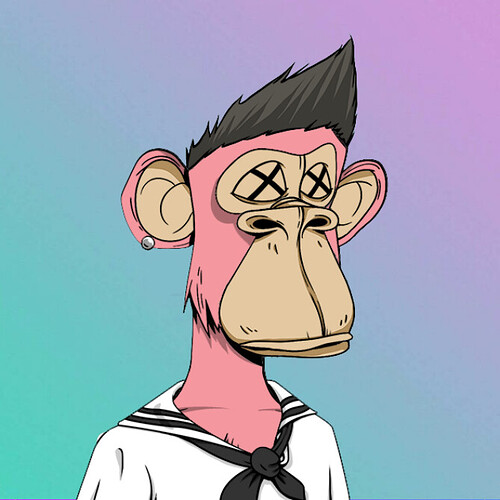 Alright I know everyone in this forum was waiting patiently for my next post (/s obviously). In the two weeks since posting I have learned a ton about the space and want to document those lessons a little here in a not too long or boring fasion.

What I have learned is mainly what should be (and probably is) obvious to most people. Stop apeing into any and every project you see on twitter and discord. Every single one of those that I have done has ended up going down in value or being an outright rug.

Look at the website at least. See if there has been any effort put into it. Hop in the discord and see if the creators are anywhere to be found. These don’t guarantee success, but at least show that someone cares enough to be around to talk.

I was able to get in this project when it minted at .75. FP is anywhere between 1-1.2 SOL around the time of writing, so not a huge increase in value yet, but I am more concerned with the behind the scenes state of affairs.

They had staking available with $HONEY which is something that I have seen several other projects do. $HONEY I believe is still in the pre-IDO phase, so no telling what the value will be there. Could be worthless. Still, nice to have a project that didn’t invent their own token out of nothing that serves no real purpose.

The community here is kind of insane. Twitter raids and town halls occur all the time. I believe the Discord has north of 30k members and they are very active both on there and on Twitter.

Their roadmap can be found here Soul Dogs City | 3D NFTs with Soul which is still somewhat vague but does at least show some of what they are trying to accomplish.

They have pages for all their team members, however, it would appear they are not doxxed which at least always has to be noted when looking at these projects.

All in all, the community is solid, and if they build out their 3D metaverse as well as they claim they will in the next phase of the project, I could see this definitely having blue chip potential. For now, it is a definite hold for me while we wait to see what comes next 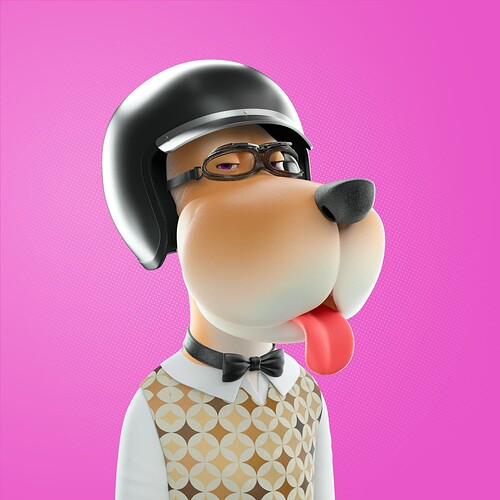