Start earning passive income in cryptocurrency by staking USDN on the Waves decentralized exchange and support us! http://voskco.in/usdn

Proof of stake is becoming more popular than ever with cryptocurrency, and to an extent, it has sort of been rebranded as DeFi decentralized finance. Staking your coins, or lending, or investing, or whatever term crypto exchanges and services use is an opportunity to earn passive income in crypto with coins you may already have just sitting there. Waves was an initial coin offering, ICO, that has since built a working decentralized exchange. Waves Exchange and their DEX still uses gateways, so its not a fully decentralized exchange, but it is certainly a step in the right direction and much more decentralized than typical cryptocurrency exchanges or CEX’s! Let’s review investing into USDN Neutrino a USD stablecoin that is currently earning over 11% interest! 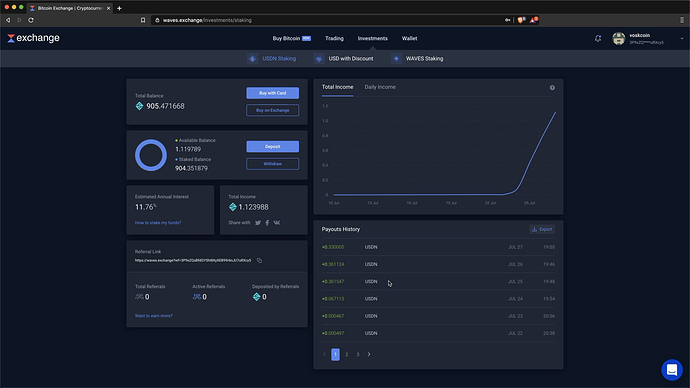