I ran into the passive staking threads as i was looking for more ways to generate those.
While doing so, I noticed there’s no thread regarding staking on LTO Network.

ROI
Currently, I run a public node and is generating around 7% now.
As this might change; Calculations based on current network activity can be done on https://www.stakingrewards.com/asset/lto-network

The network
LTO Network is a dutch foundation with a lot of potential, and actually already have corporate clients using their blockchain.
They launched Mainnet in January 2019 and they are running a (leased) POS protocol.
As I mentioned, they have clients using the chain, paying for the transactions with the LTO tokens.
Each transaction pays a fee to the system, but unlike Bitcoin, this fee is distributed, with 40% to the node that generates the current block, and 60% to the node of the subsequent block.

Running a Node
Regarding running a node, it’s fairly easy by running a Docker container. I’ve seen people running it on a Raspberry Pi.
Community docs for this can be found on https://docs.ltonetwork.com/public-node/mining-staking/prepare-setup-your-wallet

Community nodes
It’s also possible to lease to a community node, these are nodes ran by other people and will most likely take a small share of your earnings. By leasing, your coins will never leave your own wallet, but you cannot use them while leasing. Cancelling a lease can be done anytime you want.
The advantage of this, is that you won’t have to run a node yourself.

After leasing or having your coins in your wallet, it will take 1000 blocks to be ‘generating’ and eligible for staking. This is about 14 hours.

In case anyone would like to know more about it, join the telegram groups or just ask it here

And some rewards from yesterday and today look like this:
The more tx in the network, the more fees are paid which means higher rewards. Quite some big clients coming in. 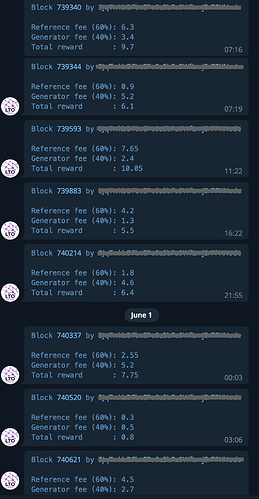 I am very interested in setting up a node running on a raspberry pi.

Hi Jacco, would be good to follow the instructions as they come here: https://docs.ltonetwork.com/public-node/mining-staking/node-raspberry-pi-expert

I personally never ran it on a Pi, but I’ve read that some people are running on it.

Did you create wallet(s) already?

This weekend , i start a neblio node on a raspberry and today starting a qtum node at a raspberry.

Will look at it this week.

More and more is being staked lately and something is coming up as the team mentioned in an update. 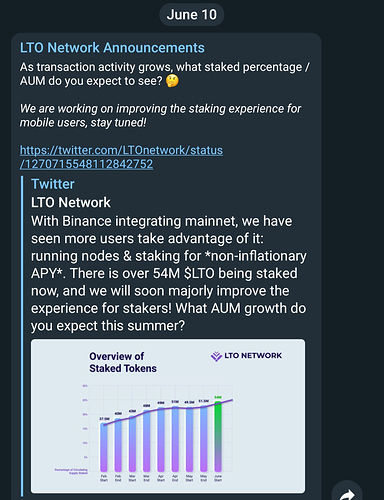 Other updates mentioned new clients onboarding, thus resulting in more txs. This is good for nodes!

So to add to my previous message, they proposed a new tokenomics model which will be implemented next month. It will be a deflationary model as in some DeFi projects, but better.
Fees of transactions in the LTO network will increase with 0.1LTO.
The nodes will still obtain the same rewards for their blocks as only the additional 0.1 LTO will be burned, making the network deflationary.

With this announcement, it was also mentioned that new integrators are ready to go live. (Remember, LTO is already being used by b2b)

Whole proposal/announcement has been published on the blog of LTO: 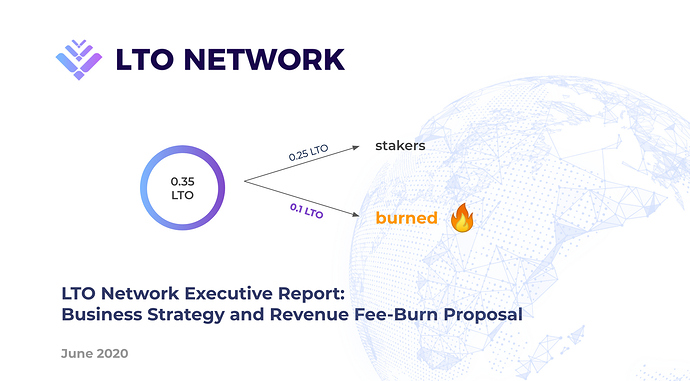 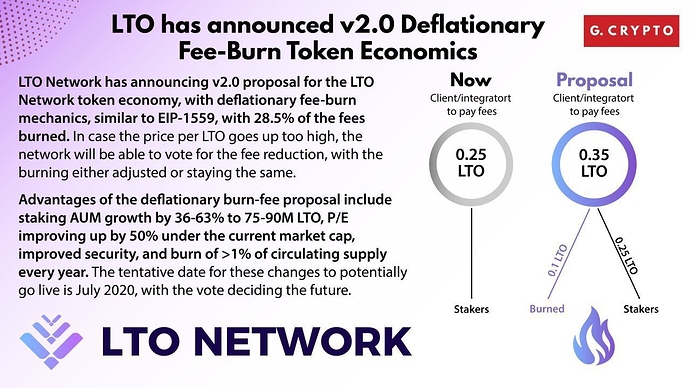 @jaccovdk how is your node?

I love the new token economics, and not to mention we are still expecting new technical roadmap and 3rd mainnet upgrade 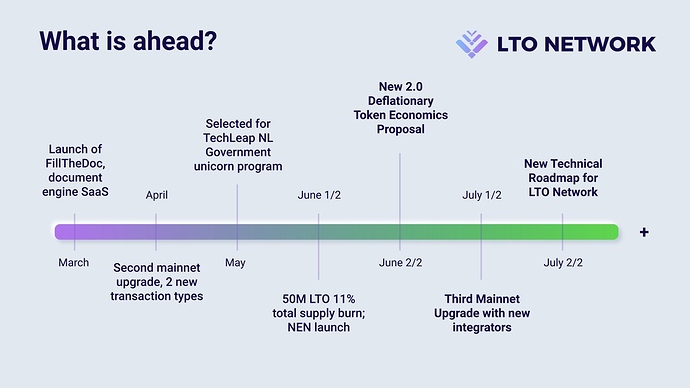 The new burn proposal is great. Not only will client/integrators’ transaction cost go up 40%, making them replenish their tokens from the market more often and thus increase value input into the token system, it will also make LTO a deflationary asset, which will only speed up this aspect as more adoption is onboarded.

End clients often pay their costs for usage in fiat, where the integrators have build in enough margin for LTO to rise in price for a long time.

What impresses me the most about the LTO Network team is their startup experience. They are not always 100% successful, no startup is, but they land & expand. Some things are abandoned, other things slightly change, and others will explode in transactions going forward. This to me lowers the long term risk considerably. Their transaction growth has been constant every since mainnet launch. 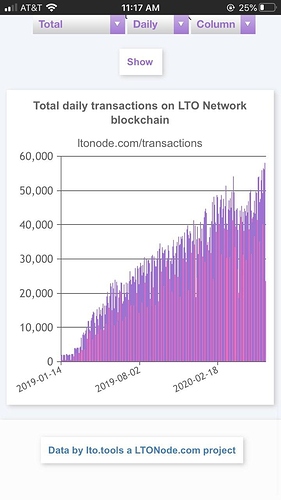 Some useful knowledge you got there! Thanks for sharing.

I also keep track of the transaction growth in the telegram group of LTO. Looking very good and as a node validator, more transactions means more rewards.

The current growth is great… in a previous screenshot i shared, the blocks had an average reward of about 8 LTO… Currently i have multiple blocks containing at least 10 LTO+

Mainnet voting for new burn feature is currently running. It needs 80% of the blocks with a vote and it will pass easily as more than 90% is voting in favor.

This change makes the network deflationary as it will implement a partial burn of the fees for each transaction. (0.1 LTO will be burned for each tx) 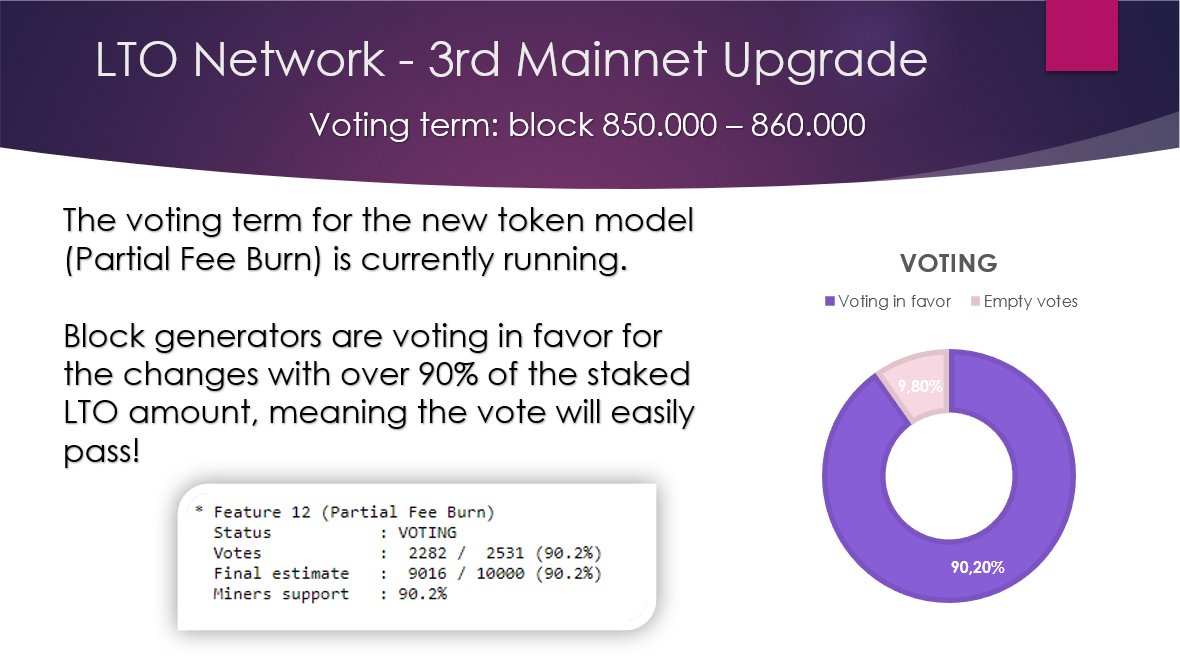 LTO Network now offers around 8% APY on a Deflationary network.

In the meantime I’ve actually setup more engagement to attract other people to stake $LTO easily by leasing to my Node. I do payments every 25.000 blocks which is about every 2 weeks.

This means anyone who doesn’t want to deal with setting up a node is able to get their share anyway. For a small fee. Easily by leasing as the network is LPoS.

Join the tg group with some of the other leasers 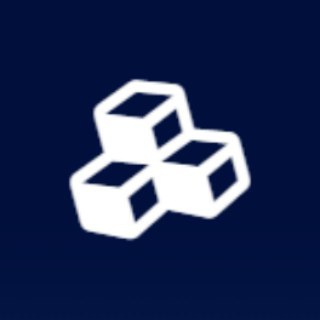 The node is HOT. Over 5.3M LTO on stake through my node now.

As said, reward payments are done every 25.000 blocks. Feel free to join the telegram group.