The Government wants YOU to STAY POOR 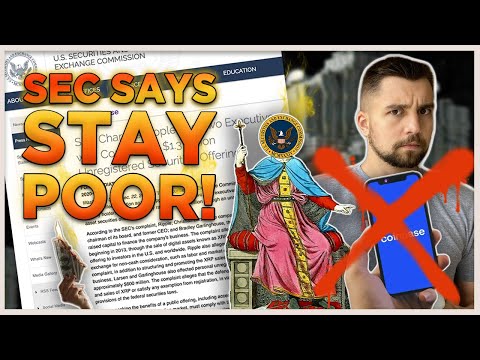 The government wants you to stay poor, because money rules your life, and if you depend on them for money, the money they freely create and print, then they have absolute control and rule over you. Cryptocurrencies fix this though! Subscribe to VoskCoin - http://voskco.in/Sub

Think about it, most people work to live, they don’t live to work and money rules every aspect of your life until you can achieve financial freedom – it’s not easy though, but that’s why we always focus on earning money and passive income here… the SEC Securities Exchange Commission does not care about Bitcoin and other cryptocurrencies because these digital coins threaten the US dollar, the fiat currencies, the government has been in debt for decades and prints as many united states dollars as they want to… Cryptocurrencies and Bitcoin change this, they fix it, they add transparency and remove the power of money from the governments – the governments are SCARED that they won’t be able to keep the people down with their monetary control and this is a story of how the SEC SUCKs for their unfair practices against Coinbase and Brian Armstrong as well as LBRY and XRP Ripple among many other cryptocurrency investments unfairly deemed securities which is already ridiculous that they try to protect investors from making money but you can go play the local lottery with scratch off tickets and lose all of your money… they’re fine as long as you won’t likely become a millionaire from investing like you would with cryptocurrencies and they can make a bunch of money with additional taxes…

00:00 The government doesn’t like cryptocurrencies
02:00 Tax the rich?
03:11 The SEC vs Brian Armstrong of Coinbase
08:01 Fin-tech threatened with legal action for doing nothing wrong?
09:40 The people at the bottom want to disrupt the system
10:39 US Government taking action against LBRY, XRP-Ripple, EOS and Kraken
13:14 Buying crypto in the last few years has been very profitable 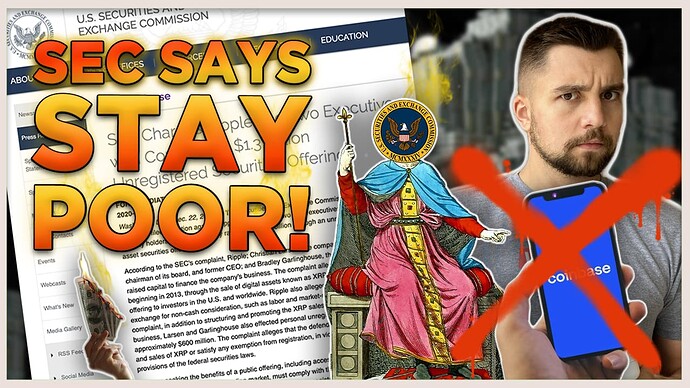