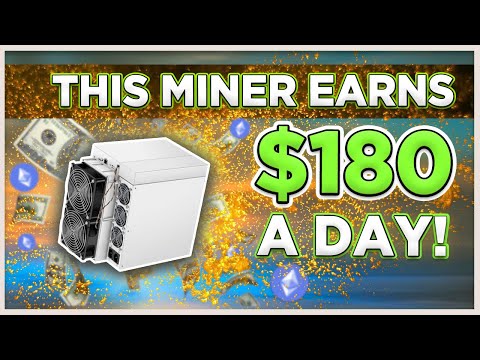 This new Ethereum miner earns over $180 a day in passive income simply mining the second biggest cryptocurrency ever. You just plug this custom computer in and input your Ethereum address and you earn thousands per month!? Subscribe to VoskCoin - http://voskco.in/Sub

This miner earns more than the average annual salary in the USA but its all easy passive income in cryptocurrency by mining crypto! There are a lot of very profitable miners with huge returns but is the Bitmain Antminer E9 worth it and lets review the Bitmain Antminer E9 as well as where to even try to buy the Bitmain Antminer E9?! The Linzhi Phoenix was made in low volume and kept my Linzhi and their friends to become millionaires by investing in cryptocurrency and crypto miners. Innosilicon is still working on the Innosilicon A11 super profitable Ethereum miner but have claimed they have had manufacturing difficulties with this but the Innosilicon A10 is the next most profitable ETH miner and is a bit more available. Obviously, you can build a GPU miner to start GPU mining Ethereum but with EIP-1559 reducing mining profits and Ethereum trying to move to Ethereum 2.0 PoS the long-term viability of Ethereum mining is doomed…

00:00 Making passive income doing nothing?!
01:00 The BITMAIN ANTMINER E9 the most profitable miner on the horizon
02:26 The second most powerful miner the Innosilicon A11 pro
03:15 Join the VOSKCOIN discord and the VOSKCOINTALK Forum to not get scammed
04:45 Mining BITCOIN and ETHEREUM is extremely lucrative
06:46 Buying a Miner is very difficult
08:16 ETHEREUM 2.0 is moving away from mining
11:00 ETHEREUM is still a very profitable coin to mine
12:56 Is it possible to buy The ANTMINER E9?

VoskCoin is for entertainment purposes only and is never intended to be financial investment advice. VoskCoin owns or has owned cryptocurrency and associated hardware. VoskCoin may receive donations or sponsorships in association with certain content creation. VoskCoin may receive compensation when affiliate/referral links are used. VoskCoin is home of the Doge Dad, VoskCoin is not your Dad, and thus VoskCoin is never liable for any decisions you make.
This Ethereum Miner EARNS $180 a day! Buy it?? Bitmain Antminer E9 review 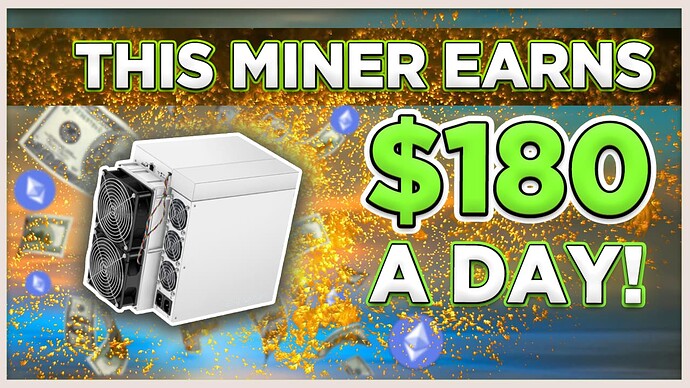