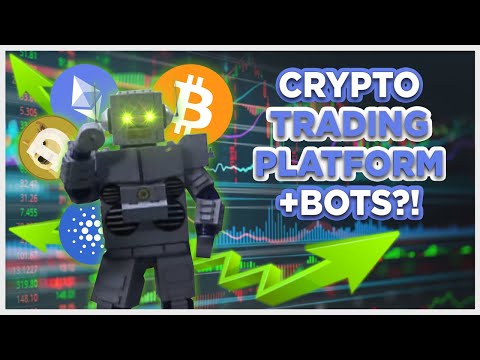 It’s a cryptocurrency bullrun which means there are constantly incredible trades to be made with cryptocurrency across many different crypto exchanges, this non-custodial app lets you do just that and they even built their own crypto trading bots! Subscribe to VoskCoin - http://voskco.in/Sub

CryptX offers a suite of cryptocurrency services but their premier platform is the CryptX Terminal that offers a suite of trading tools for cryptocurrency traders in a non-custodial format. Non-custodial means that CryptX is never in control of your funds, you simply link the terminal with any cryptocurrency exchanges you use to enable it to trade. CryptX has also created its own crypto trading bots that you can custom program and operate right from the CryptX dashboard. Let’s review crypto trading bots and trading with CryptX!

Attempted several times to add my KuCoin API, and I keep getting error from Cryptx. I’ll try again after work.

are you using acct pw vs trading pw?

I decided to give this a try as well and I’m also constantly getting errors from KuCoin. I tried Coinbase as well, which does not generate the same amount of errors. I only played around with obscure trading pairs though and the errors could be a result of too small volumes (not enough to fill orders). Maybe I would get a totally different result from using for example ETH-USDT as trading pair.
Only tested this with small amounts. Apart from the errors the bots seem to be ok. Too bad they need to be constantly monitored and without option (not what I can find at least) to receive any error alerts via email. Really good as a trading platform though, since you can connect, overlook and trade on several exchanges without logging on to several platforms.

Just want to highlight I don’t have any problems adding the API’s. My problem is that the bots crash