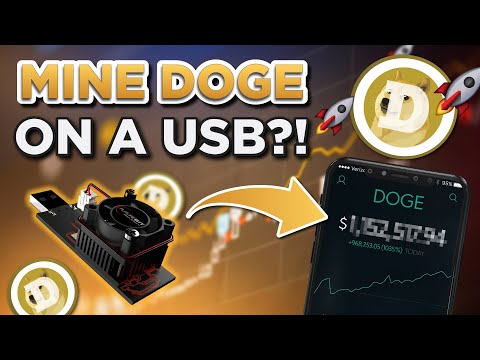 Did you know you can mine Dogecoin with a USB miner, YES you can earn passive income mining DOGE with a USB mining rig AND there are also USB Bitcoin mining rigs but mining DOGE is a lot more profitable than BTC! Subscribe to VoskCoin - http://voskco.in/Sub

Dogecoin is more popular than ever, and DOGE has increased HUGE in price over the last year making DOGE mining a hot topic as mining Dogecoin is actually one of the most profitable coins to mine right now. Dogecoin is mergemined with Litecoin LTC and previously mining rig manufacturers like Bitmain, Innosilicon, Goldshell, and FutureBit would make Litecoin LTC Scrypt ASIC miners or mini mining rigs like the mini doge and the Futurebit Apollo for mining Litecoin LTC and earning some extra Dogecoins. Now crypto miners are not interested in mining Litecoin as mining Dogecoin is incredibly more profitable than the amount of Litecoins you mine when compared with the Dogecoin mining profitability! USB miners for Bitcoin were incredibly interesting and early adopters that held their Bitcoins are millionaires, but did you know you can mine Dogecoin with USB miners and DOGE USB miners are still profitable because they use so little electric?! 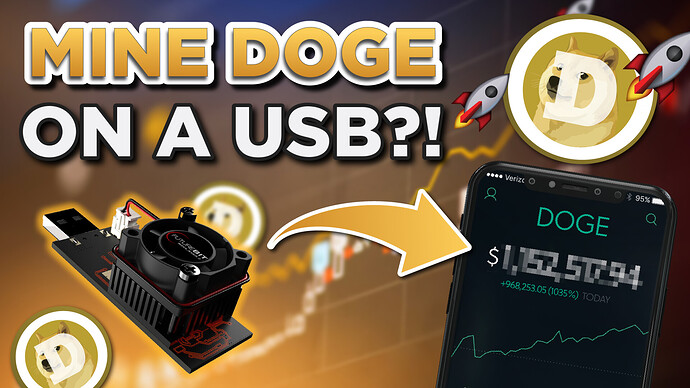