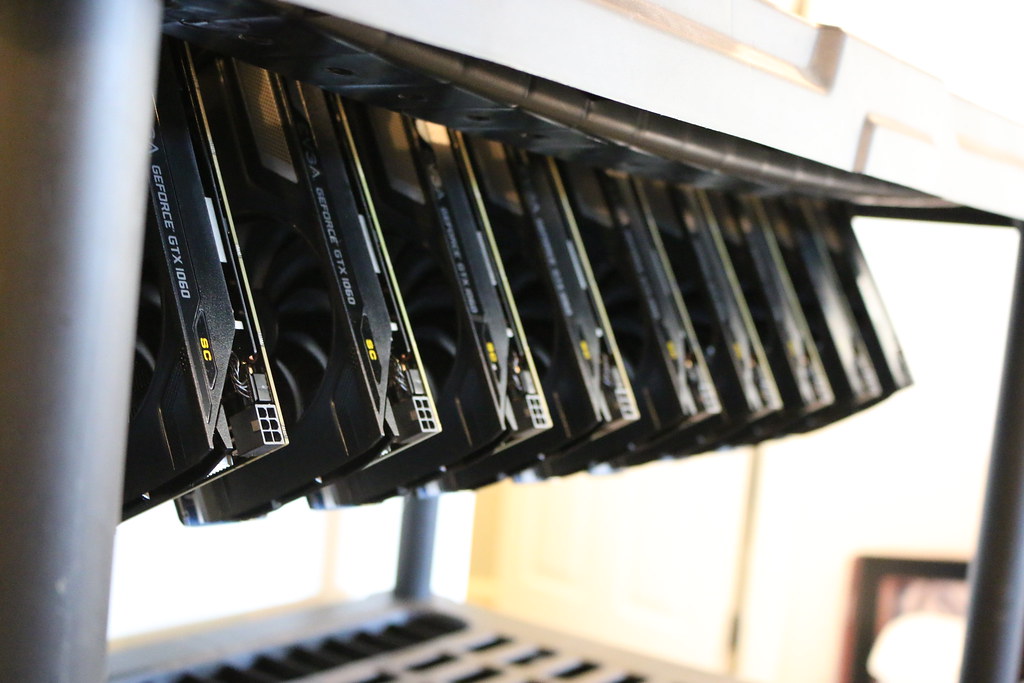 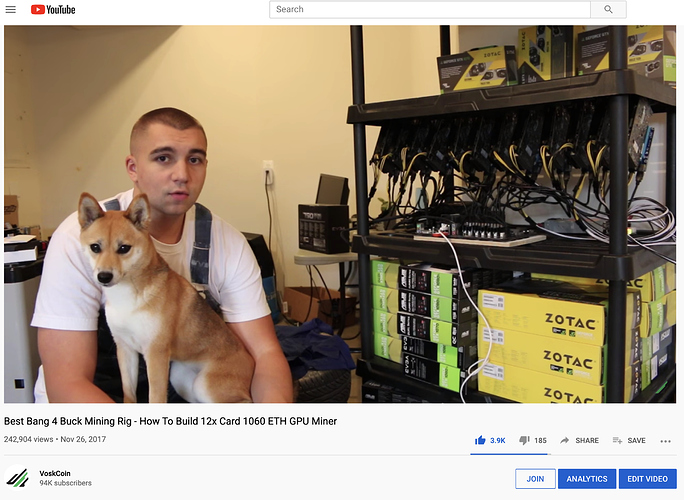 You can watch the original video right here! 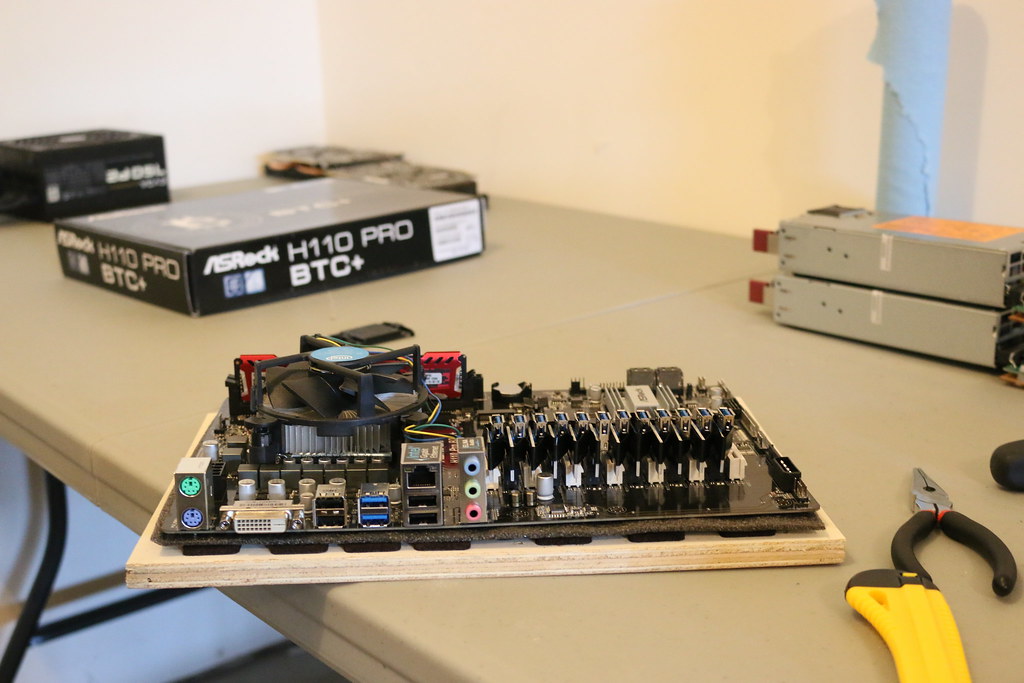 Here’s the Asrock H110 PRO BTC+ 13 GPU mining rig motherboard, we wrapped each riser connector with one thin layer of electric tape to ensure that the PCIE risers would not touch each other and short out the mining rig.

Building mining rigs is a lot of fun, especially GPU mining rigs and even more so when it is super profitable to mine cryptocurrency so you can get a bit crazy with the builds! VoskCoin will create a new best bang for buck mining rig video guide for 2020 later this year. 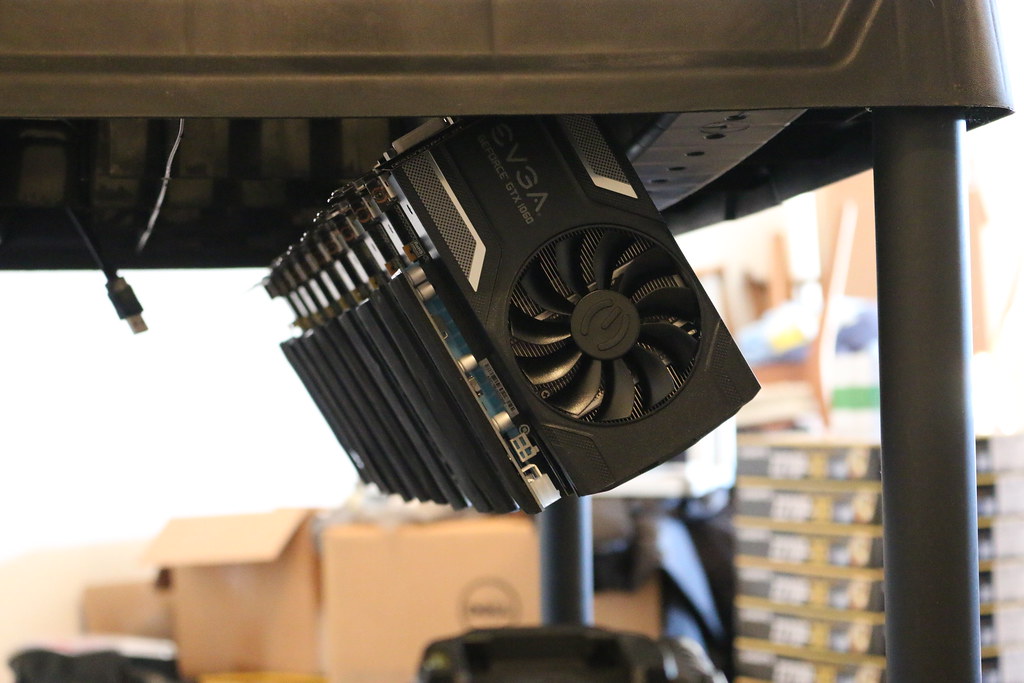