What are the Most Popular Graphics Cards for Mining? 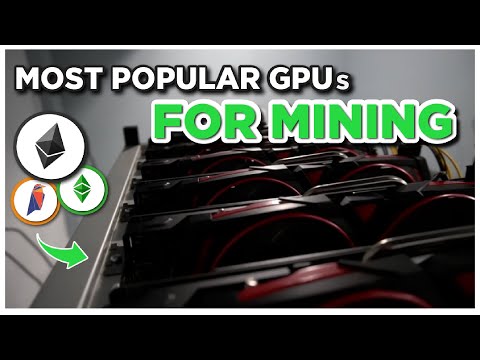 Ever wonder what the most popular graphics cards for mining are or simply what is the best GPU for GPU mining?! Let’s review the stats and see what GPUs most people are using for mining and the GPU mining profitability! Subscribe to VoskCoin - http://voskco.in/Sub

Review the best Helium HNT miners - What is the BEST Helium Hotspot Miner to Buy? | by VoskCoin | VoskCoin | Medium
Bobcatminer is the BEST miner to buy in 2021 - https://voskco.in/HNTb

GPU mining is the best form of passive income in 2021 and GPU mining is the most profitable way to mine cryptocurrencies on average, year over year. GPU mining continues to be an incredible ROI or return on your investment and Ethereum remains the most profitable coin to mine even though there are also Ethereum ASIC miners?! Let’s review the statistics of the most popular graphics cards for mining and the best coins to mine with your graphics cards. GPU mining profitability in 2021 and best GPUs for mining in 2021 reviewed!