YFDAI Review and Tutorial | The Next Big DeFi Platform?

Let’s review YFDAI Finance and how it is trying to position itself to be the next big DeFi platform offering staking, yield farming, DEX, lending, a launchpad and more! Sub to VoskCoin for more! http://voskco.in/Sub

Learn how to use MetaMask with DeFi and Uniswap with the VoskCoin video guide! https://www.youtube.com/watch?v=Fe4whcn-s88

YFDAI Finance wants to be the next big DeFi coin, it’s clear because of all of the features and functions they are building onto their DeFi platform! YFDAI has already launched staking, and they now have vaults where users can yield farm on the Ethereum blockchain. YFDAI Finance illustrates how their project will not be the next DeFi project to be rug pulled, and how they literally built a launchpad into their platform to help verify and launch other projects with strict policies to protect and prevent projects from “exit scamming” and “rug pulling” which unfortunately has been a common occurrence in cryptocurrency this year with decentralized finance. So let’s go ahead and review YFDAI Finance and I’ll also walk you through the basics of staking and yield farming on this DeFi coin and platform! 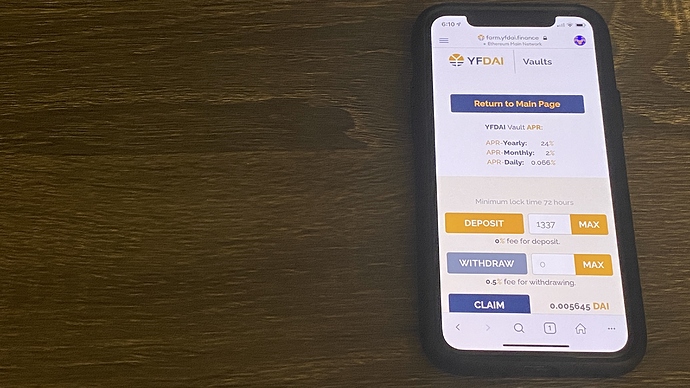