Your mining adventure.... how mine started me to mine!

I bought some vid cards at micro center in fairfax… I used to work there so they sold me them 2 at a time SLI right? Well that ended any theyre selling a 6900XT for $2499 and thats just craziness. Paying $800 for a 3070 was scary but I wish I could still get more now. I guess its time to wait it out and see what happens with the market… I do have feelers out in other markets and I have bought overseas and lived there before… anyone else have the interest in this let me know… it isnt easy wiring your money out so buyer beware. Thanks guys, been watch Vosk for almost a year now… the info is GOLD! Mining etherum on ethermine at first and didnt like the payout schedule so now using nicehash … one system on hive and gaming system on nicehash and both are using nicehash managed and unmanaged… should I not be using nicehash… please advise if Im wasting money… I suspect I am… Also not looking for investment advice just prac infomatio.

Nicehash you are just selling your hash power, if you want a better payout schedule try mining ETC, I get 2 payouts a day and ETC has jumped pretty good these last 24 hours. Earlier this week it was at $45 and as of typing this this, it’s at $133

Ill defintely look into that, I like RVN coin too. Im trying to maximize profits and right now I have alot of faith in eth but the smaller coins, I wish I could mine at the sane tine at 90% eth and 10% the other like RVN or even ETC. Also it would be nice to meet other miners in NoVa area to share knowhow and etc. I think next step to set up a proof of space work with Chia. Vidcards, the older ones seem to be going down in price but only for the 4 gig but 5 other coins out there to mine with Nvidia cards. Also I wonder how short the OEMs are really wuith silicon chips, its a quick turn around business and they sell as soon as they can no matter what but could be a marketing ploy too.

The 580 I was stupidly using the SATA power to power the 6 pin because I was too cheap to buy splitters. I got a Bios from someone seemly to be cool and I tipped them for their help. My jounrey in Crypto is hard to get good help and good info. It would be nice to get 5 more megahash per card but not worth the cards dying in 4 months… Have you heard of this, do you bios mod and change memory straps in the bios?

Thanks for all your kind replys,

I did bios mod my AMD cards, but nothing extreme. i did the 1 click option on the bottom right of polaris, and left it at that, then I messed around with the clock settings, my 570’s are at a conservative 28mh/s. Other mining software have other features, saying one software is better over another really comes down to personal preference. If you use a miner that has all the bells and whistles and you don’t use them, then its no different than running something more basic. Right now I’m running NBminer with both msi afterburner for my nvidia cards and readeon software for my AMD’s, I have both Nvidia and AMD drivers installed on the same rig running a combo of Nvidia and AMD’ cards and it’s running stable. I did this because I’ve read post after post on reddit that you cant run both drivers without stability issues and running Nvidia and AMD on the same rig. And while they’re saying that, I’m sitting here doing what they say you can’t like 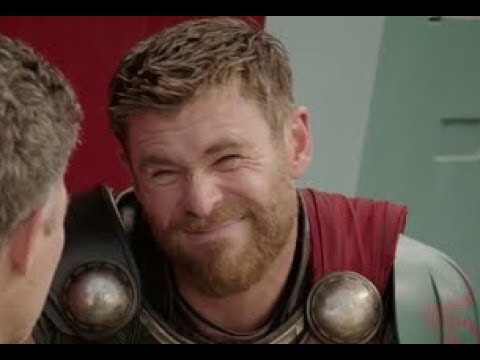 also with mining, I recommend staying away from using the SATA connections to power your gpu’s. I run 2 power supplies, soon to be 3. I run a corsair 750 for the motherboard, and to power the gpu’s I run 1 1000w server power supply to run my 6 gpu’s. When I get my 7th gpu I will fire up my second 1000w server power supply. but running my 6 cards right now im only pulling 433w total for all 6 at the chip, so I’m yet to exceed half of the capabilities of the psu. but it also leaves me with room to grow.

Hey thanks for the info, I will try to run amd/nvidia cards as Im sure people say it doesnt work because they dont know HOW to get it to work. Ive got my A+ Certification to be a tech so Im offering mining and computer tech help and builds and so far its been working. I love the 2 psu in 1 computer for expandability and I have a bunch of 4x1 slot expanders for more video cards in one slot. Havent used the 4x1 before but dont see why it wont work gen1. Maybe lose some MH because of PCI lanes bandwidth? Im known as “the MINER” at microcenter and get major attitude. Im disabled so I get to go in the store an hour early thanks to cancer but anyways I bought a 30L with a 3080 in it AND a videocard and the manager swarmed me saying I can buy only 1 videocard a month. I told them Im not buying a videocard Im buying a computer AND a videocard. Since Im not scalping and Im using them for myself so Im said “whats the big deal what I do with what I buy” and luckily they let me go buy my stuff. I know this is anecdotal but thought I might share my stress. Also the kids waiting for videocards all night in a line outside Microcenter aren’t told by the management that they have videocards in stock. I was in line outside with them for a good part of the day and I decided to go inside and found the Omen 30L with a 3090 and an overpriced 6900xt (only paod $1100(-laugh@ so high a price) but its what I wanted. This was about a month ago when things are bull.

One issue Ive had building computers is the PSU not powering on. Have all connections connected and CPU power to CPU 2x4x8 into the motherboard power and some PSUs (mostly 1k and above) wont turn on but with a cheap psu and a 24pin splitter both work. Any ideas whats up with that? It isnt the motherboard its the PSU.

Lastly I had my 1st fire with those sata connectors and after that they all went in the bin! Those wires probably only can handle 65W max, maybe 120W if your lucky but yeah I had a small smoking situation for that and it wrecked a videocard somehow too. The sata 6 pin connectors is a good way to make yourself have issues. Thanks for confirming my thoughts on those.

I run a Corsair cx 750 m modular psu. Nothing crazy but it just powered my mobo, cpu, and fans and I use the 24 pin. My gpu’s are powered by 2 1000w server psu’s which I just remembered I said that in my previous post, however I just fired up me second server psu. I just recently got a rx580 but to run it with my 570’s I have to hybrid 2 drivers into 1 to run them together, so theres my weekend project, if I feel like doing it, or just save it for my next build. Od love to get a 3090 but can’t get one right now due to finding, but as the rig keeps growing and hopefully soon I will. DM me if you ever want the driver version. I know it work with rx570 or rx580. But not for both at the same time. But if you got the money for a 3090, I know if you run a AMD, it’s gonna be better than a 570 or 580

Also for your issue with the psu not powering on, I’d assume there’s a comparability issue.

Ive 3 rigs, Bvidia, Nvidia and AMD with 5 cards. Asus 5500, Powercolor 5600 and 3x5700 (working at 55 MH) I recently the AMD rig from cards sitting outside the riser (it was not safe but worked) to a 6 or 8 card rig and my MH is down by a hair. I had 32g of ram in it on Hive and took out 2 sticks of 8 and have my CPU mining XMRig and I was getting 3MH more. CPU pinned at 6.6KH at 95 degrees on a 5600X AMD chip to make .75 a day. Wanted to do it just because and its probably killing my chip and they both were working together before with ETHash at 230.5MH and its now like 224.0 MH on ETH. You think its the RAM or the Risers? Thanks for all your help and hope this helps other too.

PS: BTW were you the guy I gave $20 in ETH for helping me with the RX 580 Elsmere BIOS? That worked for a bit if it was you then I was using a SATA power to the riser and that smoked up and the card died. Trying to RMA it now but no word yet as Ive shipped it back.

I was not the guy you sent the eth to, and as for the mhs, it could be a combination of things, but quite possibly be the riser, what pool do you use?

i use ethermine, I had my overclocks wrong in hive. I did not bios mod yet bc I had that 580 fail after flashing -it failed after 3mo and was getting +8 more mh. His name started with crytp too, go figure…hehe.

been a while, but yea if you bios modded the gpu, gotta be careful, i use the 1 click feature on the software and ally my amd’s are still hashing along