WATCH THIS REVIEW before you buy a Todek Toddminer ASIC mining rig! This miner was supposed to earn $30 a day in passive income, but it keeps turning off and mining slowly. Subscribe to VoskCoin - http://voskco.in/Sub

The Todek Toddminer C1 Pro has been one of the most anticipated mining rigs of the year, as it is supposed to earn about $30 dollars a day mining it as passive income. In our testing and review the Todek Toddminer C1 Pro Nervos Network CKB ASIC miner DOES NOT mine at the advertised speed of 3 Th/s, it is actually mining 25% slower than it is supposed to and that’s when the miner actually manages to stay online mining. This is one of the most unstable and unreliable ASIC mining rigs, or any crypto mining rig for that matter that we have ever reviewed. If you want to ASIC mine Nervos CKB, we would recommend the Bitmain Antminer K5 which we reviewed here - https://www.youtube.com/watch?v=9zCLd_didbk

Originally we thought the Todek Toddminer C1 Pro would be the best mining rig and the most profitable mining rig, however, it is unreliable and not maintaining the high mining profitability that we had anticipated and the mining profit calculators had suggested. Seeking passive income through cryptocurrency mining is always an interesting goal, unfortunately not all ASIC miner manufacturers have the same production quality and standards and even the most popular brands still leave a lot to desire as Bitcoin and cryptocurrency is still an emerging technology and sector. 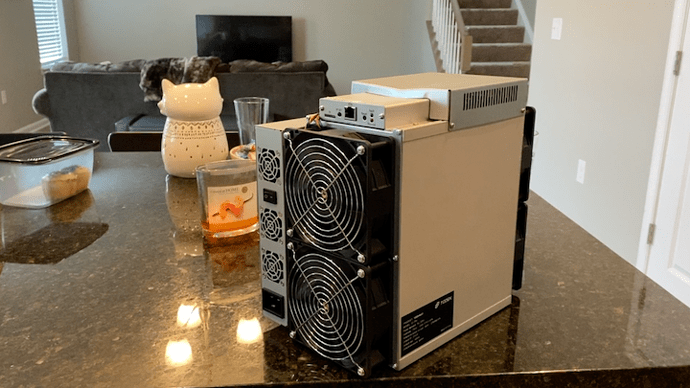 Does this miner work on Nicehash or does it stop mining like the K5?

We have been speaking to Todek regarding the instability issues for the C1 PRO.

For setting up the miner:

We have direct contact with Todek and have found a solution for all of our clients who have experienced any issues with this C1 Pro.

Feel free to contact us directly at: info@coinminingcentral.com with any further questions you may have.