HUGE cryptocurrency mining earnings update, what are the most profitable coins I am mining, what are the best miners I am using, and how I’m earning passive income this way! Subscribe to VoskCoin for more! http://voskco.in/Sub

Start staking your cryptocurrency today along with a $50 sign-up bonus, we are staking our crypto for 4-18% APR right now! Get $50 in Cryptocurrency JUST FOR SIGNING-UP With Crypto.com

Watch the VoskCoin Dogecoin TikTok review and if we think that DOGE is going to 1 cent, 10 cents, or even a dollar?! https://www.youtube.com/watch?v=CFd8Ppsk198

Cryptocurrency is crazy, and then when you add cryptocurrency mining to the equation it gets EVEN MORE complicated – that’s okay though because the passive income earning potential is super lucrative depending on your electric rate. Today I review how I am earning passive income in cryptocurrency by using ASIC miners, FPGA miners, GPU miners, and CPU miners, so basically, anything that can mine crypto coins… we are using! This video review is focused around the new mining rigs we are running, like the Bitmain Antminer T19 mining Bitcoin BTC, and the VU9P TPS-1530 FPGA mining rig mining Digibyte DGB, and the Monad Imperium R2 FPGA miner we are mining Kadena KDA with, and our GPU mining rigs that we were mining beam coin with, we also just got the Hummer Mars H1 Handshake HNS ASIC miner in which was supposed to be the most profitable mining rig but… it is surely not going to be… We also have a mining earnings update on the Waltonchain WTC Kirinminer FPGA, it is still profitable, but how much mining profitability? So let’s review the best and most profitable mining gear we have for better and worse!

Come join the best cryptocurrency forum EVER, VoskCoinTalk to discuss anything cryptocurrency related, but naturally, we talk a lot about crypto mining! http://voskco.in/forum 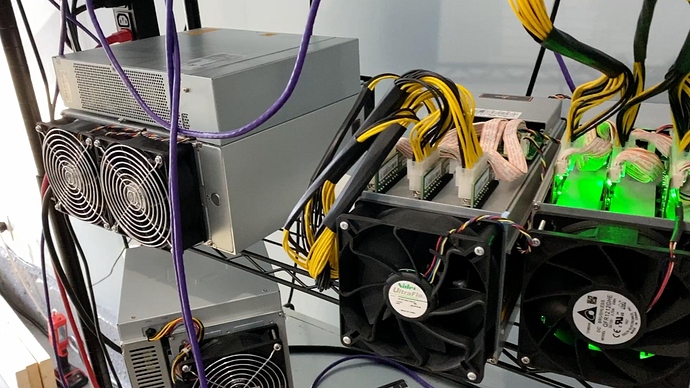