How To Earn Passive Income with your CPU and GPU | NiceHash 3.0 Guide

Turn your computer, gaming rig, workstation PC, or whatever into a passive income earning machine! Use your CPU and GPU to passively mine Bitcoin that is easily sold into dollars. Subscribe to VoskCoin - http://voskco.in/Sub

Multiple streams of income are one of the keys to success and adding passive income through the use of computers functioning as mining rigs is becoming more and more popular. I have been using my computers and gaming rigs to mine cryptocurrency since I discovered this was possible in 2017. Platforms like NiceHash make it really easy to turn your gaming computer into a passive income earning mining rig in just a few clicks. You can earn passive income mining cryptocurrency that is converted to Bitcoin with your CPU, and your GPU, and also custom mining computers called ASIC miners. In this video review and tutorial, you’ll learn how you can easily earn money from home online by just downloading and running NiceHash 3.0 a cryptocurrency hashpower marketplace where you will basically be selling or renting out the power of your computer whenever you want to!

Read our background story on mining with NiceHash on VoskCoinTalk the official forum of the VoskCoin community! - Who is still using NiceHash and their Nice Hash Miner?

Have a question for NiceHash? Consider contacting them directly here on the VoskCoinTalk forum @NiceHash is their official account, and they even have an official NiceHash thread here for your feedback and to post updates.

This is the official NiceHash thread and this profile is run by a NiceHash team. You are welcome to ask questions and we’ll be happy to help you out. What is NiceHash? NiceHash is an open hash-power marketplace that connects sellers or miners of hash-power with buyers of hash-power. Buyers select the crypto-currency (algorithm) that they want to mine, a pool on which they want to mine, set the price that they are willing to pay for it, and place the order.… 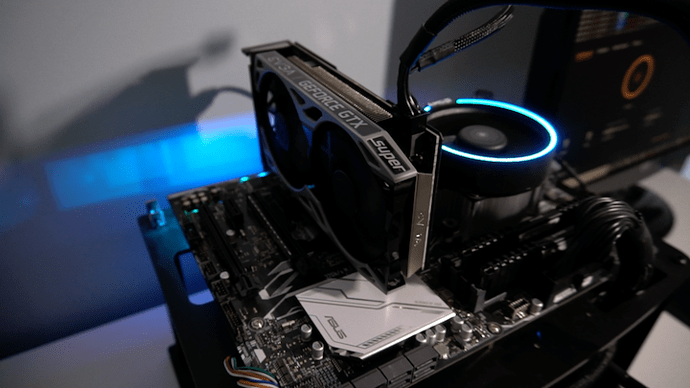