This video will show you how to begin GPU mining Beam on their latest Beamhash 3 algorithm on Windows and Linux (smOS) with Nvidia and AMD GPUs to increase your mining income! Subscribe to VoskCoin - http://voskco.in/Sub

Start staking your cryptocurrency today along with a $50 sign-up bonus, we are staking our crypto for up to 18% APR right now! Get $50 in Cryptocurrency JUST FOR SIGNING-UP With Crypto.com

Beam has been making GPU mining more exciting and profitable for years now, and they have done it again with their latest hardfork upgrade to their Beamhash mining algorithm. Beam hash 3 is the latest Beam Proof of Work PoW mining algorithm upgrade, this upgrade requires mining software to be updated and has given the opportunity to earn more Beams or Beam coins and thus money when GPU mining Beam! I will show you how to mine on Windows and Linux via Simple Miner smOS with both Nvidia and AMD graphics cards. Currently, GPU mining beam is ~50% more profitable than other coins, however, this will likely eventually even out in GPU mining profitability in the short-term. The question is the will you hold onto your Beam coins you have mined and hope that increase in value in the future or will you trade them into other cryptocurrencies or simply sell them for fiat dollars.

Link!
VoskCoin Beam 3 mining notes and mining configuration examples that you can copy and paste to get up to speed mining Beam quickly available on VoskCoinTalk the official VoskCoin forum!

Let’s mine Beam on Beamhash3 III! [Imgur] Beam just hard forked again to beamhash III, the third iteration of their customized equihash mining algorithm. This is the last planned change to their mining algorithm and it is anticipated that ASIC miners will takeover this network eventually… but until that day it will be mined with graphics cards, or GPU mining rigs! If you want to learn everything you can about Beam and their beamhash 3 minin… 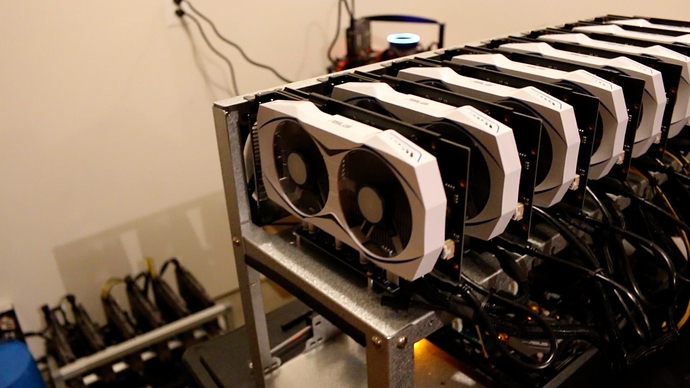