A $2000 investment turned into me spending $100,000 dollars building a custom shed for cryptocurrency and Bitcoin mining. Here’s the story of Drew Vosk and the VoskCoin Mining Farm Shed. Sub to VoskCoin - http://voskco.in/Sub

VoskCoin had a simple beginning, which was to just use cryptocurrency mining as a way to acquire crypto, specifically Ethereum originally because Vosk was worried that it was already too late to profitability mine Bitcoin BTC. A simple 6x GPU mining rig would spawn a MASSIVE Bitcoin and Ethereum cryptocurrency GPU mining farm out of a shed in his (side) backyard. Vosk began documenting his cryptocurrency and mining journey right here on YouTube on the VoskCoin YouTube channel. VoskCoin has grown to become the largest cryptocurrency mining channel in the world https://www.youtube.com/voskcoin

Join the official VoskCoin cryptocurrency VoskCoinTalk to discuss crypto and mining, here’s our latest How to MINE 1 Ethereum in 2020 write-up! What Do YOU Need to MINE ONE ETHEREUM In 2020?!

This video documents the cryptocurrency and mining journey outlining the progression and evolution of this mining farm. Cryptocurrency and the state mining changes rapidly, and as time continued to pass Vosk continued to build new mining rigs, try new ASIC miners, and mine different crypto coins. Using Baikalminers, Bitmain Antminer’s, Innosilicon ASIC miners, Spondoolies SPX36, and Obelisk Tech ASIC miners along with dozens of different GPU mining rig designs. The Nvidia 1080 TI was clearly the favorite and preferred GPU for mining cryptocurrency, and even currently the 1080 TI continues to be a top choice for miners and a profitable GPU to mine with. Ethereum is the backbone of GPU mining profitability, unfortunately ASIC miners are now dominating Ethereum mining efficiency. VoskCoin has moved from mining his house, to a dedicated mining shed, and then to a custom mining garage setup! 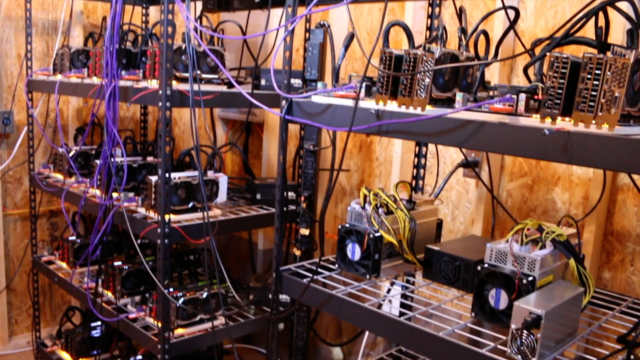 been waiting for 100k subs for this? lol I can’t wait to go watch it! You are my crypto-dad whether you like it or not but don’t worry I dont try to sue my fam lol