Is Altcoin ASIC mining still profitable?! Altcoin mining has been an exciting way to earn passive income in cryptocurrency and an alternative to mining Bitcoin directly. Let’s review my mining profits and SUB to VoskCoin! - http://voskco.in/Sub

Altcoin mining has really always been our obsession, Bitcoin mining while awesome and interesting, has been industrialized over the past several years. While the ability to mine smaller and newer emerging cryptocurrencies presents a greater risk, and hopefully a greater reward. ASIC mining is an interesting premise, because this mining hardware can ONLY MINE one single mining algorithm. The Bitmain Antminer K5 only mines Nervos CKB as its the only coin on their eaglesong mining algorithm, so to an extent, investing in a Nervos CKB ASIC miner is similar to investing into the coin and it’s decentralized network. Altcoin mining is risky, buying and holding altcoins are risky, but the potential upside to mining, buying, and holding altcoin cryptocurrencies can be potentially incredible. 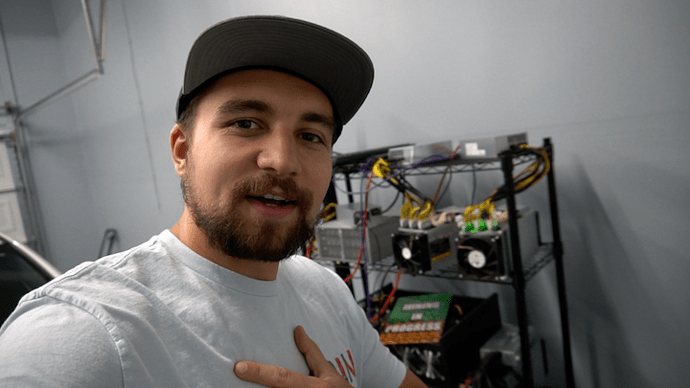 which mining rigs did you turn off?