Is it a scam? Wiki

Wiki’ing the ‘is it a scam?’ question.

What to look for

This is not vosk:

We are still dealing with scam impersonator VoskCoin accounts everywhere really, but also on YouTube. 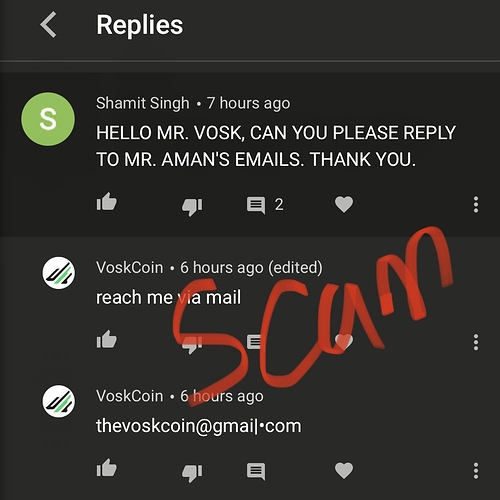 Or ‘ads’ such as these are scams - there is no VoskCoin arbitrage,

These fake Facebook scams have been RELENTLESS, we deal with a fake VoskCoin Facebook page DAILY, yes daily, for several months now.

Let’s start with what the fake VoskCoin Facebook accounts and their posts look like. They will comment on most of our posts on our REAL Facebook page. As you notice in the screenshot below, at first glance it looks like it is actually VoskCoin and it’s almost always some fake giveaway involving Bitcoin or Ethereum.

Please take note, when the official VoskCoin Facebook page comments on one of the VoskCoin FB posts, it will show a small microphone icon and author. We also don’t run ridiculous dollar amount cryptocurrency giveaways daily. 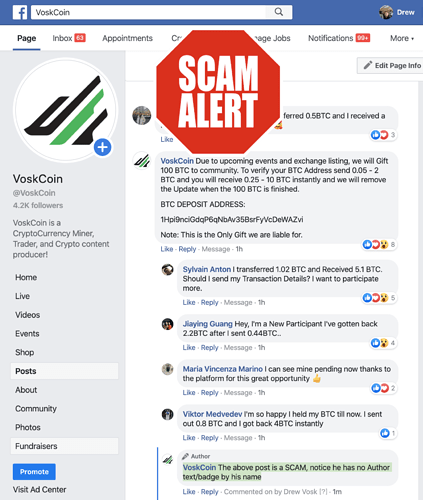 When you click on these fake VoskCoin Facebook pages, you’ll notice they copy the official VoskCoin Facebook page profile picture, cover photo, and that’s normally it. Normally they have 0 likes and content. This is because we actively ban each one of these fake profiles once they comment on our posts. We have contacted Facebook directly, and they are of zero assistance. Which again is why we resort to the only remedy we have which is individually banning each fake page, and they create fake pages DAILY… 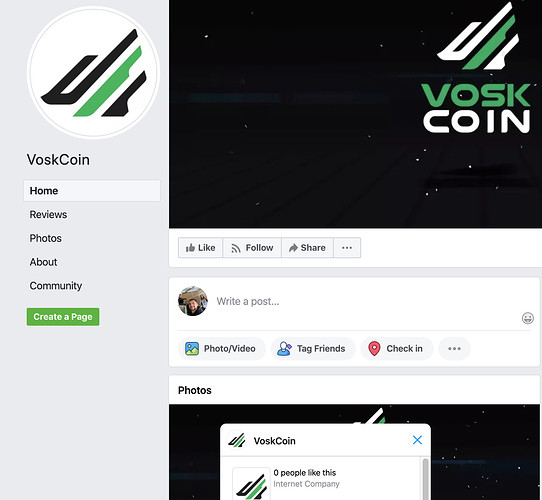 For reference please notice our official VoskCoin Facebook page , it will as of 2020 be in a unique layout that prioritizes video delivery, have thousands of followers, and tons of unique content. We do not message anyone on Facebook either. So if you have a Facebook message on Facebook from “VoskCoin” it is 99.99% likely to be a fake VoskCoin page and scammer. 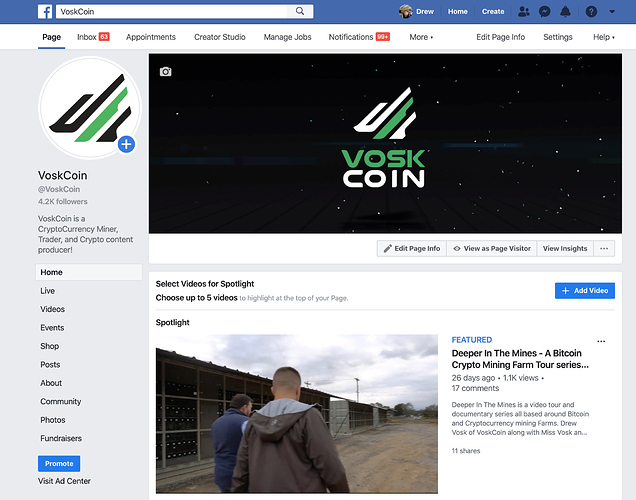 If you have any questions, concerns, or would like to report unusual activity and messages please sign-up with VoskCoinTalk the official VoskCoin forum and post a topic in #voskcoin or #cryptocurrency:scam-alerts with all relevant information.

As always thanks for sticking with us through all of this, and we look forward to bringing you more exciting crypto content! If these fake scam accounts have not scared you away, please follow VoskCoin on Facebook, using the direct URL link here - https://www.facebook.com/VoskCoin 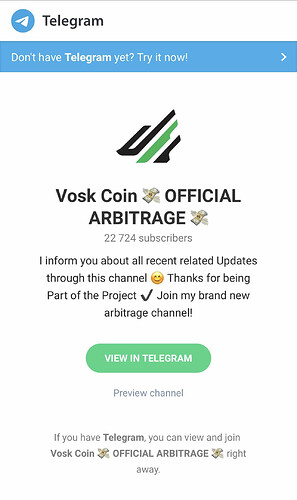 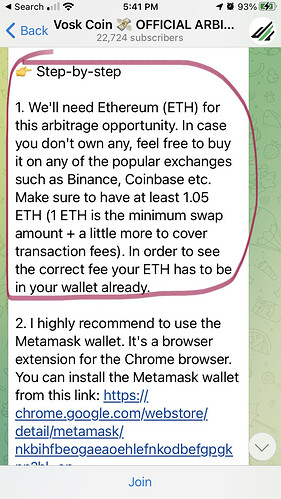 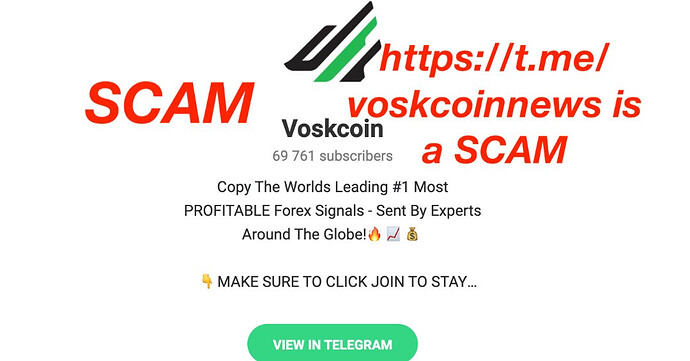 Only real version is at https://twitter.com/VoskCoin

Only real version is at https://www.instagram.com/voskcoin