There’s a big conversation happening on Vosk’s discord and I have a lot of points to share of my concerns on Lifi Beam. Is it a scam or a miserably run business?

First of all they ban people who question them and threat legal action to people who ask for more information and follow up for not receiving their orders.

Their team photos are AI generated and say it has to do with Chinese military contracts or something? :S 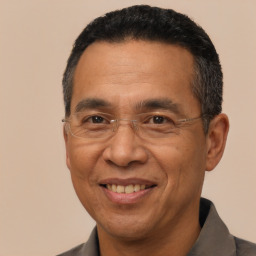 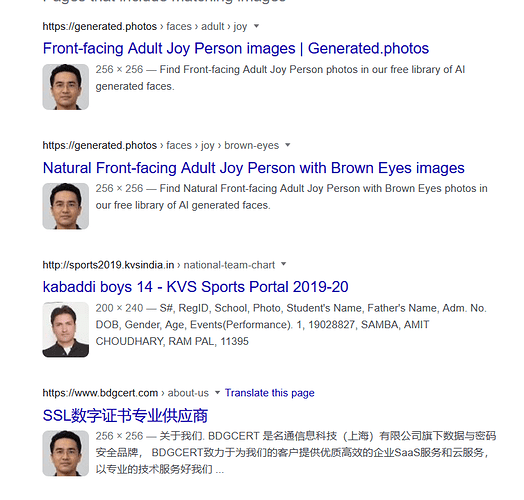 They published another video with a fake AI team that is completely different too.

Lifi Beam and the Misp Tech scam use the same explainer type video with the same fonts. 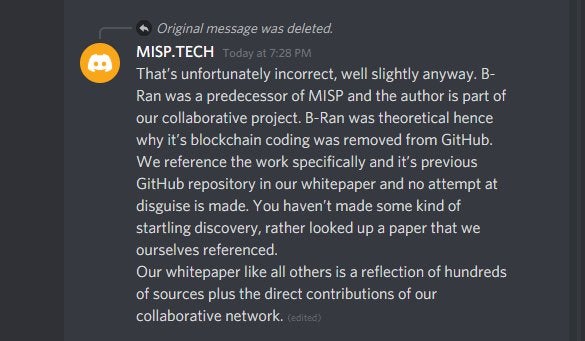 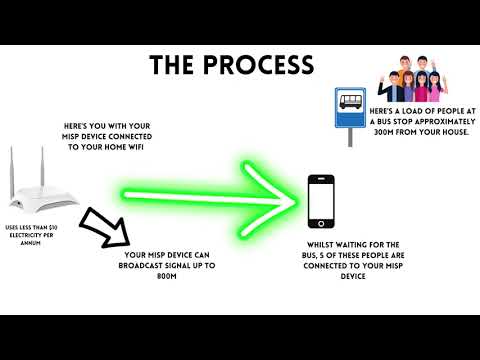 They muted their Telegram

Press releases say they have 17 million usd in funding but can’t disclose any information about their funders.

FB group called Lifi Beam Earnings has a thread of people claiming to have been receiving massive earnings from May. They all seem like fake profiles with no cover photos. Lifi beam uses these as screenshots on their website as official promo material yet deny they can’t verify because the group is community run. They say these people received their gateways from their private employers.

Images attached in case they take it down 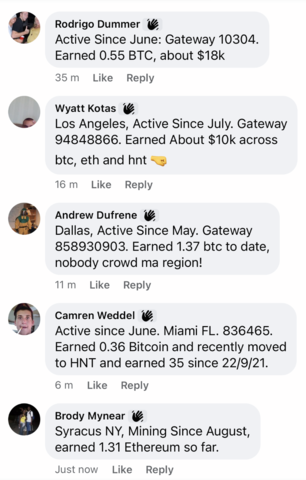 Fake looking facebook profiles incase they take it down

They reported that customs issues were why no one in USA was receiving them yet they have one “influencer” in California who got one.

Real influencer skeptical of them 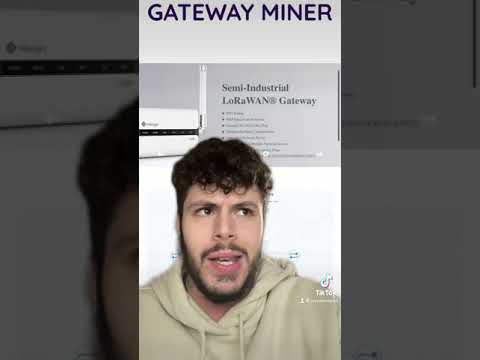 Facebook and discord admins for Lifi I believe are being used as pawns.

In their discord theres people who claim to be receiving their tracking, gateways, and earnings.

I’m not fully dismissing them but all of this is too much don’t you think?

Thank you voskcoin you are really the best for saving people getting scammed. This company is a Ponzi scam. They will sell 100 miners (so they can’t be arrested for fraud) then they will keep everybody’s money and run away.

Shopify froze there account and automatically refunded there money

The devs are fake

Have you googled them? Omg the reviews

If you payed in crypto you will never get your money back.

Worst ponzi pump and dump ever you have been warned guys 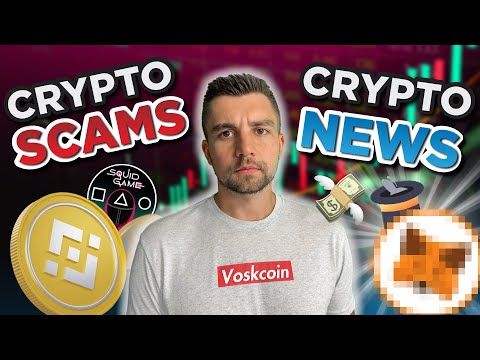 Andy and the Lifi beam team are threatening to sue us and are trying to have YouTube take our video down because of this segment on li-fi we did that was sponsored by them.

Before completing this, I said we wanted to refund them and not move forward, they said they wanted the coverage and our opinion, I said okay, and then they were not happy with it and have been typing me novels through email.

So we’re expected to trust a company that has closed their Twitter twice and shut down their Reddit and Telegram? 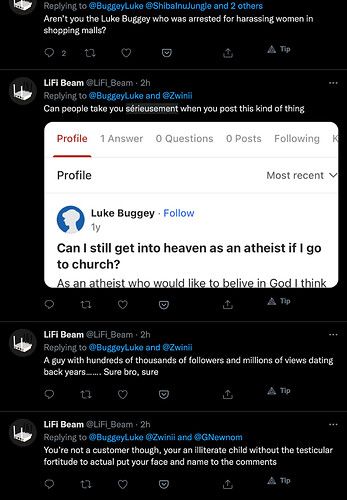 Screenshot of their twitter admitting the discord is theirs when they always say they can not take responsibility for the discord and can not help anyone because it’s not theirs.

Ask any of their most public supporters if they are okay with all off this bullshit they will never address or admit it’s not okay.

I can trust that shipping can be delayed with any company but the amount of people who say they’re not getting help or being banned and ignored is alarming. 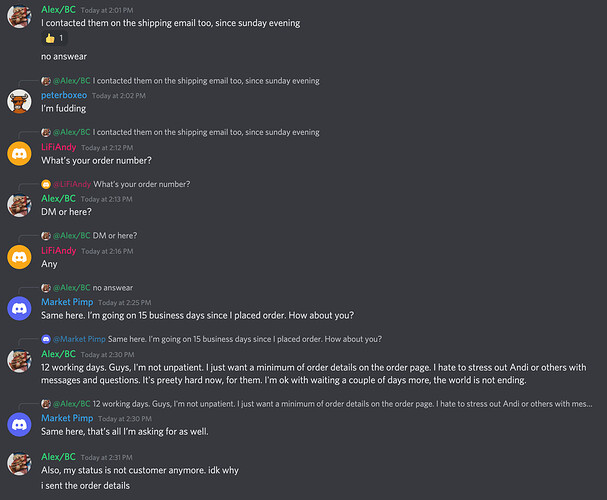 Questionable behaviour by Lifi and the people who support this 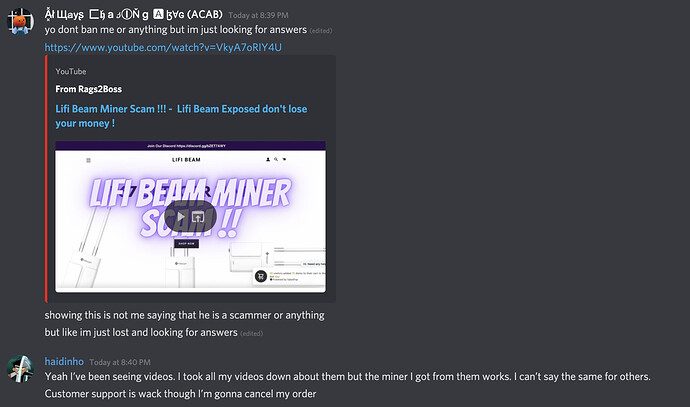 Here is the only influencer that worked with them admitting he took down all of the videos he did promoting them, cancelling his second order because of their lack of professionalism.

They say their social media manager was personally attacked so they deleted their business twitter? How delicate and alarmist.

In a now taken down Facebook group their social media manager Bri_Guy was confronted about all of the things mentioned in this thread here and he dismissed them. He said it’s not him yet his face is the same face on TikTok hashtag #LifiBeam under his pet dogs account Miles_thePomsky. And if you look up that account on Instagram there he is with his dog, the same person on FB who said he had no association with them. This is all public domain.

Big contrast to when they personally attacked someone who questioned them on Twitter by saying they sexually assaulted someone and had no testicular fortitude.

What seems alarming to me is that only some people are getting them making me wonder if they are pocketing the rest of the money.

If you’ve wondered why you might see a Browan gateway instead of the Milesight one in videos on Youtube it’s because Browan stopped working with them and they had to find a new supplier.

My biggest question right now is why is their company a partnership of two companies and when you look up them up they’re owned by the same person and have zero assets last year.

Are these shell companies that own each other? 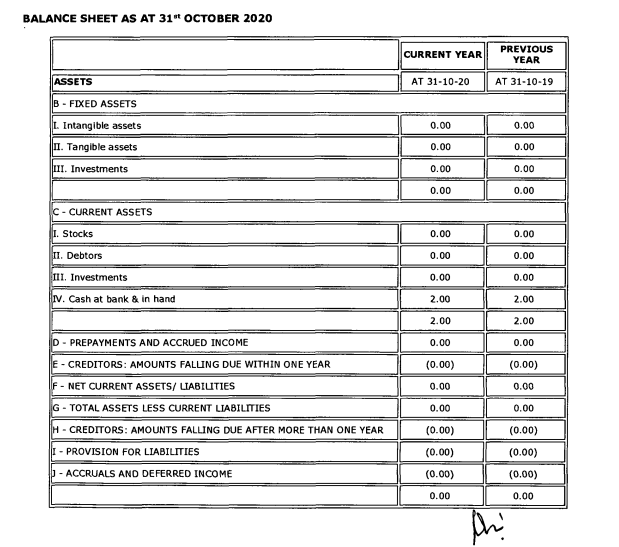 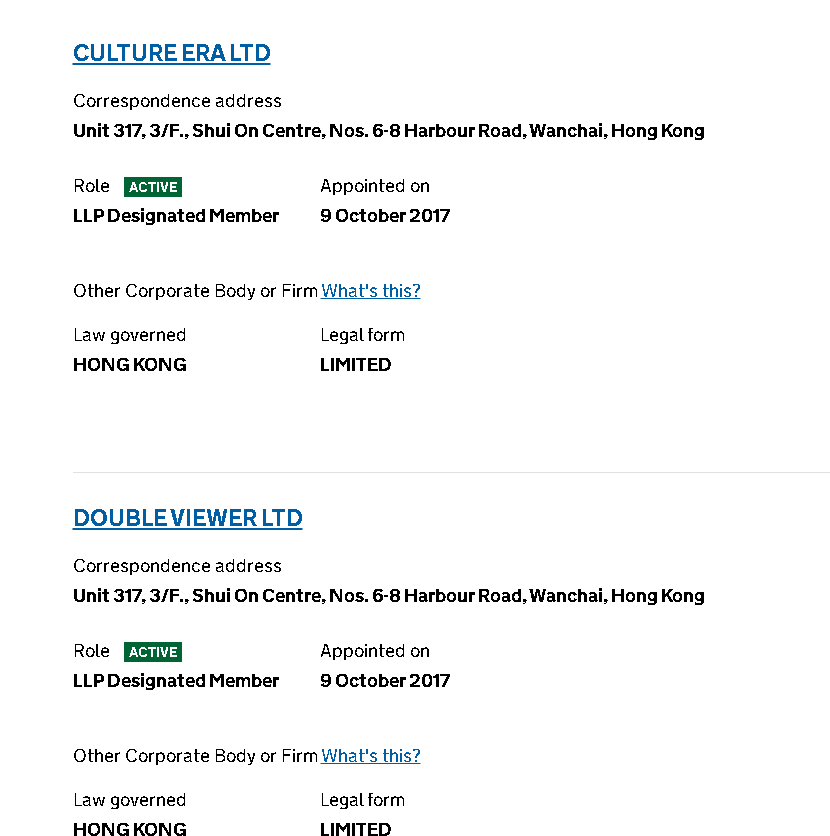 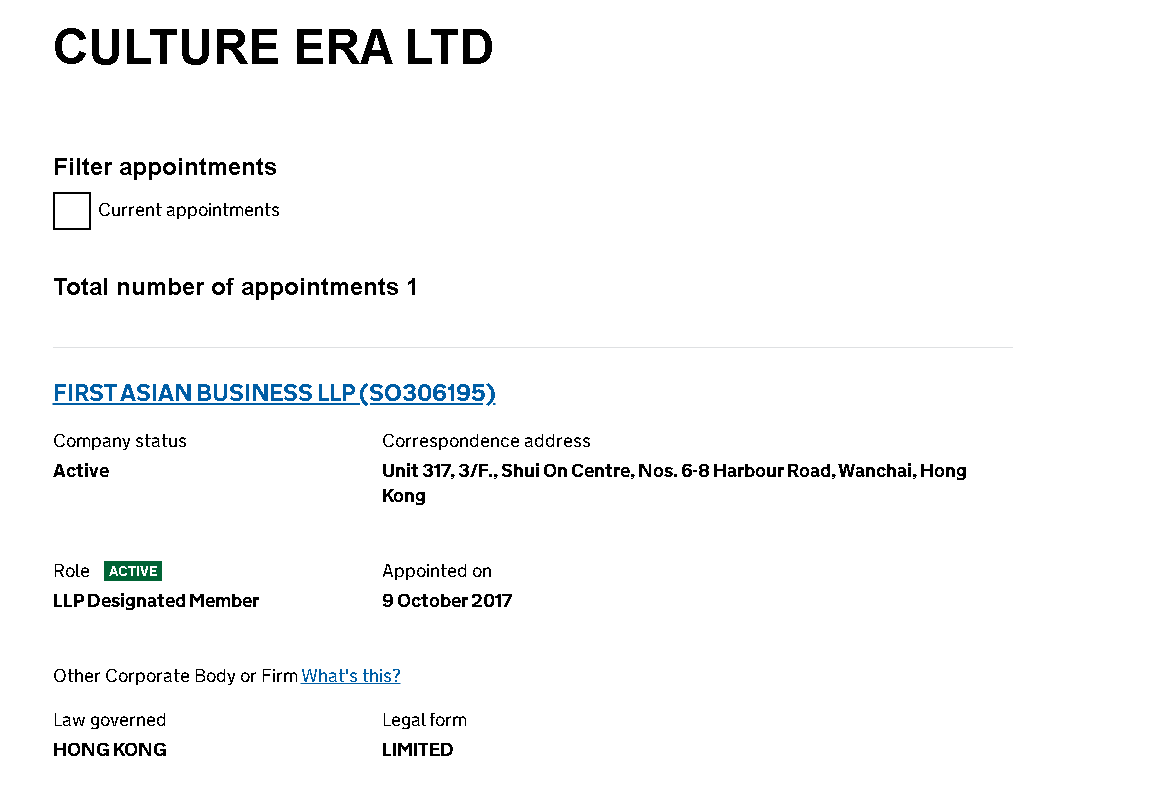 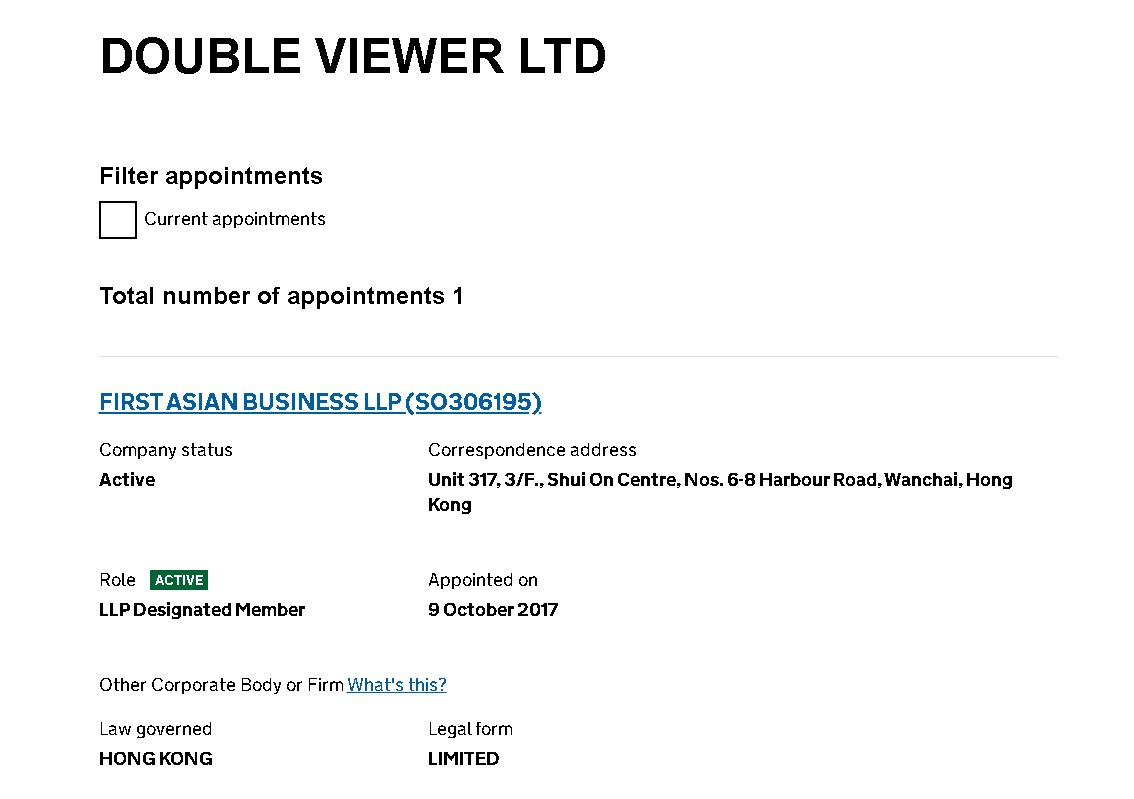 It’s likely they’re waiting for 30 days to pass so they’re not liable and can get away with it.

And their latest contest? Asking people to ask Vosk if he pays taxes.

When have you seen any respectable company asking you to do something that unprofessional? 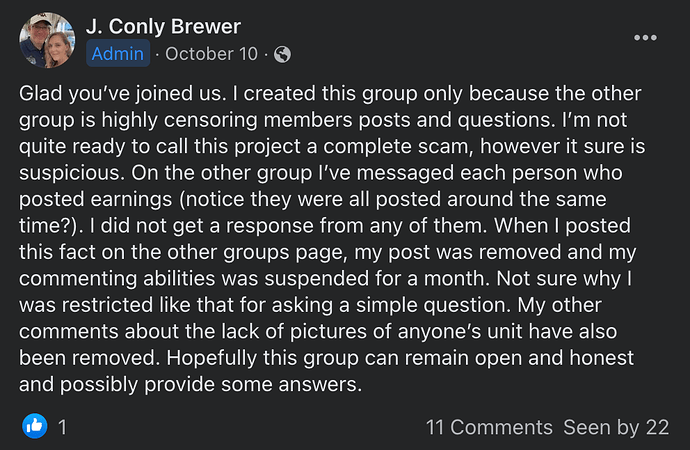 Which group is this?

Everything about this project is screaming scam right now. If it isn’t one, they’re doing a great job at pretending to be one.

Typically you identify scams with companies that continually change their sole mission, can’t be verified by verifiable sites, Shopify refunding, Twitter shutting down accounts for impersonation, and a highly unprofessional social media presence as well as horrific grammar used in “company letters” should tel you more than enough of what you need to know. 100% scam.

I wonder what prompts this kind of behaviour ?

Even if this was a legit and above-board company, it brings into question what their business practices are like.

I had a friend send me a Fomo text saying he was about to buy a couple of these and if I could just check it out and tell him what I thought about the project. After seeing the reddit post warning people about Lifi I decided to look into it a little deeper
made these 2 video’s on the matter: 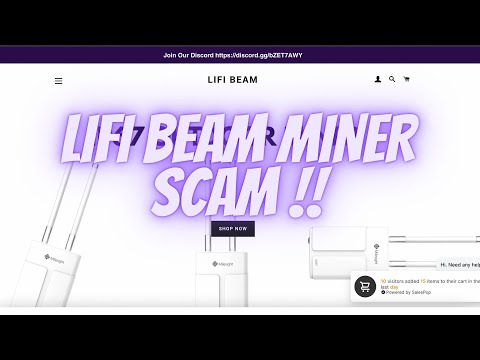 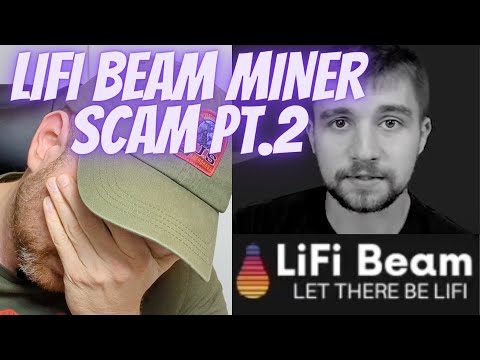 Made fun of Vosk in the last one a bit for not calling them a straight out scam, but I also understand he needs to cover his ass legally

Basically even without knowing all the great info in this post you can safely say this is a scam just because of the fact that they claim to pay people in whatever crypto they want. Helium pays people in HNT because they can make HNT for free, The market then assigns a value to the token by it being traded, however if Helium had to pay all the 300K+ miners 20$ in BTC a day they would be broke in not even a day. Following that same logic, this project can never be legit

The question is what if anything can we do to stop these guys from scamming people?

My understanding is that you’re paid on actual gateway earnings, not proof of coverage or proof of presence.
They’ll denominate your earnings therefore in whatever coin you want except fiat.

I ordered one a month or so ago and it came as they said it would. It’s just going up on the same pole as my HNT miner, MatchX and 5G/WiFi as soon as I can get a grounding rod driven in.

I’d like clarification from them on this as well.

They said they used Fake AI photos of a fake team because of global military contracts.

I guess the idea is kind of cool, but it seems like a scam to me, Likely. like next step will be AiFI via air. light can’t travel through sold objects; hence we have day and night

Greer’s comment about the fact that, regardless of their legal status, the fact that they go to efforts to mock and ridicule those who speak against them shows that either they have to fire their social media manager, or that if he is a co-founder, that their business won’t last long even with a working product. Children don’t last long in crypto. Especially not in cutting edge crypto like the tech they claim to be spearheading. No matter how much they “claim” to pay out, I will not believe it until there is cold, hard, experimental proof that their “LiFi Beam” is an actual product, working according to the principles of Li-Fi. Great vid overall though - kept it clean and professional. Can’t say the same about them though!

I placed an order for a gateway on Oct. 14th. Was told 10 days shipping with expedited shipping which I opted for. Paid in crypto. I got an email confirmation of the order on Oct 28th. On Nov. 2nd I received a shipping notice from “Parcel Monkey” which linked to “ParcelFoce”. It gave a tracking number but no tracking was provided. After 10 days I contacted both the shipper as well as LiFi. The shipper indicated that they only had a label and no package had arrived for them to ship to me. LiFi never responded to my email inquiry regarding my order. On Dec.16th I inquired on discord about my order and was promptly muted. I sent a DM to “Andy” and asked why I was muted. He replied with “Read the rules”. At this point I sent him a refund request along with my wallet address. He responded wanting to know why I thought he needed that information. I told him since LiFi had not responded to my email inquiry over a month ago, I did not have any confidence that I would receive a reply regarding a refund. At that point I was promptly banned from the discord. I’m not saying this is not working. I’m saying it’s not working for me and after seeing how people have been treated as well as myself, I do not want to have anything to do with this project or company.

Here is what “Andy” claims. Followed by Parcel-Force response to me. 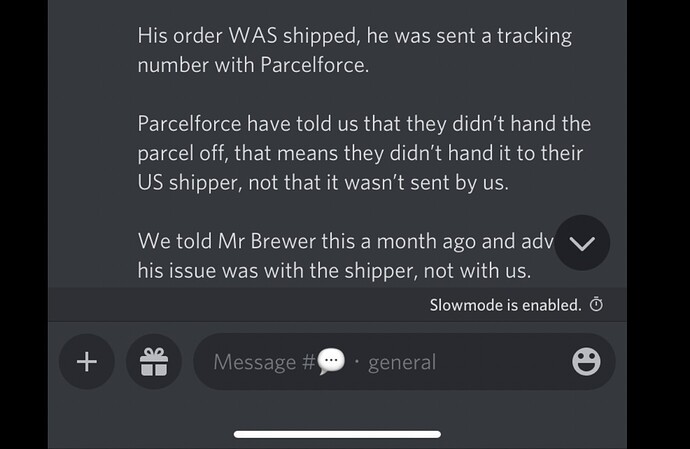 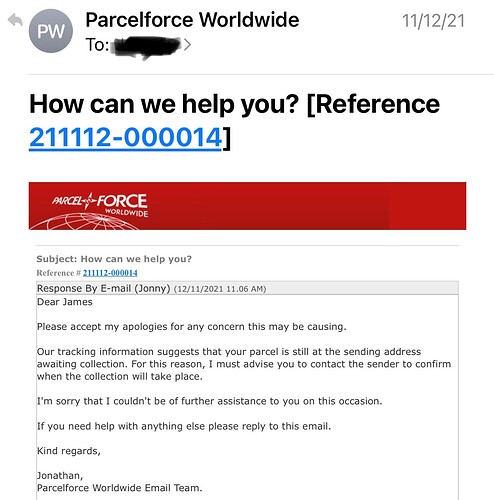 They don’t give a shit about their customers aka victims. 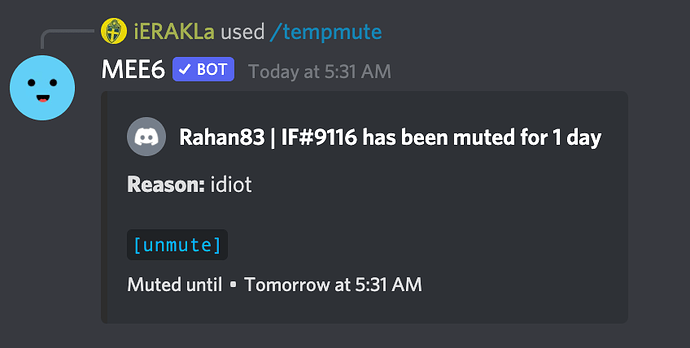 They publish their customers names in public and discriminate them based on age.

They have no intention of running their discord. Disastrous customer service.

They lie about their costs

They mute, ban, and ignore people for asking for refunds and for not being attended after asking.

You can’t ask for help because they don’t allow it or give a shit they just want to scam. 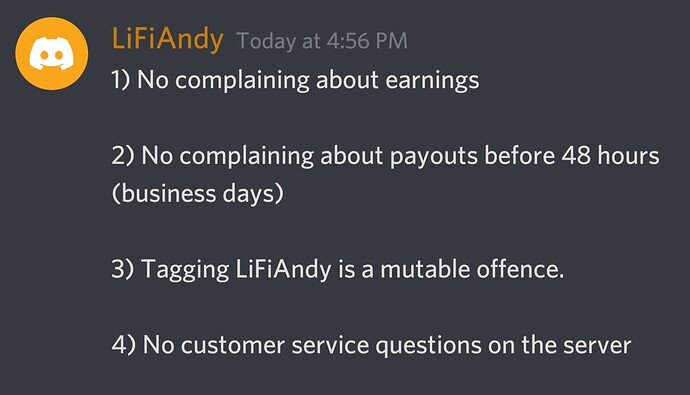 Best of all they launch tokens and dump on investors and pretend its not them accusing some Romanians.

Have you ever wondered why the Lifi UK facebook group is run by Romanians in the UK.
And why the admins in the discord are Romanian too? And why the people who defend them on Twitter are all Romanian?

This is sounding like a UK, Romanian, Hong Kong team scam.

Think twice before you invest in a product they themselves don’t give a shit about and lie about.

Our orders have been canceled without customer`s consent. Very high risk scam project. Be careful.