Hello, the white female PCI connector of my minidoge just got burnt. IST replaceable? Can I buy it on Amazon?

Unsure if you still need an answer. Yes same happened to two of my miners. Did it look like these pictures? 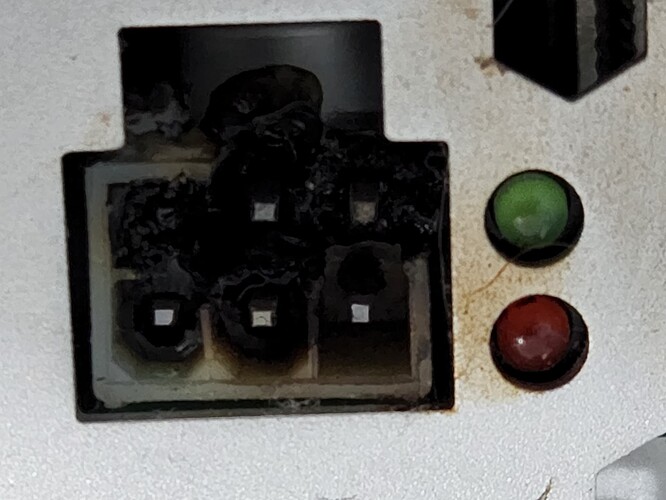 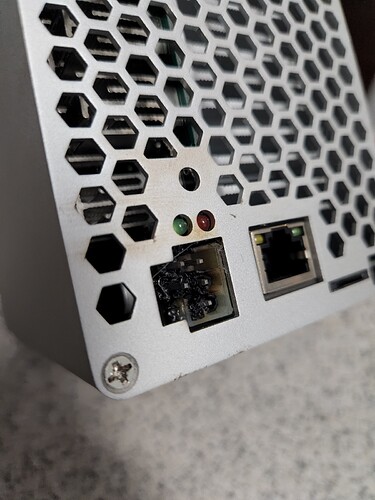 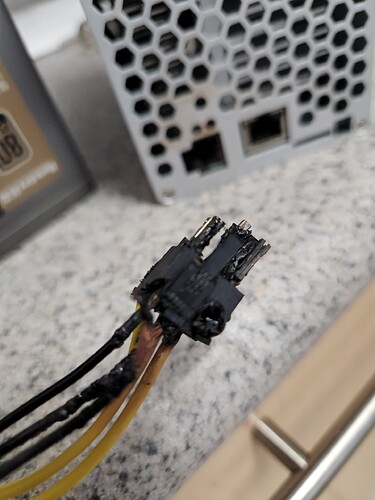 20220402_1823291920×2560 203 KB
What I did is carefully pulled out the burnt connector header(white plastic piece) from the pins, scrape/clean the pins of all melted plastic and replace with these that I bought on Amazon.
CONN HEADER R/A 6POS 4.2MM, (Pack… Amazon.com
It worked perfect for my kdbox. The mini doge the control board also burned out and needed to be replaced…had to order a replacement from ebay, flashed it with new firmware and its back up working again.
1 Like
Mini Doge repair😭
deephouse June 5, 2022, 1:52pm #3

Happens way too often on these miners fr

I got paranoid after it happened twice in a week, so I now regularly check the back of each and also stopped running the minidoges on hashrate mode, switched them all to balanced.

@JImboA unsure if you are asking me. Both that burned were the Huntkey 80 Gold Plus that came stock with the miners from coinmining central. Now I just use the power brick PSUs from goldshell along with 4 box psu which I’ve had for nearly a year with no issues.

Yeah I keep hearing the same with the black PSUs the come stock, Im also using the Goldshell 4 boxes PSU and its been doing fine.

Would be curious to know more details from those it has happened to as to what mode their units were in and other factors. This problem is a major concern and one reason I won’t buy myself one of these boxes even though the idea of a home DOGE miner is so appealing to me. Perhaps in the most aggressive mode it is pulling too much juice and/or combined with a less reputable PSU that might send more juice than it should when pushed to the max. I am not familiar with Huntkey so I begin to question if that 80+ rating is valid and would be curious if something like a Seasonic PSU would not have issues. I know it has been mentioned that the plug inside the unit is a very cheap and inferior type compared to the replacement I see people link.

I honestly wish @VoskCoin would cover this issue as I see a fair number of reports of it and I can’t recall a video on this issue from him.

Just picked mine up from my local PC store. Apparently the white connector was missing a pin and that caused overheating and melting. These piece of equipment have no quality whatsoever. Not recommended at all

Attempting this repair myself. Curious what wattage soldering iron you used. Attempted this today with a 25w iron, and it wasn’t hot enough to melt the sold around the pins. Ordered a 100w iron from amazon.

Now attempted to remove the old pins w/ a 100 watt soldering iron. Just not getting any heat through the pins. Any idea from anyone that has done this already? I’ve love to get my min-doge back online. thanks!

I had a similar issue. Had a co-worker look at it. Turns out the solder is tin which needs much higher temperatures to get hot.
Had an electronics repair shop fix it for me. Much easier.

Thanks. I did end up using a 100watt iron, but needed a solder sucker, a solder wick and flux to make this happen. Highly suggest getting someone that’s familiar with these to help. Those pins are really stuck in there. Anyway, it’s fixed, and running fine again. Finger-crossed I don’t see another melt-down.

BTW - I have extra PCI6 pins. If anyone wants one, DM me.