New to Crypto Mining, Having Problems with Mining Ravencoin Following the VOSKCOIN Tutorial

Hello, I’ve been mining raven coin for the past 10hrs and i followed the tutorial on VOSKCOIN’s youtube for ravencoin. but i haven’t gotten any coins in my ravencoin wallet yet. i’m new to this so could someone please help me out(pictures are attached) 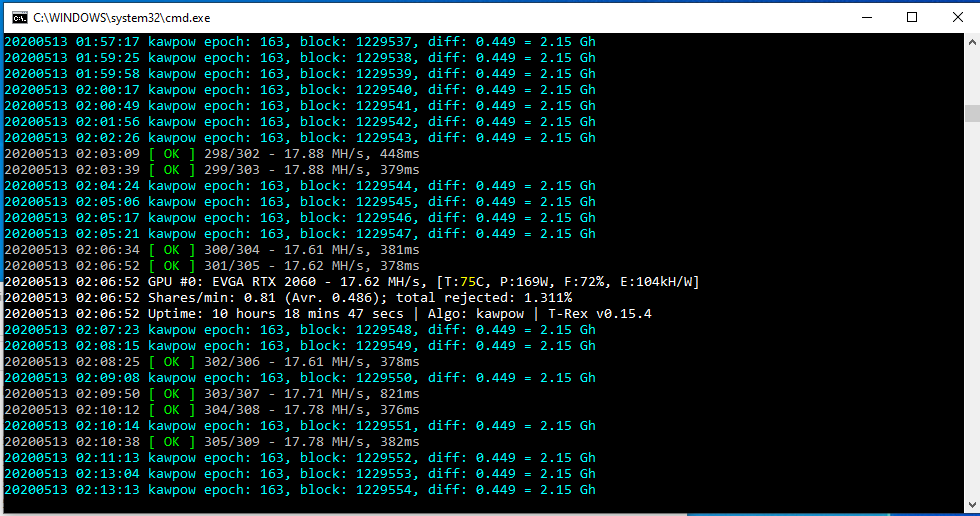 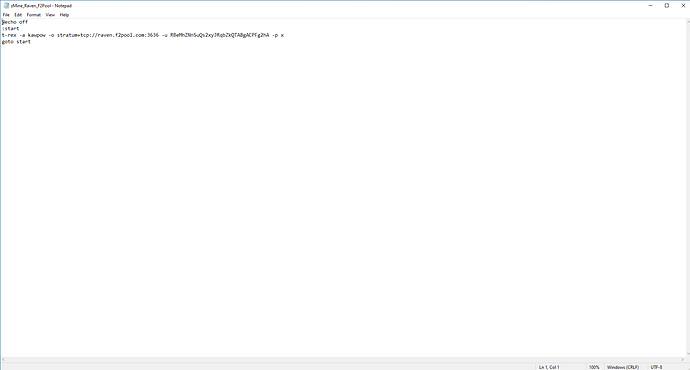 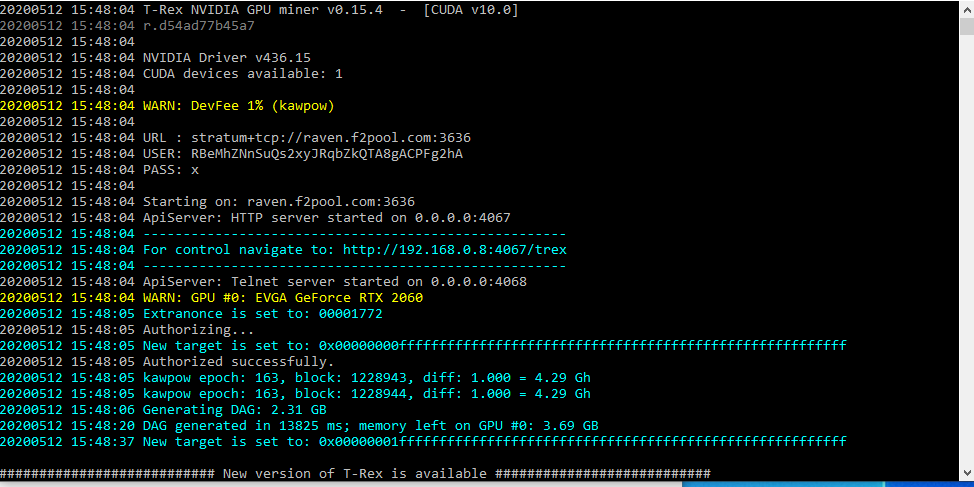 You are getting shares, where it says ( OK ) 305/309 that is your shares it means you have 305 accepted and 4 rejected shares. Then it shows he speed the shares were submitted and I am not sure but I think the numbers followed by ms show what your share is worth or the difficulty.

If you are mining on a pool, check their web-site and try to find your miner. There’s probably a “pending” payment, since they typically only pay out when you meet a certain amount of coins and sometimes only at certain time periods.

thank you, do i need anything else besides a wallet address? i check my address 2 times and it’s correct but i’m wondering if i need to download the wallet or if i’m missing something

So first off for anyone wondering about our written and video guide on how to mine Ravencoin in 2020 on their new KAWPOW mining algorithm, you can find all that right here

Ravencoin RVN is GPU mineable again thanks to KAWPOW! [Imgur] Long story short Ravencoin is a mineable cryptocurrency that was originally GPU mined, and later ASIC and FPGA miners took over their network. Ravencoin has now hardforked or changed their mining algorithm to KAWPOW which is basically a tweaked version of ProgPoW, a mining algorithm that seeks to allow GPU and ASIC mining rigs mine effectively on the same network. There are no cur…

@BOGDOSS the reason that no Ravencoin has showed up in your wallet address, is because F2Pool had not paid out any that you had mined yet. Last time I checked you needed a minimum of 100 RVN mined to be paid out, its also not exactly when that number is hit, they pay out only once daily.

You can review your mining performance on their mining pool here, and reference the coins that you accrued there, but are still yet to be paid out. https://www.f2pool.com/raven/RBeMhZNnSuQs2xyJRqbZkQTA8gACPFg2hA

Thank you, i had already switched to a different mining pool bc i didn’t see that one under their website, i’ve gotten a few so far. i’m glad that i figured things out with the help of everyone. Now i might build a miner since i got it to work on my gaming tower. And so, my crypto journey begins! Keep doing what you do @VoskCoin thank you for providing great content and guides/info for us who are new to this and want to get into it