Why I LOVE and HATE Ethereum Mining | Miners and Algorithm Discussion

Ethereum mining literally changed my life, making some incredible friends, financial gains, and spawning a new career in cryptocurrency. Here is my story on mining ETH and why I love/hate it! Sub to VoskCoin - http://voskco.in/Sub

GPU mining Ethereum was one of the best and most profitable decisions of my life, it was also rewarding in many other ways. Ethereum was previously 100% GPU mined on their Ethash mining algorithm, I built a GPU mining rig with parts from Lowe’s, BestBuy, NewEgg, and Amazon, and then I spent my electricity and earned some Ether for decentralizing Ethereums network! Ethereum became more popular and more valuable, massive industrial cryptocurrency mining farms were built JUST AROUND MINING ETHEREUM, it’s insane really. The competition to mine Ethereum on Graphics Cards aka GPUs continued to grow, and that means you are mining less and less Ethereum. Companies like Bitmain and Innosilicon released Ethereum Ethash ASIC miners, which are a more centralized, harder to get, and more efficient Ethereum miner. This video tells my story on how Ethereum not only got me into mining but onboarded me into cryptocurrency as a whole AND spawned the VoskCoin YouTube channel! ProgPoW is a large part of this video review and discussion, and we even have Kristy Minehan OhGodAGirl with a personal message for the VC community! 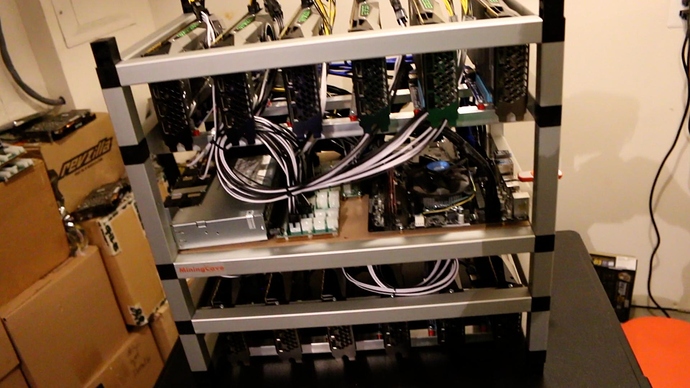